A magnitude 5.4 earthquake jolted some out of bed in Puerto Rico on Saturday morning. A series of less powerful shocks followed ranging from magnitudes 4.9 to 2.6 in the area.

The initial quake was recorded at 7:13 a.m. EDT, 6.8 miles south-southeast of Tallaboa, a small community in the south of the island, the USGS reported. The earthquake caused extensive damage to buildings on the island, including a museum and other historical buildings in Ponce, Puerto Rico. 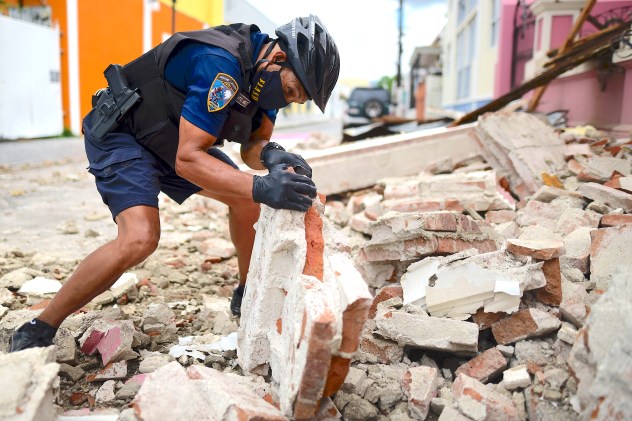 A police officer, wearing a protective face mask as a precaution against the spread of the new coronavirus, removes debris caused by a 5.4-magnitude earthquake, in Ponce, Puerto Rico, Saturday, May 2, 2020. (AP Photo/Carlos Giusti)

People took to social media to share videos and images of damage left behind from the big quake. Pictures show a second-story balcony crashed onto the street in the city of Ponce. 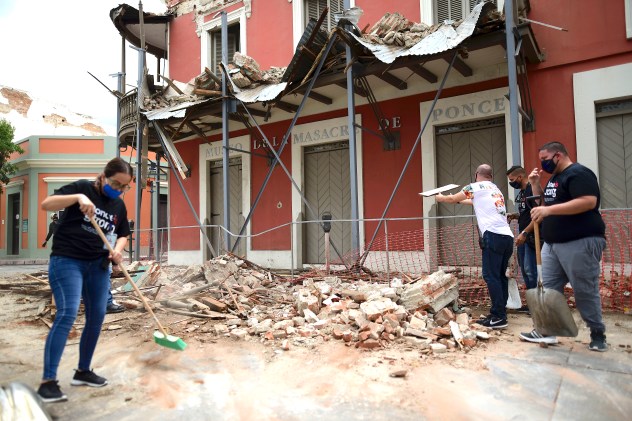 City workers, wearing protective face masks as a precaution against the spread of the new coronavirus, remove debris caused by a 5.4-magnitude earthquake, in Ponce, Puerto Rico, Saturday, May 2, 2020. (AP Photo/Carlos Giusti)

There were also reports of a landslide after a video was uploaded to Twitter showing clouds of dust as rocks were falling near a road.

Saturday's quake hit towns just off the coast including Guánica and Guayanilla, where the deadly Jan. 7 earthquake resulted in hundreds of destroyed homes and caused millions of dollars in damage. 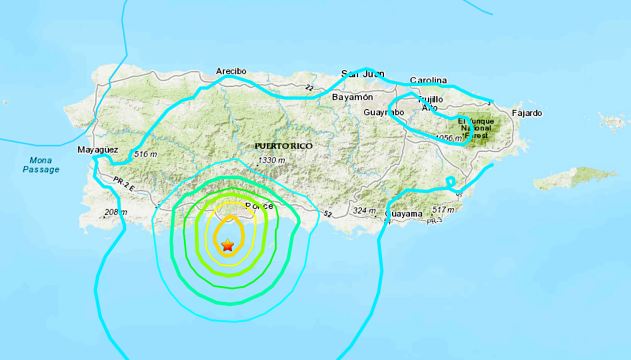 An earthquake hit near Ponce, Puerto Rico on Saturday, May 2. (Image via USGS)

Some people still remain in shelters from the previous quakes earlier this year.

As residents pick up the pieces after this earthquake they may face less-than-ideal weather if recovery spans into the upcoming week.

"Into early week, it is likely for there to be a few showers or a thunderstorm in the area each day. Temperatures during this time are expected to be in the upper 80s with dew points in the lower 70s making it humid. These conditions are near normal for this time of year," Travis said.

Saturday was an active earthquake day around the world. Earthquakes also jolted parts of Greece, the Dominican Republic and Oklahoma.

Watch AccuWeather NOW for the latest on Ian