In times of distress, including hurricanes, tornadoes and floods, the American Red Cross is often on scene helping people. It all started with Clara Barton and the Civil War more than 160 years ago.

Surviving the destruction wrought by tornados, hurricanes or other natural disasters can be a devastating experience. Often, in the immediate aftermath of a catastrophe, people are reeling from shock and the death of loved ones. Dealing with the tasks of cleanup and rebuilding amid such catastrophes can be difficult at best, especially when your home is damaged or destroyed. That's where the American Red Cross comes in.

Workers and volunteers usually identified by the world-renowned bright red cross logo emblazoned on their clothing, are often on scene within hours of a crisis, offering comfort, food and shelter when it's needed most. This concept of an organized, natural disaster response team all started with one incredible woman nearly 150 years ago.

Clarissa Harlowe Barton was born on Dec. 25, 1821, in North Oxford, Massachusetts. She started teaching when she was just 17, ultimately establishing the first free public school in Bordentown, New Jersey. 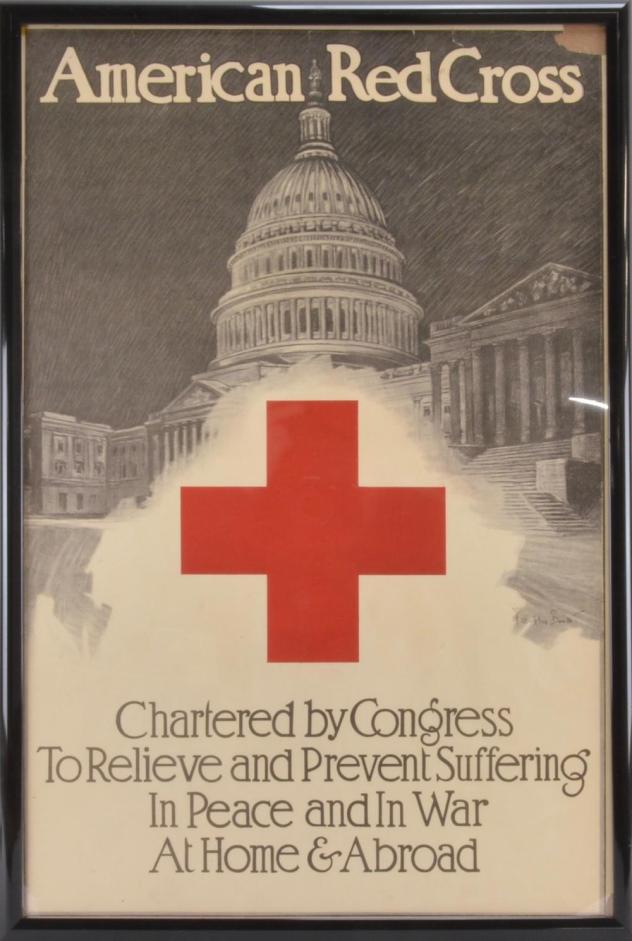 Gail McGovern joined the American Red Cross as CEO and president of the American Red Cross in 2008. She told AccuWeather that Clara Barton was a woman ahead of her time and described the organization's founder as an early suffragette who fought for equal rights. When Barton learned her male teaching colleagues were being paid more than she was, she chose to leave.

"She said, 'I'm not taking a salary anymore. Because I would rather work for nothing than make less than a man.' And she left shortly thereafter and went to D.C. and was at the U.S. Patent Office," McGovern said. In her position as a recording clerk at the U.S. Patent Office, Barton became one of the first women to work for the federal government in 1854 and, as Ohio State University notes, her $1,400 annual salary was the same as the male clerks working in the office. 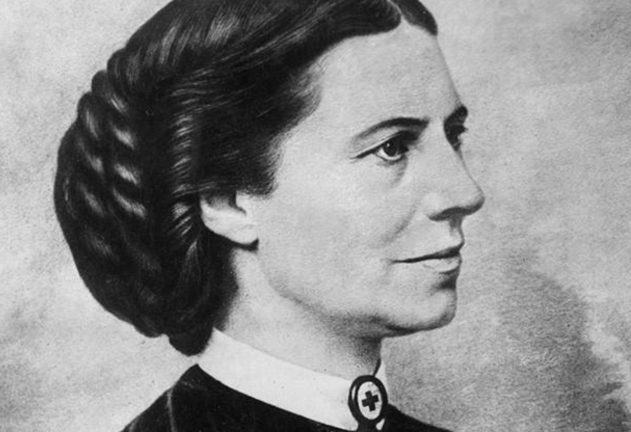 Barton was working at the patent office when the Civil War began on April 12, 1861. One week later, soldiers in Baltimore were attacked by Southern sympathizers. The wounded were taken to Washington, D.C., and Barton rushed there to help. She immediately realized it wasn't just emergency care that was needed. Many of the men were in desperate need of food, medicine, bedding, even clothing. Although she wasn't affiliated with a specific organization, Barton quickly organized ongoing collections for items the soldiers needed, marking the start of her work as a Civil War relief worker.

What was astonishing about Barton, McGovern told AccuWeather, is that while most women kept a distance from the battlefield in their relief work, Barton recognized she was desperately needed in the most dangerous areas of war and did everything within her power to travel to those places. 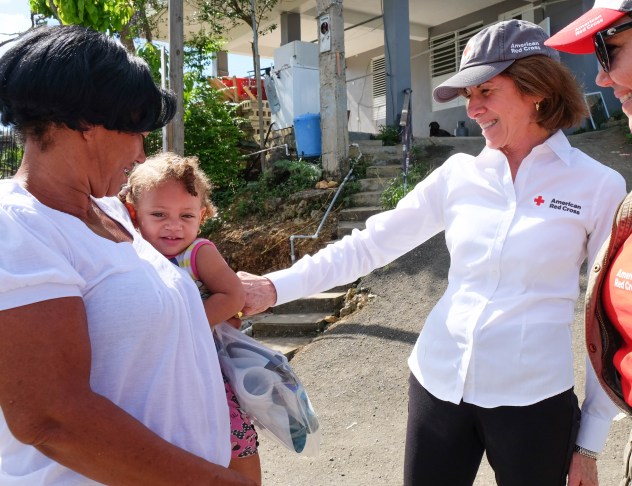 “She had the need to be on the frontlines. Her whole psyche was, 'I see need -- I have to fill it,' which is what made her such a great humanitarian," McGovern said. "She actually filed for a military pass, so she could bring the supplies right in herself and she got engaged in nursing the wounded and cooking for them."

The front lines were a deadly place to be. The horrors of the Civil War experienced firsthand are hard to overstate, yet Barton remained in the thick of it, doing what she could to tend to the wounded and offer whatever support was needed.

“There's a story that at one point she was so close to gunfire that she had a hole in the sleeve of her dress,” McGovern said. 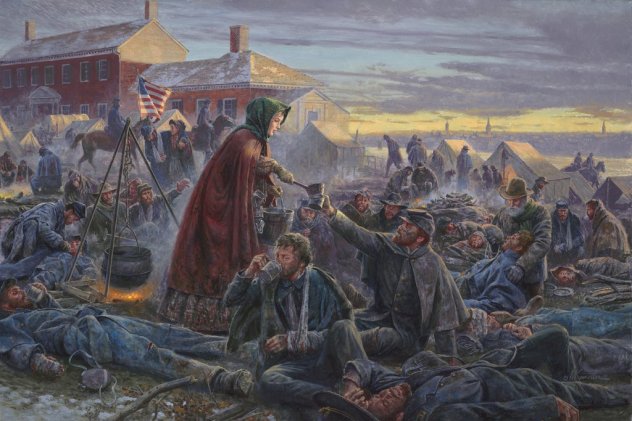 Her tireless efforts on behalf of soldiers ultimately earned her the nickname "Angel of the Battlefield." Barton traveled with the Union Army throughout the Civil War giving aid to Union casualties and Confederate prisoners. Historians note that Barton was present at the Battle of Antietam where, instead of bringing up the rear with medical units, she traveled all through the night to make it to the front lines where surgeons had run out of bandages and were trying to wrap wounds with corn husks.

In 1865, Barton returned to Washington, D.C., and established the Missing Soldier's Office where she corresponded with families inquiring about soldiers who had been reported missing. This work led her to establish the Bureau of Records of Missing Men of the Armies of the United States. She and her assistants responded to more than 63,000 letters from families searching for lost sons, husbands and friends. By 1868, the office had identified more than 22,000 missing soldiers.

In 1869, Barton visited Geneva, Switzerland, and learned of the International Committee of the Red Cross, which had been founded a few years earlier to improve medical services on the battlefield. She knew something similar was needed in the U.S. and worked for years with influential friends, including famed abolitionist Frederick Douglass, pushing Congress to either join the international committee or create its own organization. 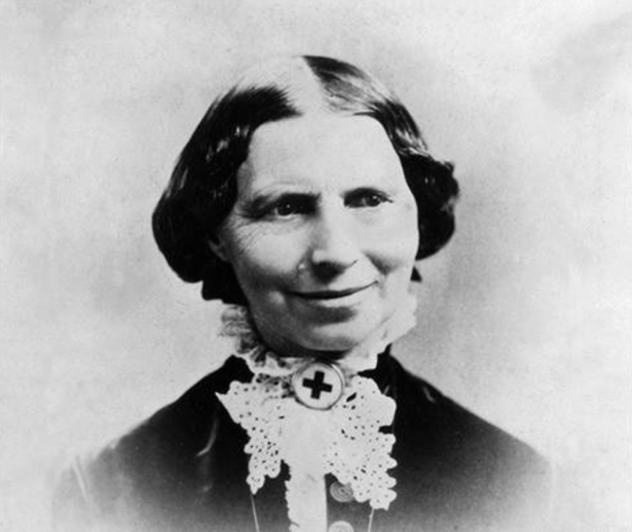 In 1881, Barton finally succeeded in establishing the American Red Cross. She served as its first president for the next 24 years. However, Barton's vision extended well beyond what the International Red Cross had created to offer medical support during times of war. She believed the American Red Cross could go above and beyond this mission and provide relief during peacetime disasters. 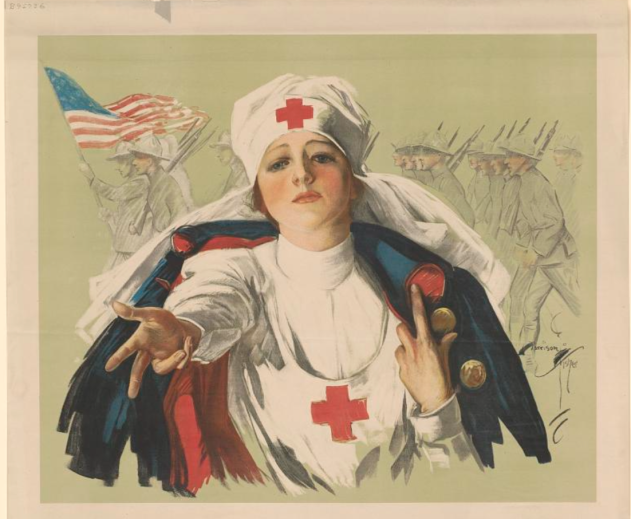 The 1889 flooding disaster in Johnstown, Pennsylvania, allowed the new organization to show what it could really do. Following days of spring rain, a dam on the Conemaugh River broke, flooding the town and killing 2,209 people. Five days after the flood, Barton, who was 67 by then, arrived with 50 Red Cross volunteers from Washington, D.C. 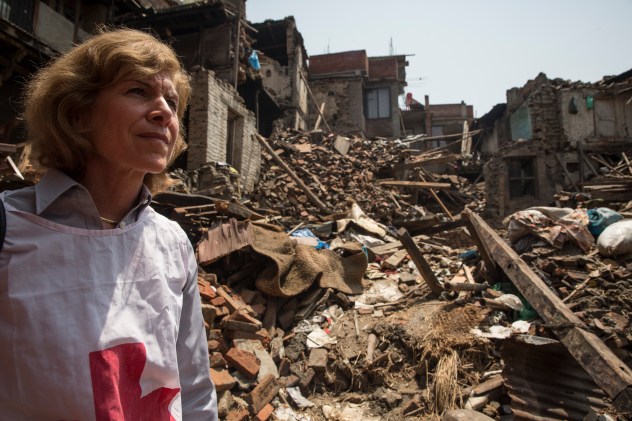 BHAKTAPUR, NEPAL -MAY 5, 2015: Gail McGovern witnesses the destruction caused by the massive earthquake in the old city. (Photo by Paula Bronstein/American Red Cross)

According to the Johnstown Area Heritage Association, "The exhaustive news coverage of the Johnstown flood and the relief effort helped establish the American Red Cross as the major disaster relief agency in the United States." 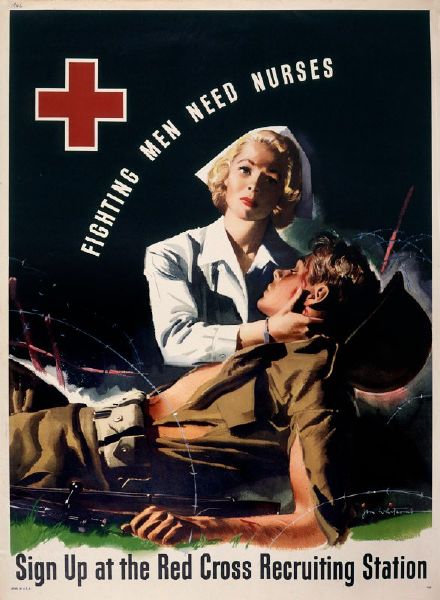 Nearly 140 years after Clara Barton became the first president of the American Red Cross, Gail McGovern has overseen the American Red Cross response to multiple high-profile disasters across the country and around the world, including Hurricane Sandy in 2012, hurricanes Harvey, Irma and Maria in 2017, as well as the multitude of tornadoes, hurricanes, floods, wildfires, home fires and other local disasters that affect people each year. She told AccuWeather she feels a strong connection to the woman who created the original blueprint for disaster response.

"In my office is a picture of Clara ... And I can't even tell you how many times I look at that picture, and I look in her eyes and I think, 'What would Clara do?'" McGovern said. "Because she always did the right thing, even if it was hard to do." 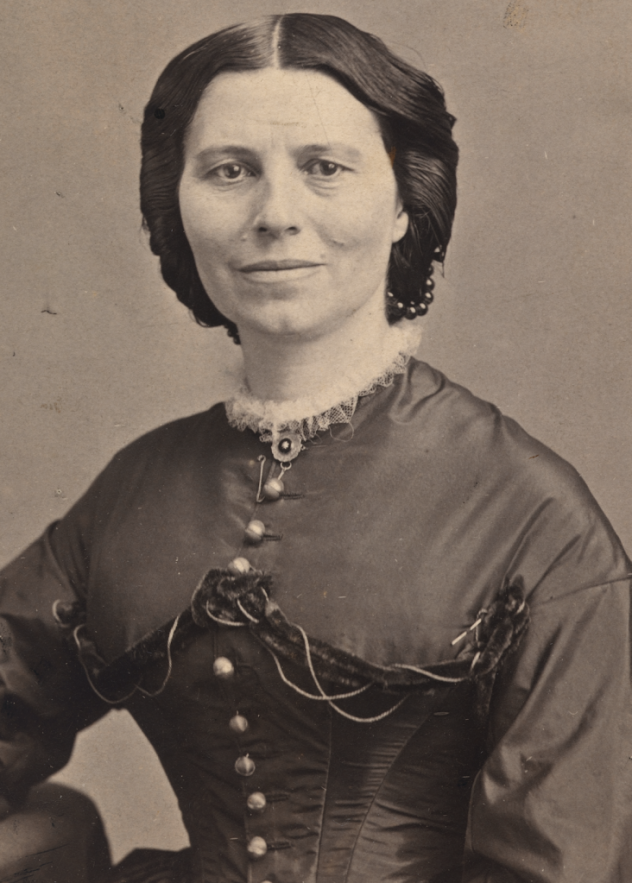 The American Red Cross responds to 60,000 disasters a year and supports the military. Just as Barton did all those years ago, the Red Cross continues to field phone calls from veterans and their families.

"We handle about a half a million phone calls every year from veterans, from military members, from their families," McGovern told AccuWeather. "These are anything from, 'Get my daughter home, her dad is on his deathbed,' to 'Get my husband home, he's about to become a father.' These are the kinds of care and comfort in modern days that were based on what Clara began." 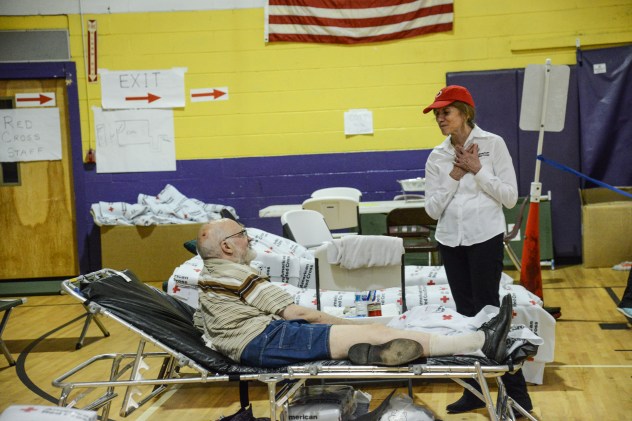 McGovern, who told AccuWeather her first book report in elementary school was on Clara Barton's life, calls Barton the original change agent and says her DNA lives through the American Red Cross today.

"I have a quote of hers that I hung on one of the walls in my office, and it says, "I defy the tyranny of precedence, I always look for ways to improve the past," and that completely embodies what the Red Cross does today. Every time we respond to a disaster, we say 'what did we do right, what did we do wrong?' And I think we, as an organization, defy the tyranny of precedence. We are always looking for ways to do better."