California’s annual snow survey performed by the Department of Water Resources on April 1 revealed that the state had received about 50% of its average precipitation, tying for the third driest year on record.

A snow survey in California revealed that the state only received about 50% of its average precipitation during the 2021 water year, tying it for its third-driest on record.

The snow survey, which is conducted annually by the Department of Water Resources (DWR), records precipitation for the water year, which extends from October to March. The survey recorded a snow depth of 49.5 inches and a snow water equivalent, which measures the amount of water contained within the snowpack, of 21 inches, on April 1.

April 1 is typically when snowpack is at its deepest in the state and has the highest snow water equivalent.

"With below-average precipitation statewide, California's reservoirs continue to show the impacts due to dry conditions," Sean De Guzman, chief of snow surveys for the California Department of Water Resources, said.

This year's water season tied for third-driest on record with the 2014 season. The second-driest year on record was 1924, and the driest on record was 1977, when an area of high pressure parked off the West Coast and deflected storms away from California and instead pushed them into the Pacific Northwest. Precipitation during the 1977 water year was less than 35% of average, according to a report from the comptroller general of the United States. 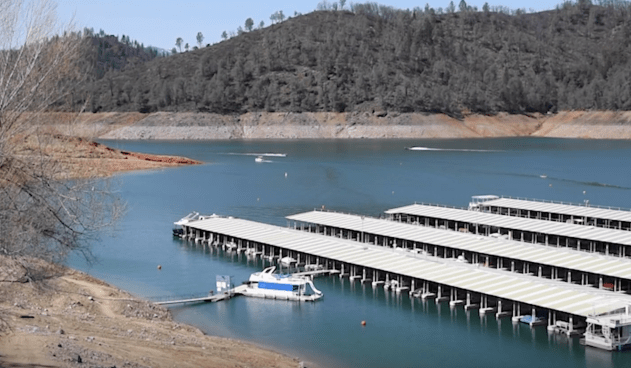 Lake Shasta, the largest surface-level reservoir in the state of. California, recorded just 65% of what is considered average in terms of precipitation this year. (California Department of Water Resources)

Statewide, De Guzman said the largest reservoirs are holding around half of their total capacity. When current snowpack melts, reservoirs in the state are still only expected to be filled up to 58% of average capacity. 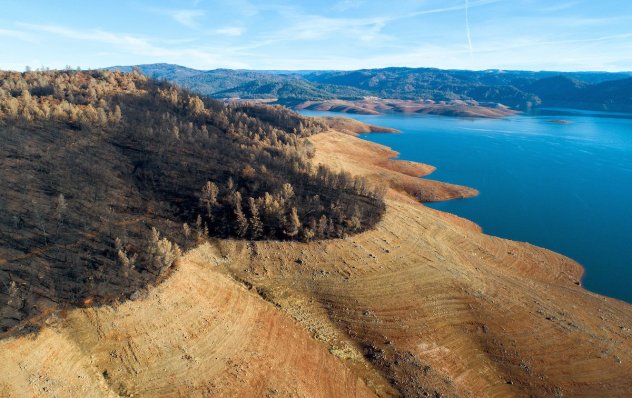 La Niña occurs when the central and/or eastern equatorial Pacific cools down on the surface while the western equatorial Pacific warms up on the surface. The phenomenon results in changes to surface and upper-atmosphere wind patterns that drive air masses around the Earth. This year, moisture and storms were driven north of California, hitting the Pacific Northwest with plenty of precipitation and leaving California without much at all.

"One thing we noticed about this La Niña this year was a large ridge of high pressure over the northern Pacific that steered storms mostly to the north of California," Smerbeck explained. "The Pacific Northwest did well with precipitation, but farther south these storms dried out across California."

According to Smerbeck, a dry water season in California can allow for fire season to begin earlier in the year as temperatures rise with less water available to evaporate, resulting in drier vegetation.

"Our long-range team is very concerned about an extreme fire season across Northern California," Smerbeck said. "However, being that this is the second dry year in a row, the chances of 'whiplash' is less."

Whiplash occurs when a wet season allows a lot of vegetation to grow, followed by a dry season, where the vegetation can dry out and serve as fuel for wildfires. 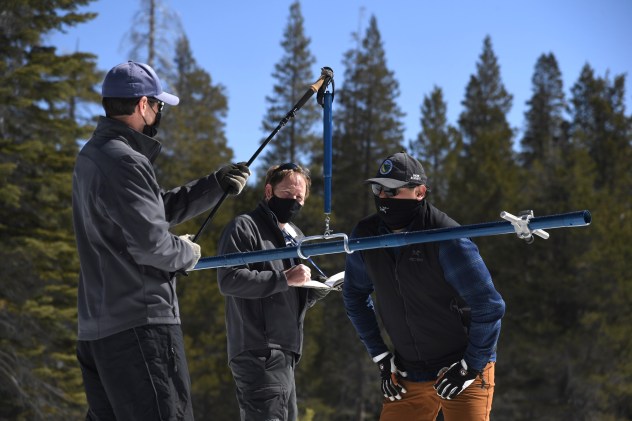 Meaningful rain isn't likely to arrive across the state through next week, and just a little precipitation may arrive the week after that, according to AccuWeather Senior Meteorologist Dave Samuhel. The state is "running out of time" for chances of significant rainfall, he added.

"Average rainfall during May is under an inch pretty much everywhere in the state," Samuhel said, adding that the one exception is across northwestern parts of the state.

As the season transitions from spring into summer, the jet steam begins to weaken, and it becomes difficult for tropical moisture to be drawn northward into the region in order to fuel rainfall.

A large pool of colder-than-normal water that has developed off the California coast will further act to limit the moisture that any weather systems can tap into for the remainder of spring.

The next good chance for rain across southern and central portions of California may not be until the middle or latter part of the North American Monsoon Season, which begins on June 15 and ends on Sept. 30, according to AccuWeather Lead Long-Range Forecaster Paul Pastelok.

"There is no doubt California is in a critically dry year. State agencies, water suppliers and Californians are more prepared than ever to adapt to dry conditions and meet the challenges that may be ahead,” Department of Water Resources Director Karla Nemeth said in a statement.

According to the DWR, the state of California is much better prepared for drought now than it once was. Following a drought extending from 2012-2016, the state enacted programs focused on water conservation to make the most of what it has in a given year. This year, The DWR expects to be able to deliver 5% of requested supplies to the State Water Project allocation, which is down from the 10% that was initially planned for.