As Americans increasingly opt to spend more time at home due to shifts in lifestyle and the growth of information technology, they’re helping the environment by saving energy, according to research.

In 2012, Americans saved 1,700 trillion British thermal units (BTU) of heat, or 1.8 percent of the national total, according to an analysis from researchers at the University of Texas at Austin.

The American Time Use Survey, which measures the amount of time people spend doing various activities, reported that in 2012, United States residents spent an extra 7.8 days at home compared to 2003.

Researchers found that the younger crowd of individuals aged 18 to 24 are most likely to spend much of their time indoors. 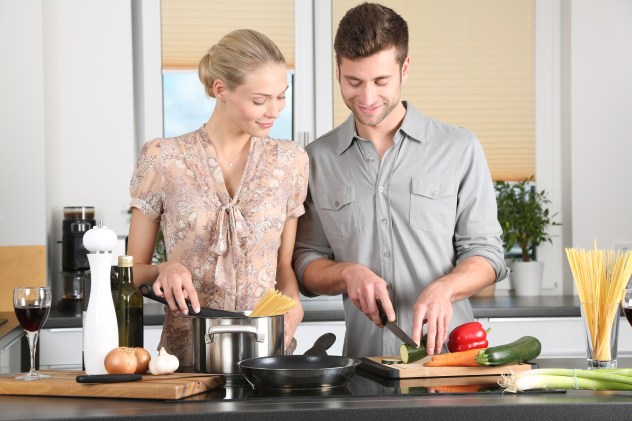 This group spent an additional 14 days at home in 2012 compared to 2003, resulting in four fewer days of traveling and 10 fewer hours of time spent in non-residential buildings.

“Millennials, who in recent times have become the largest home-buying cohorts, are proving to be serious homebodies,” said Dan DiClerico, smart home strategist and home expert for the homeowner resource company HomeAdvisor.

“Many of them would rather cook at home than eat out,” DiClerico said. “Not only does it save money, but it’s a lot healthier.”

Researchers point to a rise in working from home as well as increased use of computers and video streaming services as reasons Americans don’t go out as much as they once did.

“The traditional work culture is changing, and many employers today allow their employees to work remotely, given the advancement and availability of high-speed internet to video conferences and Skype,” said Dr. Kumar Venayagamoorthy, professor of electrical and computer engineering at Clemson University.

“[Additionally,] the internet is a greater gateway, bringing the world to one’s laptop, tablet, smart television or smartphone and meets many of the needs of one wanting to go out to get something,” Venayagamoorthy told AccuWeather.

“Where there is total energy consumption reduction from electricity and transportation usage, there will be a positive impact on the environment solely from reductions in emissions, assuming the use of traditional sources of energy,” Venayagamoorthy said.

However, where people typically use public transportation to get around, including buses and subways, staying at home may not contribute to a reduction in energy consumption, Venayagamoorthy added.

Although spending more time at home adds up to increased energy use indoors, researchers report that additional residential energy use is more than compensated for by reductions in transportation use.

“There are lots of benefits from less driving: better air quality, less contamination of water and soil from fuel spills and less export of carbon dioxide to the atmosphere,” said Skip Judson Van Bloem, director of Clemson University’s Baruch Institute of Coastal Ecology and Forest Science.

“As we continue to raise atmospheric carbon dioxide concentrations, the atmosphere traps more heat, which provides more energy for storms like hurricanes and blizzards,” he added.

“Anytime people can reduce the use of fossil fuels like oil and gasoline, we benefit the environment,” Van Bloem said.

Reducing energy use at home

Spending more time at home, while saving energy, can also deplete energy through increased use of electricity as well as heating and cooling, which account for much of a household’s energy use.

“Upgrading to a smart thermostat, which will automatically adjust the temperature when they’re asleep or away, delivers the biggest bang for the buck, slashing energy costs by nearly $200 per year,” DiClerico said.

On average, Americans own more than 20 household electronics, according to the United States Department of Energy.

DiClerico recommended the use of advanced power strips for electronic devices to prevent them from drawing power when not in use.