Air pollution may hold connection to spread of new coronavirus

After a long stretch of clean air in Southern California during COVID-19 stay-at-home orders, officials say summer smog is making a comeback.

A new study released by the World Bank Group found that areas with more air pollution have a higher number of confirmed COVID-19 cases and related hospital admissions than densely populated areas, once again raising the specter that pollution particles are capable of transmitting COVID-19.

Atmospheric particulate matter with a diameter less than 2.5, also known as PM2.5, "Is a highly significant predictor of the number of confirmed COVID-19 cases and related hospital admissions," the study found after a regression analysis, taking into account other demographic factors.

"Combined, the regressions thus provide strong evidence that PM2.5 plays a role in COVID-19 case incidence that cannot be attributed to demographics or health pre-conditions," the study noted. 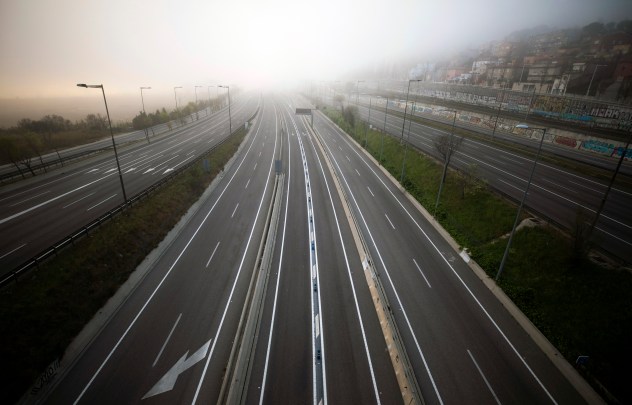 In this Sunday, March 15, 2020 file photo, the highway leading to Barcelona is seen empty of cars. The European Environment Agency says that air quality was improving. (AP Photo/Emilio Morenatti, File)

Particulate matter is a type of small, fine dust in the air that's practically invisible, but it works its way into the lungs. Even without the threat of the virus, this form of air pollution can cause serious health impacts such as cardiovascular disease and respiratory illnesses.

"The risk of infection of some airborne viruses has been shown to increase in the presence of ambient fine particles that can stay in the air for long periods, travel far distances and penetrate deeply into lungs," the researchers explained in the study, titled "Incidence of COVID-19 and Connections with Air Pollution Exposure.”

The idea of a virus traveling through particle matters is nothing new, as past studies have pointed out that cases of the measles in China increased one to three days after short-term exposure to air containing high concentrations of PM10 and sulfur dioxide.

Italian scientists have also hypothesized that SARS-CoV-2, the virus that causes the COVID-19 illness, could travel via particulate matter, and even detected it on the minuscule pollutant. However, it is not yet known how transmissible it might be on pollution particles or if the amount would be enough to infect someone, The Guardian reported. The work has not been peer-reviewed, however.

"What we do know is that air pollution is inextricably linked to our overall health, and in particular, our respiratory systems," Dr. Boris Quennehen, an atmospheric scientist at Plume Labs, told AccuWeather in an email. "Understanding what we are being exposed to, where, and for how long, is more important than ever." AccuWeather an Plume Labs recently launched a partnership that allows internet users to quickly check current air quality conditions in a specific location.

In the U.S., cities with the highest average-annual particulate matter levels include Fresno, California, El Paso, Texas and Montgomery, Alabama, according to data from Plume Labs. 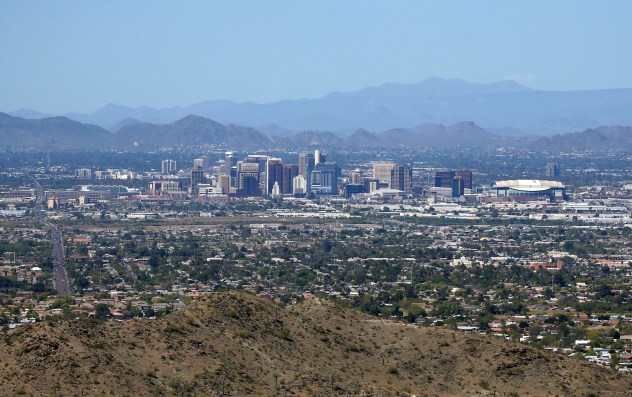 The downtown Phoenix skyline was easier to see on Tuesday, April 7, 2020, as fewer motorists in Arizona are driving, following the state stay-at-home order due to the coronavirus, and it appears to be improving the air quality and decreasing the effects vehicle emissions have on the environment. (AP Photo/Ross D. Franklin)

The study by Andreé compares maps of different European nations showing the distribution of confirmed COVID-19 cases per 10,000 inhabitants. Across the Netherlands, Germany, Spain and Italy, areas that had high industrial importance consistently showed high numbers of confirmed cases. While in some cases, these areas also had dense populations, such as Italy's Lombardy region, one nation stood out.

The population of the Netherlands is mostly concentrated on the western side of the nation, where major cities like Amsterdam and Rotterdam are located. However, the western half of the nation had a lower density of confirmed cases than the southeastern portion, specifically in Brabant.

"While Brabant is not the most populous province, it accounts for the highest contribution to nationwide industrial GDP," the study noted.

Spain, while its confirmed cases were clustered around the capital city of Madrid, the eastern coast also holds a high population. In these areas, however, the case density is lower than in similarly populated areas like Madrid.

"This suggests that case incidence in the other country does not simply follow population densities, but that other factors play a role," according to the study. 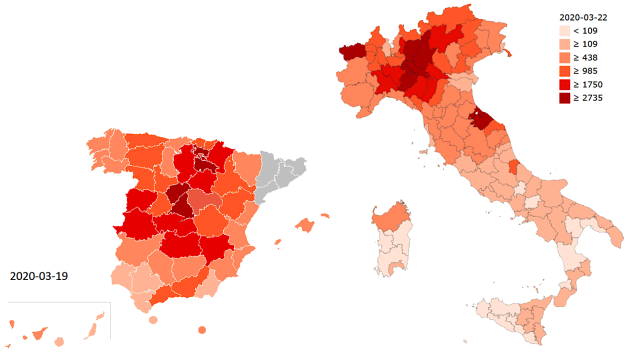 In Italy, the Po Valley in northern Italy is home to cities air so thick with pollution that, according to the Air Quality Life Index, living in that region cuts half a year off of a resident's life expectancy. The Lombardy region sits in this valley and was at one point an epicenter for new coronavirus cases. Even though this area is also highly populated, the study notes that case incidence doesn't seem to trend strongly with Italy's population distribution as Rome and Naples, two highly populated cities, didn't stand out on the case density map. 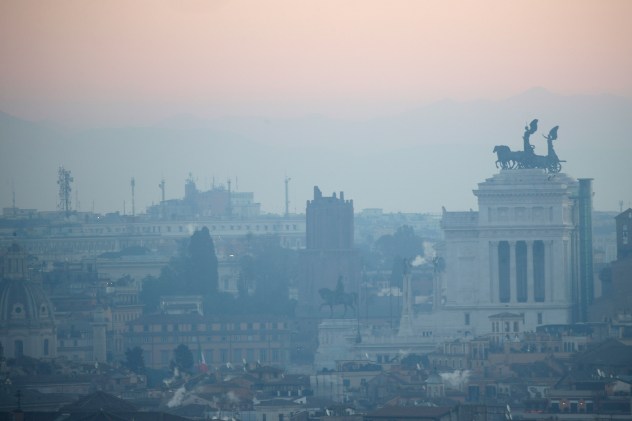 As for the map of Germany, the study notes two major areas with high-case density -- the western area near the border, which holds major industrial regions and the southeastern part near Munich where mobile industry has a heavy presence. Both areas are highly populated, which makes any relationship between air quality and the virus blurry.

However, the study concludes that together, the maps suggest that environmental factors beyond population density could play a role in the transmission of the novel coronavirus.