An unsettled winter season will be dominated by powerful windstorms and wet weather from the British Isles into northern Europe.

Meanwhile, areas from southern Portugal and Spain through Italy and the Balkan Peninsula can expect bouts of mild to warm weather throughout the winter. 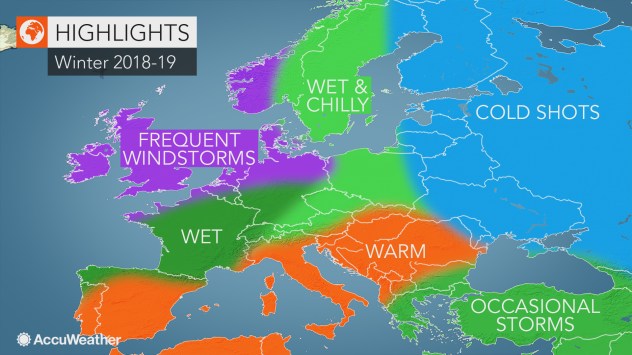 Windstorms to batter British Isles, northern Europe throughout the season

Areas from Ireland and the United Kingdom into northern France, Germany and Scandinavia will be at risk for frequent windstorms this winter.

Wet weather experienced during autumn will continue right into winter across Ireland and the United Kingdom as storms from the Atlantic bring the risk for damaging winds, flooding and travel disruptions.

The official windstorm season got off to a fast start with back-to-back named storms -- Ali and Bronagh -- in late September, followed by a third, Storm Callum, on 10 October, giving a preview of the upcoming winter.

Orionid meteor shower set to peak across Europe: Will you be able to see it? Constantly cold? These 5 medical conditions might be behind your persistent chill Life-saving items to keep in your car in case a winter emergency happens Eastern Spain faces highest risk for flooding, mudslides into Friday

While the season as a whole will feature more windstorms than normal, the most active part of the winter is expected from January into February.

"Some locations that will be at the highest risk for significant impacts from multiple windstorms this season includes Cardiff, Manchester, Belfast and Glasgow," AccuWeather Meteorologist Tyler Roys said.

"While there will be plenty of windstorms throughout the winter, we do not expect the Beast from the East to return. That's not to say there won't be cold and snow, but accumulating snowfall will be limited to the more typical areas," he added. 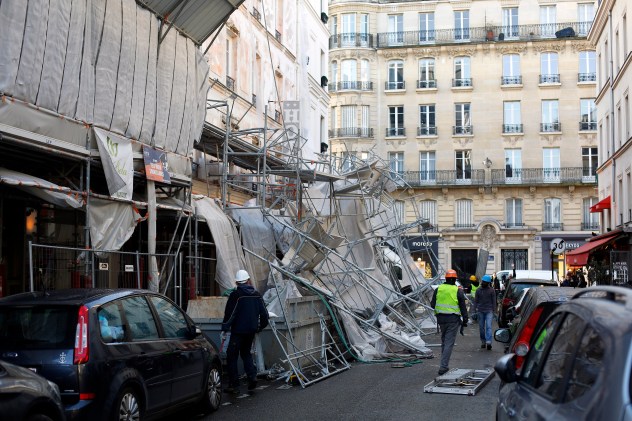 A scaffolding collapsed due to a violent windstorm, in Paris, Wednesday, Jan. 3, 2018, as France's national electricity provider reports 200,000 households without electricity across the country, including 30,000 in the Paris region due to storm damage. (AP Photo/Thibault Camus)

The greatest risk for windstorms during the month of December will be from northwest Spain into France.

Later in the season, as storms become most frequent, areas from Ireland and the United Kingdom into Belgium, Netherlands and northern Germany will endure several powerful windstorms.

Storms repeatedly striking the same areas will heighten the risk for wind damage and flooding, as the soil remains saturated and structures are weakened.

"Despite the above-normal rainfall, we do not expect flooding to be as severe as the winter of 2013-2014," AccuWeather Senior Meteorologist Alan Reppert said.

Temperatures throughout the winter are forecast to be near to above normal across all of northern and western Europe as the frequent storms from the Atlantic arrive with mild air and prevent cold Siberian air from pressing westward like last winter.

Additional windstorms are forecast to batter the British Isles into March and early April.

Wet and unsettled weather to prevail from northern Spain into Germany

While windstorms will be a risk from the Iberian Peninsula into France and southern Germany, frequent bouts of rain will make for a wetter-than-normal winter.

The greatest risk for windstorms will be during the month of December; however, active weather will continue throughout much of the season. 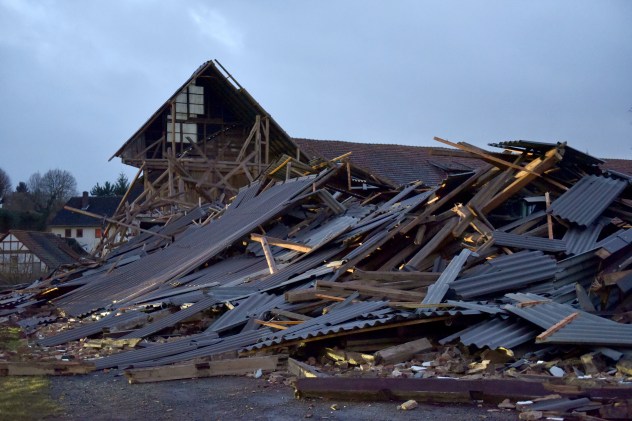 Drier spells will build from northern Spain into southern France during January and February. This shift to drier weather will be accompanied by higher-than-normal temperatures.

Areas from central and northern France into southern Germany will continue to deal with bouts of rain, leading to localized flooding.

While it will be wet throughout the season, temperatures will still climb above normal each month from France into Germany.

The Beast from the East is not expected to return this winter after causing record-breaking cold and snow late last winter.

As storms batter parts of northern and western Europe through the winter months, much of the Iberian Peninsula will dodge the worst wind and rain while having temperatures soar well above normal.

Some early season rain and even a windstorm are possible during December in parts of Portugal and Spain; however, the season will feature largely dry weather with above-normal temperatures.

"The early season rainfall will further ease any concerns of drought, following a wet autumn for much of Iberian Peninsula," Reppert said.

While drought is not a major concern from this winter into the upcoming spring, long spells of dry weather will bring a risk for wildfires during the winter and could set the stage for a more active wildfire season next spring and summer. 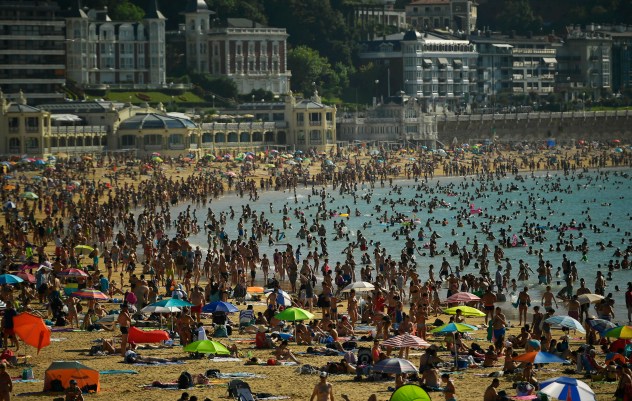 Farther east, the switch to drier weather will be welcome across the central Mediterranean, including Italy, where frequent storms during the autumn months caused flooding and damage.

A drier- and warmer-than-normal winter could also give a boost to the region’s economy as stormy weather across northern and western Europe will send sunshine-seekers to the region.

This warmth will also extend into the Balkan Peninsula where a warmer-than-normal winter will limit the threat for low-elevation snowfall.

"One exception is Greece, where cold air and rainfall will dampen the winter season at times," Reppert said.

The lack of lasting cold and infrequent storms could have an adverse effect on skiing across the Balkans.

Stormy weather will instead focus on the western Alps where a slow start to the season could transition to heavy snowfall from December into February. Mild surges of air between these storms could heighten the risk for avalanches.

Cold shots to grip eastern Europe; Beast from the East held in check 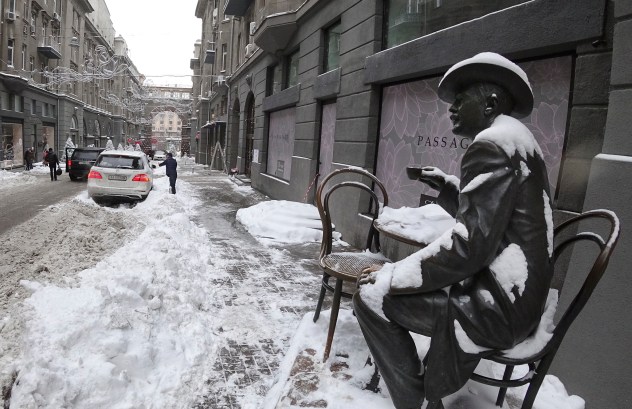 The Beast from the East rocked northern and western Europe with some of the coldest and snowiest weather in years earlier in 2018; however, a repeat of that extreme weather is not expected this winter.

While bitter cold is not expected to encompass all of Europe, several blasts of cold air will descend on eastern Europe with a few pushes westward into central Europe.

The coldest air of the winter will be found from Finland to Ukraine as cold air presses in from Siberia on multiple occasions.

The active storm pattern over western Europe, combined with these cold intrusions will set the stage for snowfall events at all elevations across the region.

Eastern Europe will be at the greatest risk for a major snowstorm during the second half of the winter.

These surges of cold air will at times be able to press westward into Poland, Czech Republic and Austria in January and February, bringing the risk for accumulating snowfall.