Peak tornado season starts in the spring, so it's important to be prepared and know the facts apart from the myths. Some myths surrounding tornadoes could be deadly to believe.

MYTH No. 1: Green clouds indicate a tornado is forming

A big misconception is that dark green and blue clouds could signal that there is a tornado. These clouds are typically only an indication of a strong thunderstorm, not necessarily a tornado.

"Tall and towering thunderstorm clouds cause light to be reflected in such a way that the cloud can appear green," AccuWeather Senior Storm Warning Meteorologist Phil Warren said.

"Since tornadoes are usually associated with strong thunderstorms, I imagine that is how some people could think that green clouds were indicative of a tornado," Warren said.

Tornadoes are still able to form when green clouds are present, but these clouds shouldn't be used as an indicator for tornadoes. Instead, experts recommend heeding all severe storm and tornado-related warnings. 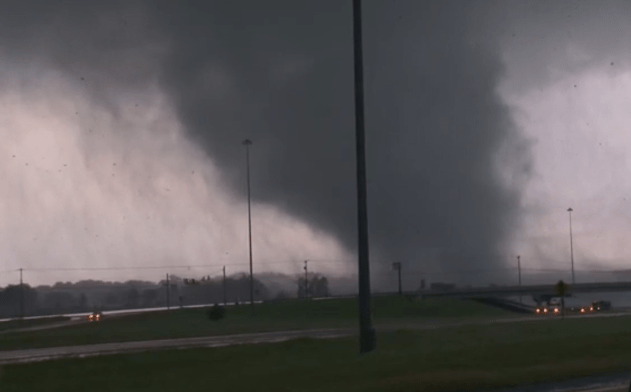 MYTH No. 2: Seeking shelter under an overpass is safe

Another myth which could prove deadly is that seeking shelter under an overpass is safe. Experts warn that an overpass is not a safe shelter if a tornado is approaching.

"Winds will actually funnel under the bridge and accelerate, which can cause the car to be pulled out," Warren said.

Debris is another concern as the tornado can slam cars and other objects underneath bridges.

If you happen to be caught on the highway and cannot get out of the path of a tornado, Warren said seeking shelter in a ditch or remaining in your car is safer than being under an overpass.

A classic myth is that people should open windows in their home before a tornado strikes. This myth emerged because people thought they should let the air pressure equalize, which would in turn limit the damage to the house. 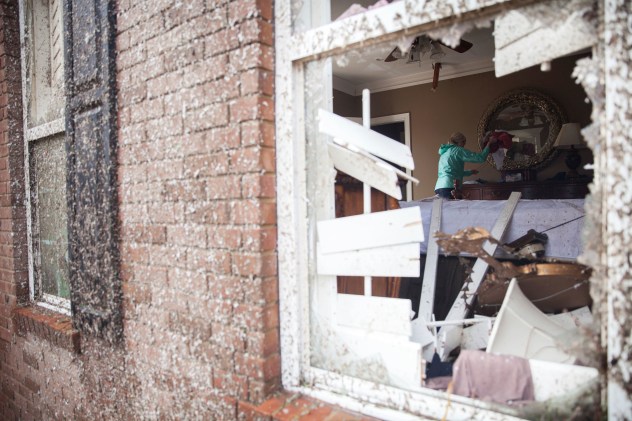 "In reality, even though tornadoes have very low atmospheric pressures associated with them, most damage is inflicted by their strong winds as well as objects that they pick up being slammed into structures," Warren said.

Regardless, if a tornado is approaching, it would be unsafe to spend time opening windows rather than getting into shelter.

MYTH No. 4: Take shelter in the southwest corner of a basement

Another misconception surrounds the safest location to seek shelter in a house. Some believe the southwest corner of your basement is the safest spot, but this is a myth.

The safest place to take shelter during a tornado is an interior room or bathtub on the lowest floor of your home or building, as far as possible from exterior walls and windows. Strong tornadoes can easily hurl debris through brick and cement walls.

Warren said this myth comes from the fact that most tornadoes move from southwest to northeast.

"If you have a tub or closet in your basement, those would be good options," Warren said, adding that these reinforced structures can add protection.

Rooms that have more walls versus ceiling or floor area will offer more protection than a large, open room or floor plan, according to AccuWeather Senior Meteorologist Alex Sosnowski.

"People should grab a blanket or quilt and cover themselves and wear shoes no matter where they choose to hide," Sosnowski added. "After the storm, there will be debris, which is not a good thing to walk on in bare feet."

MYTH No. 5: Tornadoes form only on flat land

Some believe certain areas by rivers, mountains, valleys, tall buildings or other geographical or man-made features are protected from tornadoes, but the truth is tornadoes can form almost anywhere if the right ingredients come together.

While certain geographic areas are more prone to tornadoes than others, tornadoes are not impeded by bodies of water or mountains and they can certainly impact large cities. 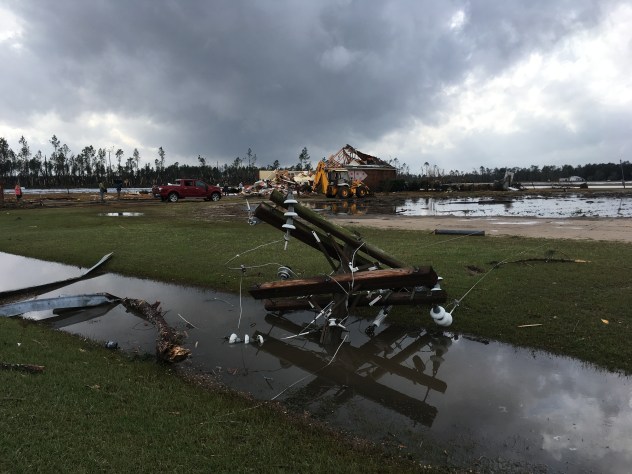 "...when the ingredients are available, it doesn't matter the location, the time or the topography," AccuWeather Chief Broadcast Meteorologist Bernie Rayno said.

A body of water won't protect you from a tornado. If a tornado forms on land, it is still able to cross bodies of water such as lakes and rivers. Tornadoes can even form over water.

MYTH No. 6: All tornadoes are visible as they approach

Some people wait to see a tornado to believe it, but this is very dangerous because sometimes the funnel of a tornado will not be visible.

While you may be able to spot some tornadoes from a good distance, others may be wrapped in heavy rain and barely visible at all. Debris, sand and dark skies can also hinder visibility.

A loud roar is a good indicator because tornadoes give off a continuous rumble, similar to a train sound. Debris will also make loud noises as it hits objects.

Tornadoes and travel: How to stay safe inside an airport or hotel How are tornadoes rated using the Enhanced Fujita Scale? Psychology of warnings: Why do people ignore important weather alerts? Identifying nature’s dangerous whirlwinds: A guide to 5 types of tornadoes

Experts agree that you should seek shelter immediately if a tornado warning is issued, without waiting to see or assuming that you will be able to see a tornado approach.