Countless secrets have been lost to the unrelenting forces of time and nature as they erode remnants of prehistoric life, ancient civilizations and even humanity's closest ancestors.

While Mother Nature's influence is often destructive, and decay inevitable, in some circumstances, climate, environmental factors and weather have led to some of the most exciting, mysterious and academically important discoveries of all time.

Nearly everyone, including paleontologists, archaeologists, historians, philosophers and scholars, have sought answers by examining pieces of the past in order to identify who we are and where we come from.

Take a look at five of some of the world's most amazing discoveries that were preserved by environmental factors.

Beginning in 1947, one of the most important discoveries of the 20th Century occurred along the steep cliffs and desert caverns, which are located near the Dead Sea.

During the spring, Bedouin goat shepherds stumbled upon several ancient jars that contained seven unique manuscripts while searching a cave for a lost goat.

Throughout the next decade, several additional archaeological discoveries were made by the Bedouin and archaeologists around the original site, Khirbet Qumran. 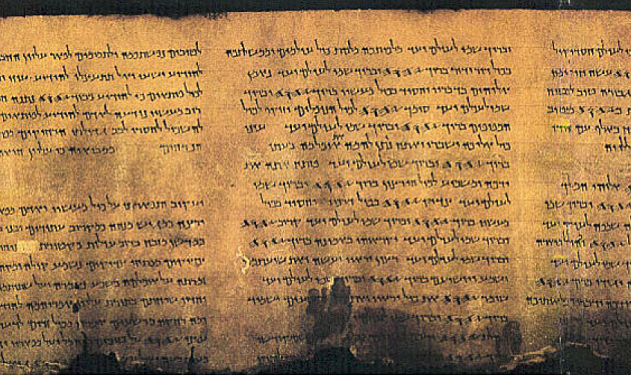 The Dead Sea is a salt lake bordered by Jordan, Israel and the West Bank. It is fed by several tributaries including the Jordan River.

Due to its high salinity and low elevation inside a deep basin, the climate of the Dead Sea region is unique. Atmospheric humidity in the area is relatively low and nearby regions are arid, which provided a very conducive environment for the preservation of the scrolls over the course of thousands of years.

"The fact that they survived for twenty centuries, that they were found accidentally by Bedouin shepherds, that they are the largest and oldest body of manuscripts relating to the Bible and to the time of Jesus of Nazareth make them a truly remarkable archaeological find," according to the U.S. Library of Congress.

The manuscripts found in the Qumran caves feature the earliest known copies of biblical texts written in Hebrew and Aramaic languages, along with prayers, hymns and other Jewish writings including pseudepigrapha, or books attributed to ancient biblical characters like Enoch, according to the University of Southern California.

"They represent more than 1,400 original documents, some complete or nearly complete [such as the Great Isaiah Scroll], but many quite fragmentary," The Dead Sea Foundation reports.

According to the foundation, there are close to 100,000 fragments of the scrolls. The scrolls themselves are comprised of parchment, or animal skins, some of which stretch as long as 30 feet.

Since their discovery, they have fascinated archaeologists, scholars and people around the world, making them one of the most mysterious, interesting and controversial discoveries of the modern age. 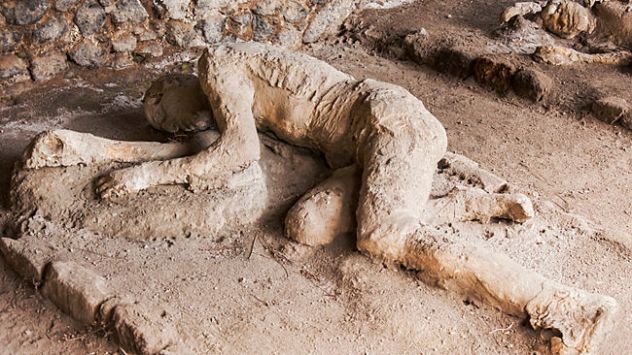 Frozen in time and entombed in a shell of volcanic ash, the victims of Pompeii have been preserved by the same tragedy that ended their lives nearly 2,000 years ago.

The once-thriving Roman city of Pompeii was destroyed by the powerful, volcanic eruption of Mount Vesuvius in 79 A.D., a disaster that has allowed pieces of the ancient Roman way of life to survive throughout the ages.

When the eruption occurred, it blotted out the sun, sent plumes of ash hundreds of feet into the atmosphere and unleashed a fatal ash plume that smothered the nearby city.

Following the eruption, a massive landslide sent a deluge of mud and debris down the mountainside at immense speeds, burying the city and its doomed inhabitants. It was eventually lost to time and forgotten.

Since its rediscovery in the 18th century, streets, buildings, relics and ancient human remains have been unearthed, providing archaeologists with greater insight into the region's past. However, even today, almost a third of the ancient Roman city remains buried.

"Volcanic ash long protected Pompeii, but much of it has now been exposed to the elements for many years. The combined wear of weather, pollution, and tourists has created a real danger of losing much of what was luckily found preserved," according to National Geographic.

In September, archaeologists released their finding after conducting CT scans of some of the victims, indicating their diet was likely high in fiber and low in sugar due to the condition of the teeth, according to a report from DailyMail.com.

In addition, many of the victims suffered head injuries, likely due to falling debris at the time of the eruption, the report said. 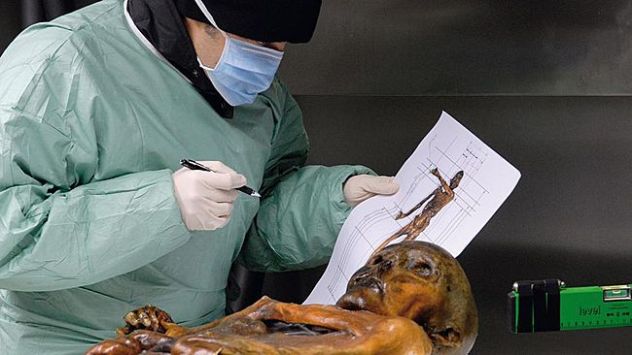 On Sept. 21, 1991, two tourists hiking in the beautiful Otztal Alps near the Austria-Italy border made the grisly discovery of a human corpse lying in a pool of melting ice, a chance encounter that would become one of the most important archaeological discoveries in human history.

By examining the well preserved body, which had been encased in the glacial ice of the mountainous region, scientists discovered Oezti was felled by an arrow after an X-ray of his corpse.

Further research revealed that the Iceman likely was involved in hand-to-hand combat before his death due to bruising and an area of trauma to the back of the head.

Due to the violent nature of his death and a series of tragedies over the years involving many of the Iceman's researchers, Oetzi, like some Egyptian mummies, comes with theories of his own legendary curse, according The Guardian.

In early January, scientists recently unveiled through the use of CT scans and genetic analysis that Oetzi suffered from an infection due to a pathogen that causes gastritis and stomach ulcers, according to Discovery News.

"We were able to decode the complete genome of a 5,300-year-old Helicobacter pylori," Paleopathologist Albert Zink told Discovery News, referring to the pathogen. 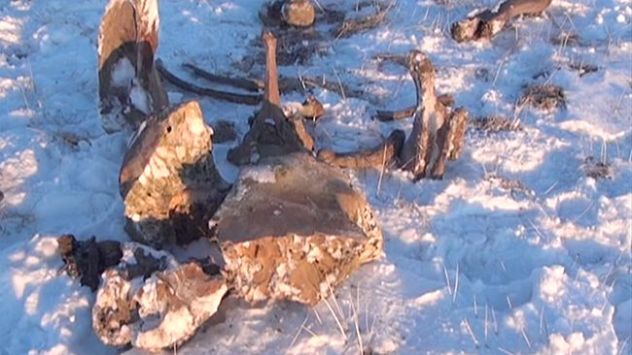 Unearthed from her icy tomb off the northern coast of Siberia in 2010, the best preserved woolly mammoth ever discovered has become the focus of exciting new possibilities in paleontology and genetic science.

Yuka, as the scientists have dubbed her, is complete with fur, muscle tissue, a blood sample and an intact brain, according to a 2014 report from Russia Today.

Due to the ideal weather conditions of the Yakutia region, which is located in the Russian Arctic Circle, where the 39,000-year-old animal was found, the mammoth's remains have provided scientists with astounding advances and insights in understanding the biology of the Pleistocene creature.

In 2013, another well-preserved mammoth was discovered in Russia, which has led to deciphering the mammoth's DNA.

In what seems like science derived from Michael Crichton's best-seller, Jurassic Park, the woolly mammoth may once again walk the Earth as researchers discuss the possibility of de-extinction.

"Current efforts to clone ancient animals are being conducted by scientists worldwide, including at Harvard and the University of Chicago. So far they have been held back by the quality of their mammoth DNA," Russia Today reported in September. 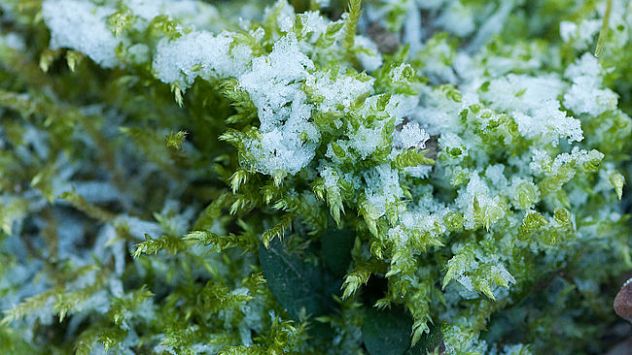 Even without the use of genetic research, another ancient biological lifeform was discovered after being freed from a 400-year-old ice tomb, due to the retreating Teardrop Glacier on the Canadian Ellesmere Island.

In the region, 400-year-old mosses were observed resuming their existence by project researchers at the University of Alberta in 2013, according to National Geographic.

"As we walked up to the edge of the glacier, we could see patches of mosses that seemed to be coming out from underneath the ice," Project Leader Catherine La Farge told National Geographic.

Further research indicated that mosses, dated to be between 400 and 600 years old, had resumed growing after being freed after centuries of being buried under the ice.

In 2012, scientists also successfully revived a plant that was nearly 30,000 years old after finding seeds preserved by Siberian permafrost, according to The Guardian.

"We consider it essential to continue permafrost studies in search of an ancient genetic pool, that of pre-existing life, which hypothetically has long since vanished from the earth's surface," the scientists said in an article published in the Proceedings of the National Academy of Sciences of the United States.