2nd '500-year rainfall' in 2 years will cause $8 billion in damages, AccuWeather predicts 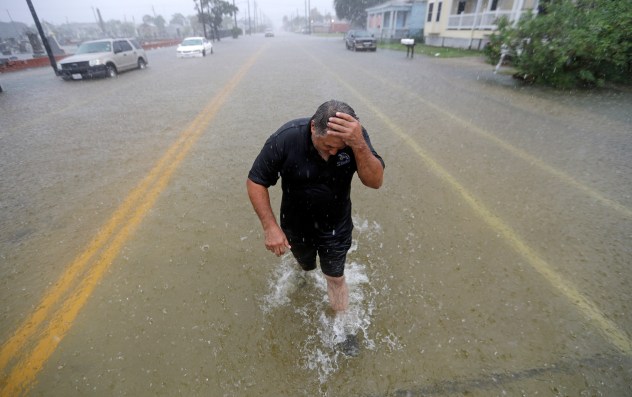 AccuWeather estimates the total damage and economic loss caused by Imelda will be $8 billion, according to the company's Founder and CEO Dr. Joel N. Myers, based on an analysis of damages expected from major flooding caused by heavy rainfall over eastern Texas and far southwestern Louisiana.

The estimate includes damage to homes and businesses, as well as their contents and cars, job and wage losses, farm and crop losses, contamination of drinking water wells, infrastructure damage, auxiliary business losses and the long-term impact from flooding, in addition to the lingering health effects resulting from flooding and the possible disease caused by standing water.

AccuWeather’s damage estimate incorporates independent methods to evaluate all direct and indirect impacts of the storm based on a variety of sources, statistics and unique techniques to estimate damage developed over a decade.

Given the major flooding with a high risk to lives and property in eastern Texas and far southwestern Louisiana, Imelda is rated as a 3 on the AccuWeather RealImpact™Scale for Hurricanes for the overall tropical storm. The AccuWeather Local StormMax™rainfall amount is projected to be 55 inches; despite that high total, Imelda is a 3 because the coverage area receiving the heaviest rain is not a large or populated area, such as Houston, during Hurricane Harvey in 2017. Imelda was never rated on the Saffir-Simpson Hurricane Wind Scale by the National Hurricane Center.

“This storm is a great example of the value of the AccuWeather RealImpact™Scale for Hurricanes that we invented,” Myers said. “It would be easy to dismiss Imelda since it is not a hurricane but a tropical storm, but the rain and subsequent flooding is the main source of what will be substantial damage.”

Deep tropical moisture will continue to stream northward from the Gulf of Mexico with heavy rain bands expected to continue impacting the area Thursday night and perhaps even early Friday. A very heavy rain band east of Houston continues to drop copious rainfall amounts of 3 to 4 inches per hour, adding to flooding that is ongoing in some areas.

“The rain and resulting flooding will be the overwhelming cause of damage and discomfort and threats to life and property,” Myers said. “The amount of rainfall will rival records set during Hurricane Harvey, which makes this the second 500-year rainfall within two years.”

George Bush Intercontinental Airport in Houston was at a full ground stop because of the rainfall and severe weather in the area as of Thursday morning. Some parts of Texas are facing possible levee collapses and local emergency offices have asked residents of Harris, Montgomery, Liberty and Chambers counties to shelter in place in response to flood emergencies caused by Imelda.

As flooding overwhelmed many access roads, access to Interstate 10 and Highway 69 from Beaumont became "extremely limited," the police department said. The City of Beaumont has closed non-essential offices for Thursday. The interstate was also closed in both directions near Highway 365 and Fannett.

Download the free AccuWeather app to receive the latest forecast and tropical advisories. Stay tuned to the AccuWeather Network for Imelda coverage on DirecTV, Frontier and Verizon Fios.