25 years after Hurricane Andrew: Are we prepared for another Category 5 storm?

The legacy of 1992’s Hurricane Andrew, the most recent Category 5 storm to make landfall in the United States, serves as a reminder of nature’s capability to destroy and forever change lives.

For some, memories of an eerie, roaring wind as roofs threatened to peel away, the haunting sight of decimated neighborhoods and the lengthy aftermath of picking up the pieces still linger, even a quarter of a century after Andrew's onslaught.

The legacy of 1992’s Hurricane Andrew, the most recent Category 5 storm to make landfall in the United States, serves as a reminder of nature’s capability to destroy and forever change lives.

As an anomaly in a relatively quiet season, Andrew claimed at least 26 lives as its 160-mph-plus winds barreled across the Bahamas and South Florida on Aug. 24, producing a 17-foot storm surge upon landfall.

“No matter how much you read about it in textbooks, until you experience it live, you will never understand the ferocity of a Category 4 or 5 hurricane,” said AccuWeather Chief Meteorologist Bernie Rayno. 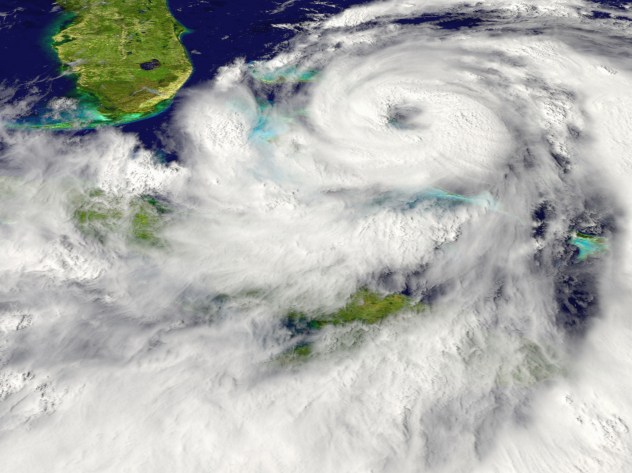 Over the past 25 years, the forecast track has improved in accuracy, with track errors being cut by about two-thirds, according to National Hurricane Center Senior Hurricane Specialist Daniel Brown.

Three-day forecasts have also been extended to five days since 2003, Brown said.

“With satellite pictures and radar, we can keep track of exactly where the storms are, and there’s been an improvement in modeling – where the storm is going and what it’s going to do in different places,” said AccuWeather Chief Meteorologist Elliot Abrams.

The familiar cone graphic that shows the storm center’s probable track was introduced in the 1990s. Other advancements include storm inundation maps, which provide worst-case scenarios of storm surge heights and depths of inland penetration, as well as changes in hurricane watch and warning times.

Warnings are now issued 24 hours before the arrival of tropical storm-force winds, and watches are issued 36 hours prior, Brown said. 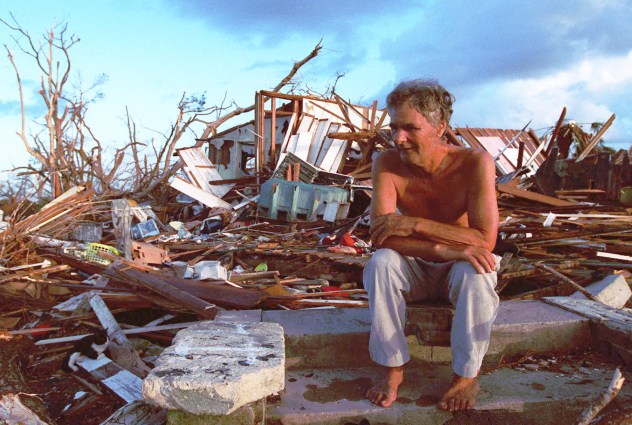 Janny Vancedarfield sits in front of the debris that was once his house in September of 1992 in Florida City, Florida. It was destroyed by Hurricane Andrew. (AP Photo/Lynn Sladky)

Smartphones and social media have drastically altered how the public obtains weather-related updates.

“The information we received back then was in text; there were no graphics, no wind speed information,” said Jim Judge, emergency management director for Volusia County, Florida, and member of the American Red Cross Scientific Advisory Council.

Today, the latest severe weather information is merely a push alert away.

“It’s no longer the situation where the meteorologists know all the information and then the consumer just hears it or sees it,” said Abrams.

“From a planning perspective, it helps us to plan better, look at the potential impact and also pull the trigger on evacuations and provide a messaging to the public on what protective actions they need to take,” he said. 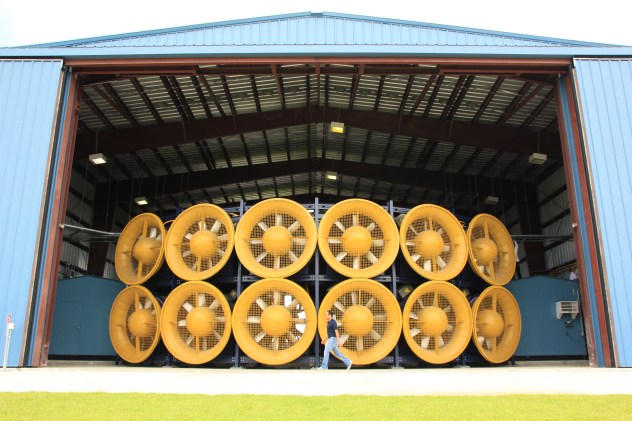 The Wall of Wind experimental facility is powered by a combined 12-fan system capable of repeatable testing in up to 157-mph wind speeds. (Photo/Florida International University)

Prior to Andrew, a number of structures in Florida could not withstand a hurricane’s powerful winds.

“Her housing development was one of the first built down there and fared pretty well,” Samuhel said. “The surrounding neighborhoods were built to a lesser degree.”

“We damage things in front of the fan,” said Dr. Ioannis Zisis, FIU assistant professor of civil and environmental engineering. “Besides the typical, academic type of research, we can also go all the way up to maximum wind speed [of a Category 5 hurricane], then observe how buildings or building components behave.”

6 ways to prepare now for hurricanes
Are you ready for the peak of the Atlantic hurricane season?

The facility’s research has led to Florida building code updates, though the process can take up to six years, he said.

One of the biggest remaining issues is the lack of concern among those who haven’t experienced a major hurricane in years, or ever. Ignoring evacuation orders, lack of proper preparation and throwing "hurricane parties" are all potentially dangerous forms of complacency.

“People really need to understand that we as meteorologists don’t think we have all the answers,” said Bill Kirk, CEO of Weather Trends International. “We have great technology, but these beasts have a mind of their own, and we need to take them seriously.”

Rise in coastal development also places more lives at risk in the event of another major storm.

“The challenge is to make sure people heed the advice and prepare, because those forecasts aren’t perfect," said Brown. “The risk is too great."

Conditions to deteriorate around Memphis, Tennessee