People across the northeastern United States may have grown accustomed to unseasonable warmth along with plenty of dry weather so far this October. But as AccuWeather forecasters said it would, the weather for many has taken a 180-degree turn. Extended periods of raw, rainy and miserable weather will develop across the region in the days ahead of Halloween.

Remember Memorial Day weekend? It was rainy, unseasonably cold and positively miserable from Philadelphia up through New York City and Boston -- and probably the last time folks in these metro areas have felt that combo of raw, rainy conditions. Forecasters say the days leading up to Halloween could feel a lot like that in the Northeast.

The weather changes may be enough to result in some shock value for residents across the Northeast who have experienced temperatures averaging 5-10 degrees Fahrenheit above normal during the first 21 days of October. Highs on many days throughout the month climbed into the 60s and 70s. 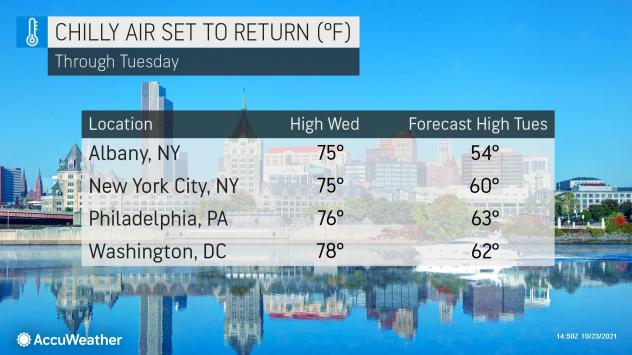 Wet weather will add to the sudden change. October has been a rather dry month, especially when compared to September, which brought above-normal precipitation.

For example, New York City’s temperature has averaged nearly 5 degrees above normal so far this month, and only 12% of its normal rainfall for the month has fallen. In September, 10.03 inches of rain soaked New York City, which is more than double the normal monthly rainfall, and temperatures were near normal.

Some of the chilliest air of the season has taken over in the Northeast this weekend, and some areas could see frost and snowflakes could fly in high elevations of New York and New England. 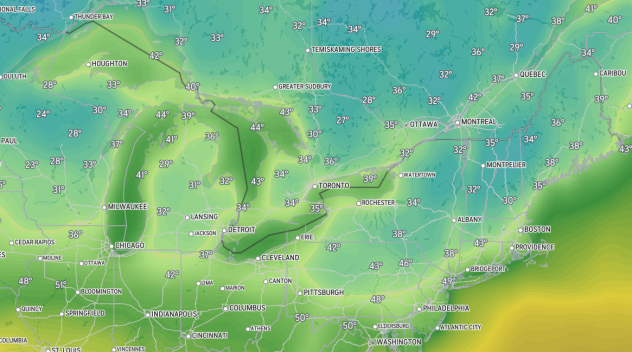 A temperature map at 5 AM Sunday showed that chilly air had replaced the October warmth across the Great Lakes and parts of the Northeast (AccuWeather).

On Saturday many in the interior Northeast struggled to get out of the 40s or lower 50s, with murky skies, showers and drizzle adding to the raw conditions.

While there could be a brief rebound of warmer temperatures across some parts of the Northeast ahead of the next storm, even more chilly air will accompany the arrival of a series of storms this upcoming week. After originating over the Pacific Ocean and slamming into the West Coast with potentially devastating consequences this weekend through early week, the storms will move west-to-east across the country. They will continue to unleash drenching rain even as they reach the Northeast.

Two nor'easters could take aim at the region this week, which is unusual for this time of the year, according to AccuWeather Director of Forecasting Dan DePodwin. One could start the week and then another could arrive toward the end of the week. 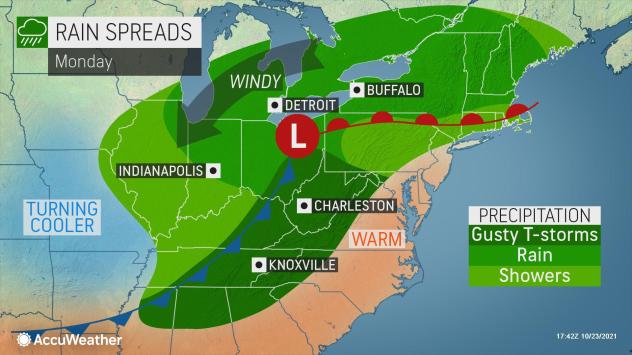 On top of that, AccuWeather meteorologists say the developing weather pattern will have staying power. But will the miserable weather stick around and throw a wrench in the plans of trick or treaters? More on that below.

The weather will be gloomy at best for many across the Northeast early week, according to AccuWeather Meteorologist Randy Adkins. Gloomy may even be an understatement, he added, if the storm takes aim early, and there are some signs pointing toward that.

“An early-season tempest could bring a wind-driven, chilly rain to portions of the Northeast from Monday through Tuesday," Adkins said, adding that flooding could be a significant concern across southern New England.

The storm forecast to arrive on Monday and Tuesday is likely to bring highs in the 40s and lower 50s over the northern Appalachians and in the 50s to lower 60s near the upper mid-Atlantic and New England coasts along with periods of rain. A general 0.50 of an inch to 1.50 inches of rain with locally higher amounts may fall on the region early week. The combination of clouds, rain and a raw wind may produce AccuWeather RealFeel® Temperatures 5-10 degrees lower than the actual temperature. 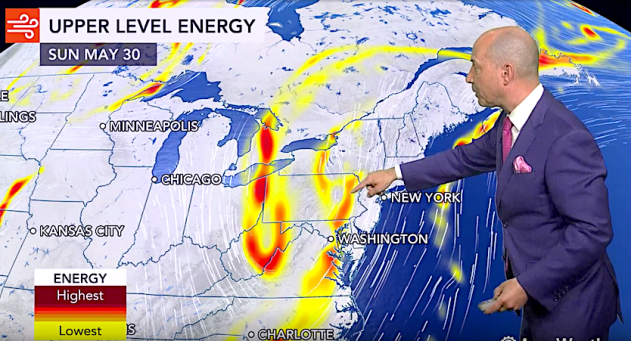 "Heavy rain, gusty winds and coastal flooding can occur Monday into Tuesday across New England," DePodwin said, noting it could be an early-season nor'easter.

Not too far to the south, much warmer air will be in place across the mid-Atlantic, and thunderstorms, some severe, could erupt across West Virginia, Virginia, Maryland and Delaware. 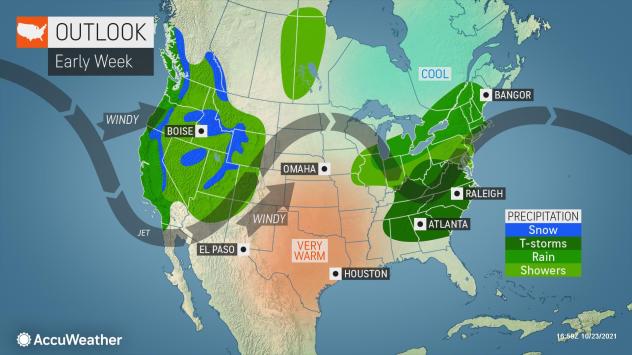 The extended period of rainy and dismal weather in the Northeast could even persist into the Halloween weekend at the end of October.