Train of West Coast storms to continue into late week

An atmospheric river will continue to deliver a plume of moisture into parts of the West, enhancing rain and snowfall totals across California.

While an atmospheric river of moisture will take aim at California through midweek, the threat for rain and mountain snow will expand northward into this weekend.

After a stormy holiday weekend across much of the West, the continuous wet pattern will continue through this week. While the very next storm in the series will focus on Southern California at midweek, the threat for rain and mountain snow will expand northward into this weekend. 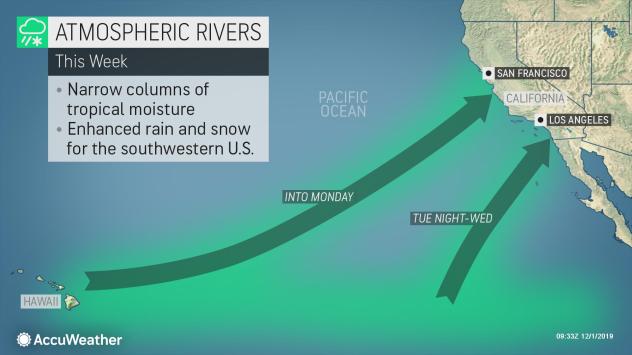 Many locations across the Pacific Northwest only observed a fraction of the average precipitation usually seen in November.

This has led to abnormally dry conditions to expand into the Pacific Northwest, according to the US Drought Monitor.

A storm system set to track into the Oregon coast late week will help to mitigate the expanding dry conditions across the region.

"While a small storm is expected to bring some rain and mountain snow to the Northwest during the middle of the week, a larger storm looks to push into the region by the end of the week and into the weekend." AccuWeather Meteorologist Maura Kelly stated. 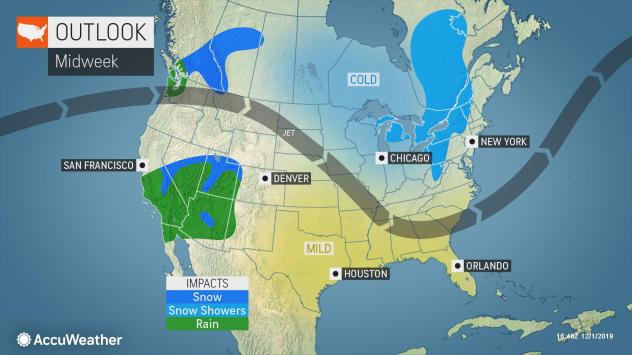 As the storm tracks into the coast late week, falling snow levels will allow for snow to accumulate across the higher terrain. It will likely be a cold rain for most of the valleys, it will act as a boon for local ski resorts.

Snow levels will likely fall below 5,000 feet as the storm comes ashore across the Northwest into this weekend. 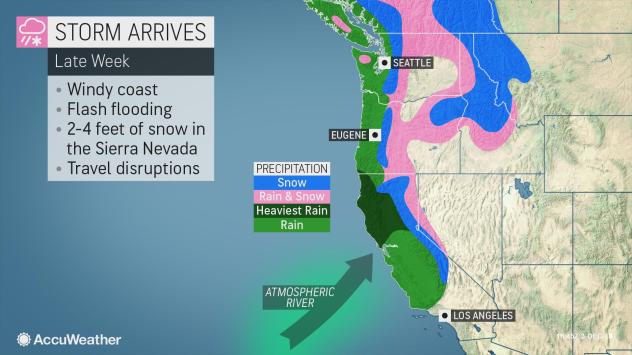 While major snowfall accumulations in the Northwest are not expected from this storm system, any little bit will be beneficial across the Cascades.

The exact track of the storm system late week will help to determine how much beneficial rain and snow falls across the Northwest.

A more northerly track of the center of the storm will help to bring more moisture into the Northwest. A more southerly track would bring the heaviest precipitation into Northern California.

ICYMI: Disruptive storms arrive at inopportune time across US, tornadoes spin across Louisiana and deadly earthquake rocks Albania
❄️ 🎄What are your chances of experiencing a white Christmas this year? ❄️ 🎄
What is an atmospheric river?
Atmospheric river to soak Southern California, Southwest

Currently, Northern California is forecast to receive the most rain and mountain snow as this storm system tracks inland, with lesser amounts across the Pacific Northwest. 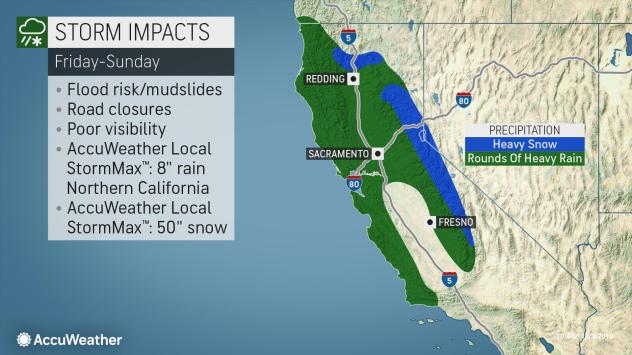 The storm system will continue to track inland into Sunday, allowing much of the Northwest to dry out for the latter half of the weekend.

The unsettled pattern may stick around across the Northwest into next week as more storm systems are forecast to track into the West Coast.