As the Turkey Farm Road Fire burned closer to homes in Washington, Utah, aerial crews dropped fire retardant around them on July 14.

Each year at around this time, the southwestern United States, normally known for its low humidity, experiences a change in wind direction that pumps higher levels of moisture into the region. This occurs due to an area of high pressure that sets up to the southeast of the area.

The flow around this area of high pressure transports moisture northward from the Gulf of Mexico and the eastern Pacific Ocean. This phenomenon, known as the North American monsoon, is arriving right on schedule this year.

Some showers and thunderstorms have already drenched the area this week. The general pattern is for storms to initially form over the mountains early in the afternoon and then drift toward lower elevations. 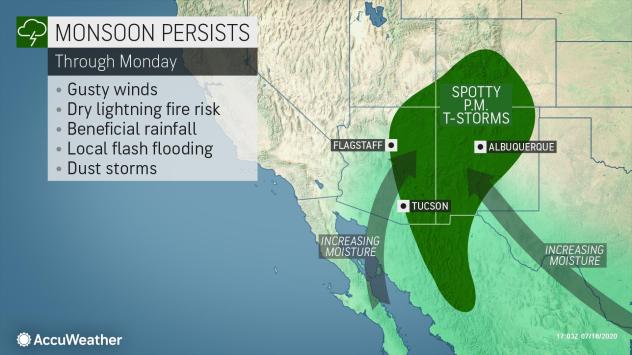 "With regards to storms, they will develop in the afternoon each day and linger into the overnight hours before diminishing," AccuWeather Senior Meteorologist Joseph Bauer said.

While the atmosphere contains more moisture than it typically does at other times of the year in the Southwest, not all of the thunderstorms bring beneficial rain. This can especially be true for thunderstorms that are beginning to fall apart. When that occurs, strong winds are dragged downward from the collapsing thunderstorm. This can cause dust storms, known as haboobs. Visibility can rapidly drop to near zero and practically turn day to night in the most intense haboobs. Motorists must be cautious for these events when traveling.

What is a Haboob?
What you should do if you get stuck driving in floodwaters
Wildfire safety checklist 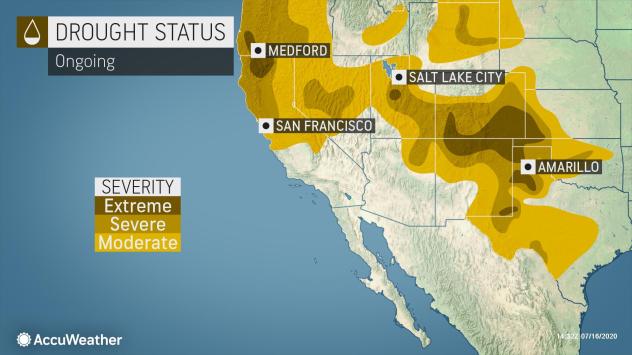 Some of the storms do bring beneficial rain. With the region in a drought, any rain is welcomed. However, sometimes too much rain can fall too fast and cause flooding. In addition, with the ground being so dry, much of the rain may run off as opposed to being absorbed into the ground. Furthermore, even if rain is not falling over a given location, rain water can flow through normally dry canyons and stream beds known as arroyos. Unfortunately, this water can rise very quickly and has taken people's lives over the years.

"Some of these areas are currently experiencing drought conditions, so these storms will help to alleviate some of that," Bauer said. "At the same time, however, dry surface conditions combined with lightning from these storms could act to start some fires."

Regardless of what any of these storms produce over a given area, the increase in clouds will cause temperatures to be somewhat lower than recent days. Therefore, the entire region will benefit from the monsoon in that respect. 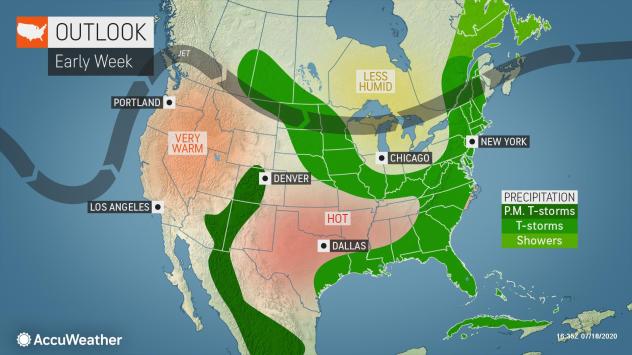 In fact, while most areas see normal temperatures rise in July, some areas of the Southwest experience the opposite. For example, Tucson, Arizona, has a normal high of 102 F on July 1. By the end of the month, the normal high temperature falls to 98.

The difference can also be seen in normal rainfall. While a measly 0.20 of an inch is normal in Tucson in June, more than 10 times that is normal in July, with 2.25 inches.

While there is variance from place to place and year to year, the monsoon season generally runs through August and begins to wind down in September.