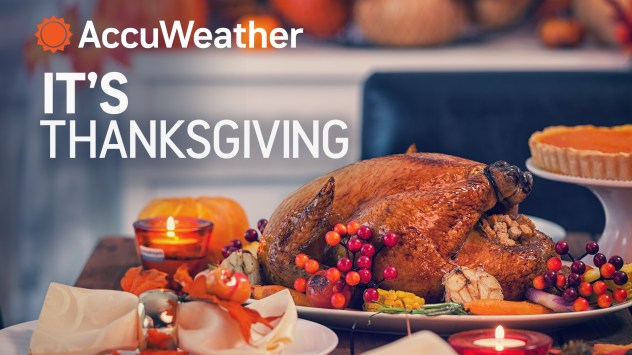 Thanksgiving Day is finally here. As I do each year, I'd like to take a look at the weather this year, back to when I started blogging for AccuWeather in 2005. Here's this year's weather map: 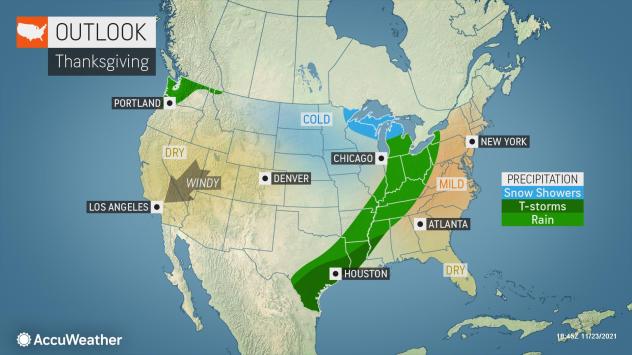 These weather maps are forecasts that are typically done up to Tuesday, and they cover the entire Thursday, and as such, they only approximate the weather on Thanksgiving Day. Here's a more detailed weather map from this evening (click to enlarge): 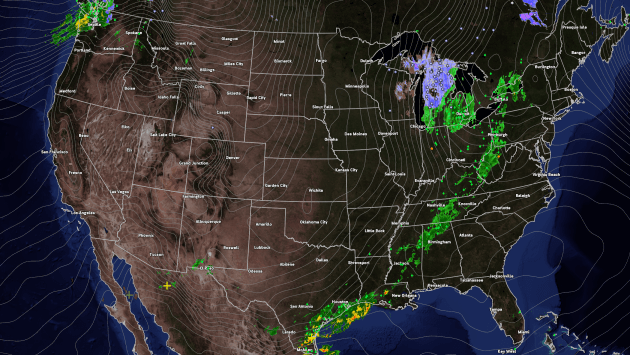 Overall, not a super stormy Thursday, outside of Houston and the Seattle area (the Pacific NW and British Columbia had severe flooding last week, they don't need more). Here's the temperature map from this afternoon: 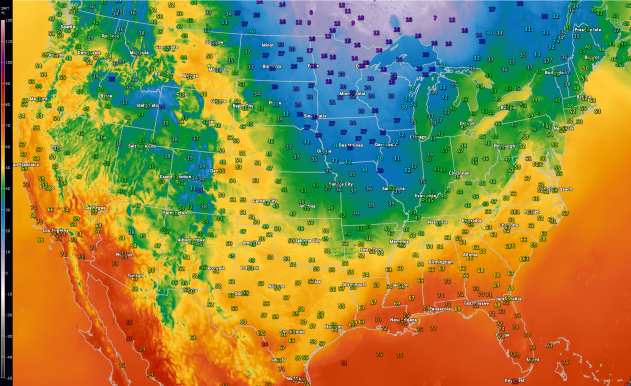 One notable problem on Thanksgiving Day 2021 was the Santa Ana winds. Winds clocked to 95 mph around Los Angeles overnight Wednesday into Thursday morning knocked more than 100,000 customers out of power in southern California. 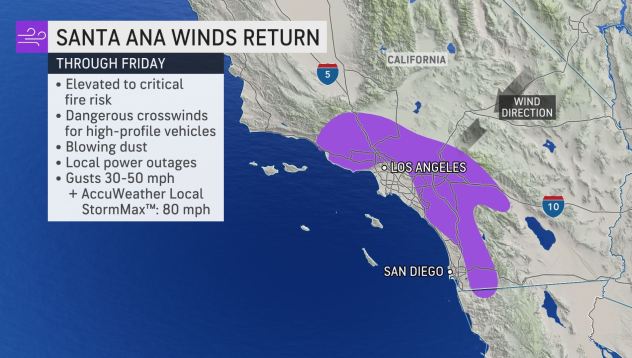 The highest wind gusts recorded in that period turned out to be:

>100,000 customers w/out power ON THANKSGIVING in California after Santa Ana winds
https://t.co/pIVwMgw3c8 pic.twitter.com/wIvMktpNVl

A cold front swept through the Northeast Thursday night, leaving the area with an extremely cold Black Friday, with RealFeel temperatures dipping below zero in parts of Pennsylvania Saturday morning. 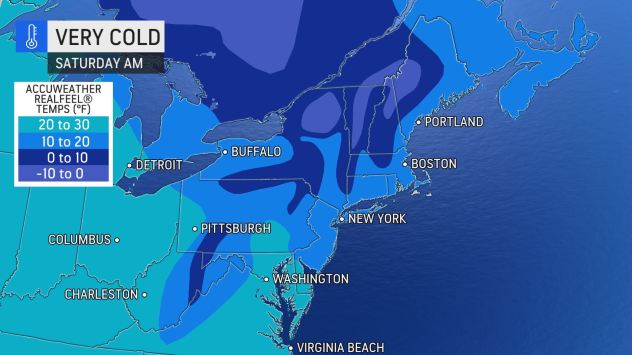 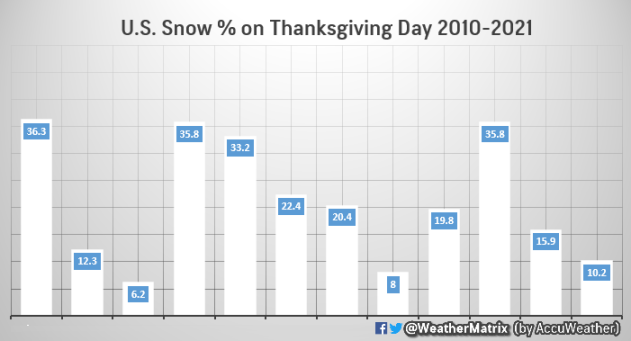 You can view past Thanksgiving weather from 2005 to 2020 in the links below, followed by a report on the weather this year in Central Pennsylvania. 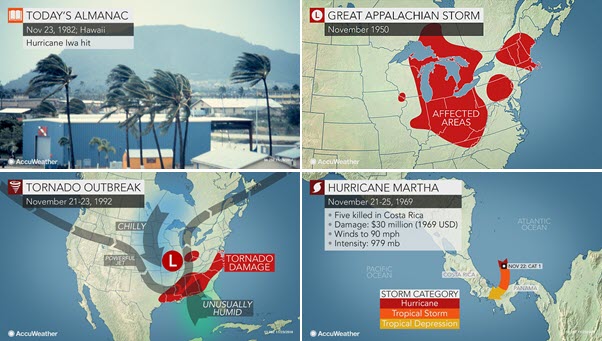 Don't forget to check out our story about Thanksgiving week storms throughout history!

Here in Central Pennsylvania this year, it was fairly unremarkable compared to the last 15 years (click for details). 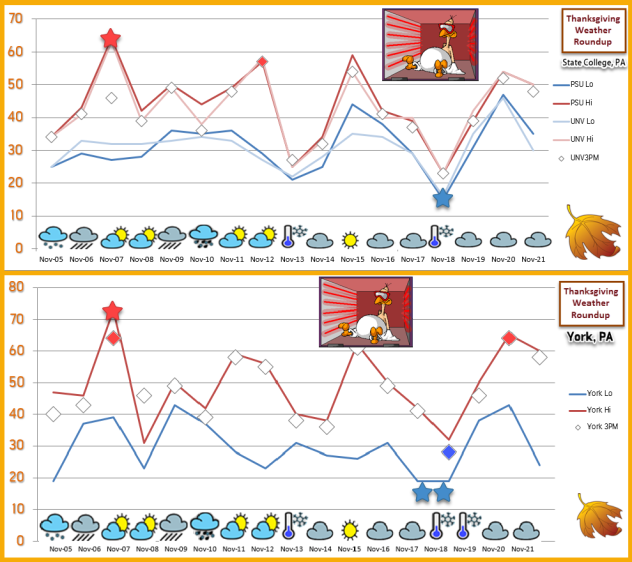 Here are shots of my backyard in State College, PA, from my webcam since 2014. One thing has changed, but it wasn't the weather -- I repainted my back porch white! 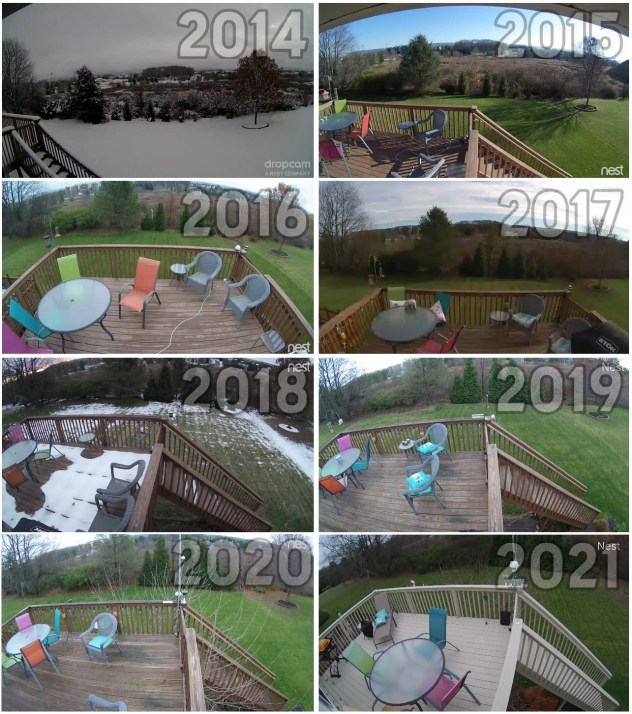 These Instagram photos show photos I've taken on or around Thanksgiving since 2013: 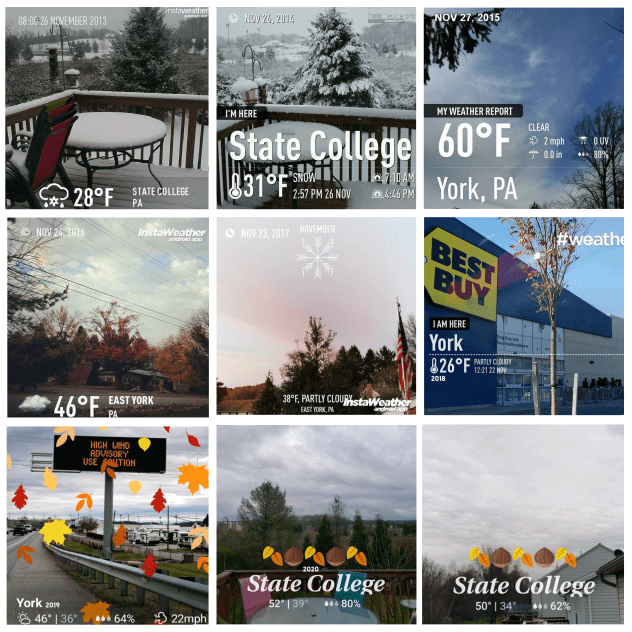 If you're interested in all-time records for Central Pennsylvania on Thanksgiving, here is a list (through 2020) via Penn State Weather and the NWS in State College, PA: 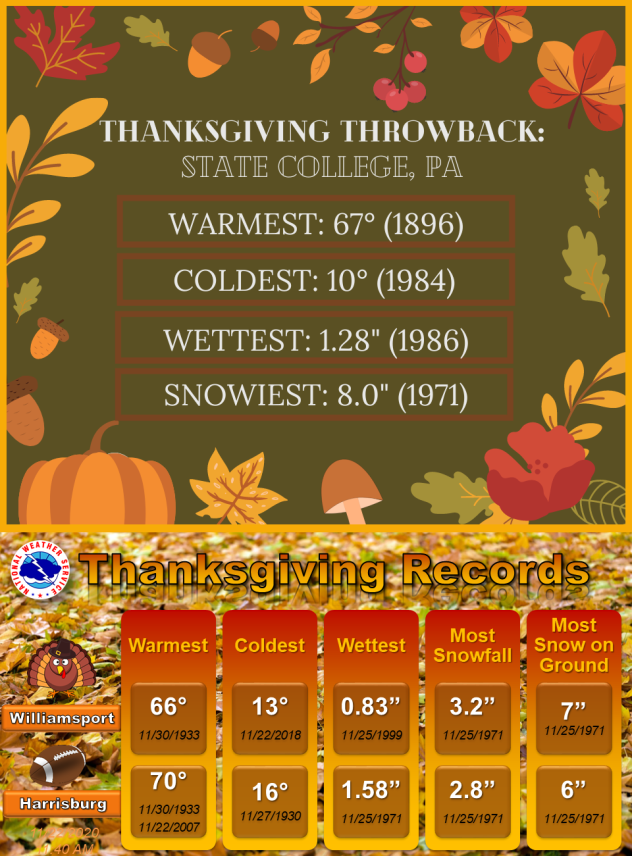 Pressure / frontal weather maps and the forecast for this week's U.S. weather can be seen below, courtesy the NOAA WPC's forecast (written Tuesday): 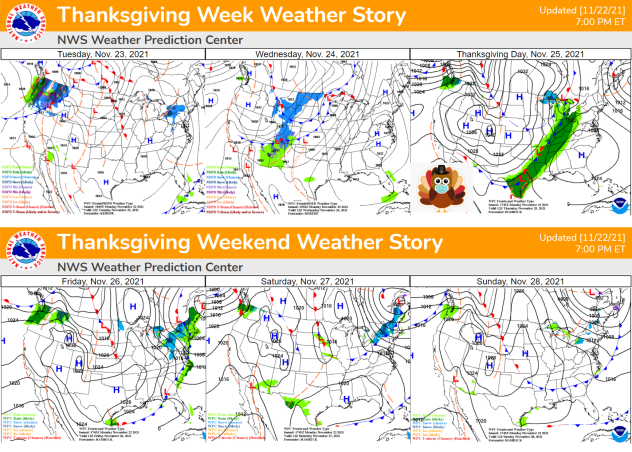 "A cold front entering the Northwest on Tuesday will spread light snow showers across the Northern Rockies before eventually reaching the Northern High Plains on Wednesday. This frontal system will sweep into the central and south-central U.S. by Thanksgiving Day, sparking showers and thunderstorms between South Texas and the Lower Great Lakes. Rain could be heavy at times throughout southeast Texas. Meanwhile, chilly temperatures will be found across the East on Tuesday and Wednesday, before a warm-up commences by Thanksgiving. By Friday, the frontal boundary traversing the Nation is expected to reach the East Coast, resulting in scattered showers and the potential for inland/high elevation snowfall throughout the Northeast On the opposite side of the country, continued wet and active weather is forecast along the Pacific Northwest Elsewhere, dry and tranquil weather will be a welcome sight with below-average temperatures confined to the eastern United States."