Isaias did something that a hurricane had not done since the year 1900.

Hurricane Isaias (see my previous blog for information on the storm's effect on Puerto Rico) has knocked out power for more than 3.7 million customers on the East Coast.

It also did something very unusual last night -- it made landfall in south-facing Brunswick County, NC... something that a hurricane had not done since the year 1900! 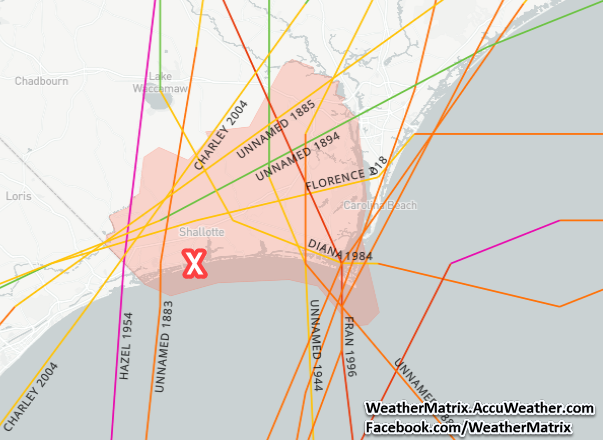 Most hurricane hits in Brunswick County go up Cape Fear, on the easternmost stretch of the county, as you can see from the map above. When this happens, the predominant strong winds at Oak Island are north to south, pushing offshore.

Jonathan Petramala reports on the devastation on Aug. 4, left behind by Isaias, which made landfall at Oak Island, North Carolina, as a Category 1 hurricane.

The house that got pushed off its foundation in Jonathan's video above is on 49th street, and was built in 1943, one of only a couple that survived Hazel, which wiped the island of homes and split it in half in 1954. My grandfather's house was floated inland by Hazel, and restored to its original location afterwards. In fact this could be the same house! 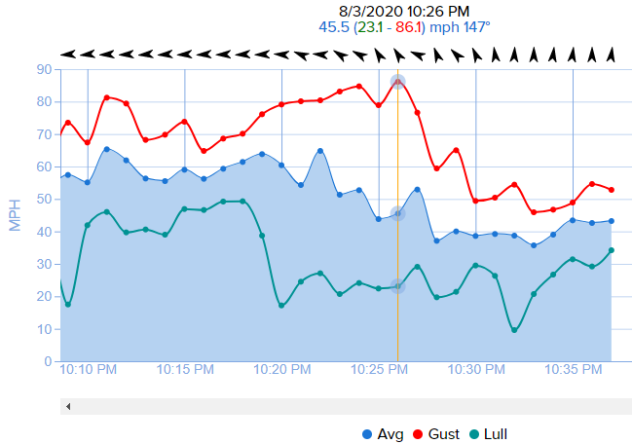 A WeatherFlow weather station on Oak Island gusted to 86 mph.

Why was there so much damage from Isaias on Oak Island? When a storm hits to the west of Oak Island, however, the winds are south to north, pushing the storm surge into the island. This has only happened a few times in history. The big one was Hurricane Hazel in 1954, then Hugo in 1989, even though that storm hit over 100 miles away at Charleston, SC. The most recent storm to cause storm surge damage at Oak Island was Hurricane Charley in 2004, so for 16 years now the residents had felt immune to storms. Isaias came quickly and strengthened just before landfall, catching people off guard. Evacuations were only voluntary, hence the large number of cars in the sand in this video.

Here are some additional videos of Isaias' damage in Oak Island last night, from AccuWeather's own Jonathan Petramala:

As this article points out, Hurricane Hugo in 1989 "dissipated" the dunes on beaches as far away as southern North Carolina (over 100 miles away from landfall).

Hurricane Isaias - Curated tweets by WeatherMatrix
Report a Typo
Comments that don't add to the conversation may be automatically or manually removed by Facebook or AccuWeather. Profanity, personal attacks, and spam will not be tolerated.
Comments
Hide Comments