Did Hurricane Hanna put a buoy through a waterspout?

Hurricane Hanna is on her way out, and 'good riddance to bad rubbish' as they say. Our wrap up story says that winds gusted up to 103 mph at one inland coastal station, 83 mph at an offshore buoy, and 68 mph ar Corpus Christi. More on that later. 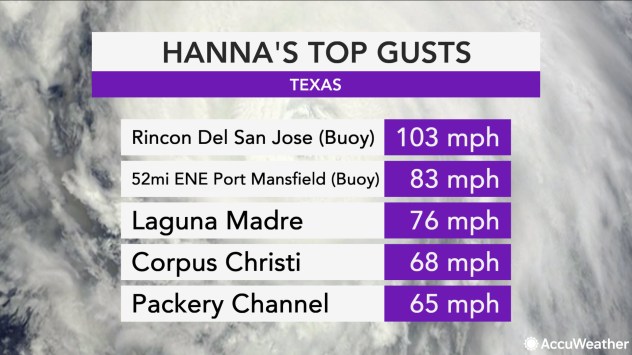 First, I think we need to have a talk about what went on last night at a different buoy -- Station 42019, 60 NM South of Freeport, TX. Buoy #42019 reported an unbelievably high wind gust of 158 mph last night, long after Hurricane Hanna made landfall: 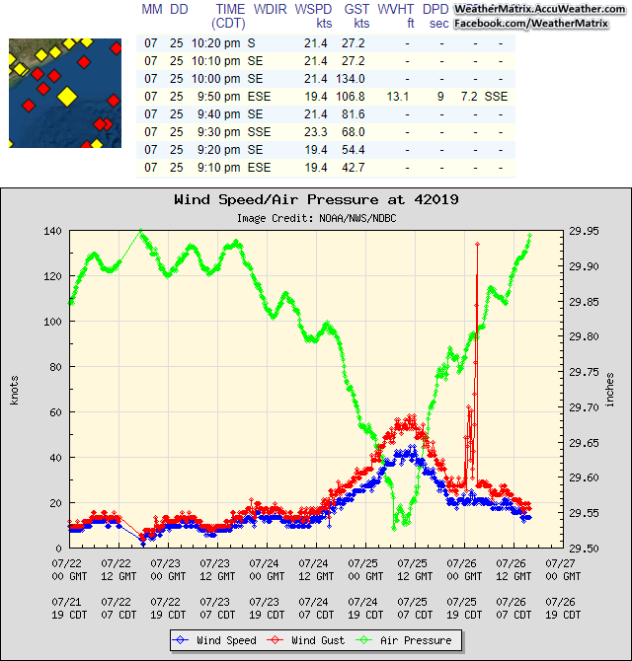 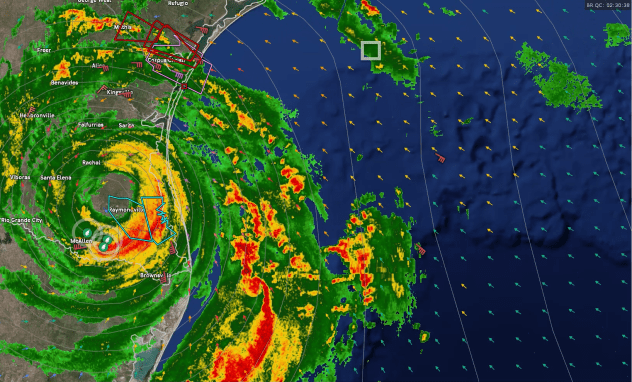 My first thought was that there was an instrument malfunction, but buoys don't typically experience malfunctions with wind data. They are very expensive instruments which are built to be very robust and accurate. It wasn't just one data point, so it didn't look like a malfunction, with wind gusts ramping up to a peak, but then they did suddenly returning to normal. The sustained winds data didn't show an increase, which is a little unusual with an event that lasted for nearly an hour, but also could mean that the sensor was measuring winds correctly.

Could it have been a waterspout that engulfed the buoy? That sounds like a reasonable assumption, and the wind gusts could certainly gust that high during a waterspout, but the odds of a waterspout passing over a buoy are very low (there's a lot of ocean out there) and the odds that it lasted nearly an hour are even lower. A waterspout that large, if it could even form, would be preceded by supercellular structure on radar. No local radar showed unusually high winds, although no local radar was close enough to show what was really happening at the surface either. Without any evidence that there was a strong storm around the buoy at that time, we've probably got to assume it was a malfunction. 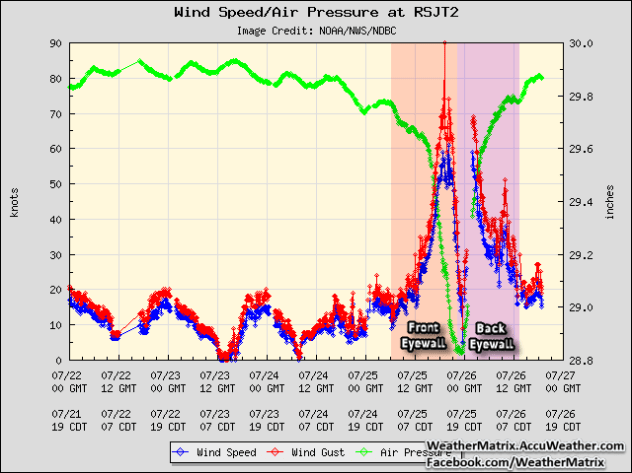 Back to reality. Winds gusted to 103 mph at coastal station RSJT2 in Rincon del San Jose, TX, which I believe is in the Laguna Madre, so I'm not sure that listing in the graphic at the top isn't the same station. This gust was definitely legit, as the hurricane's eye passed direction over the station! It's clear to see the front and back eyewall in the graph of the data above, with pressure bottoming out at 28.82" Hg / 976 mb.

Over 16 inches of rain fell offshore from the storm, with over 14 inches onshore, according to Doppler radar and gauge amounts: 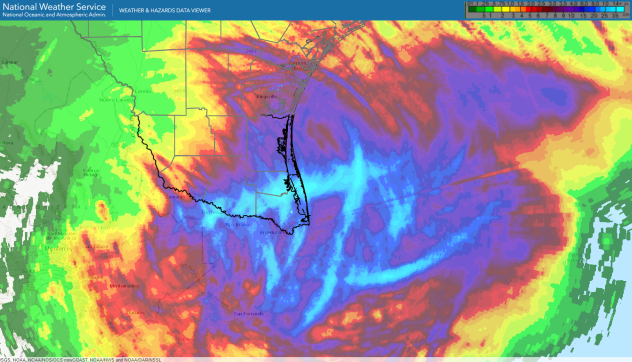 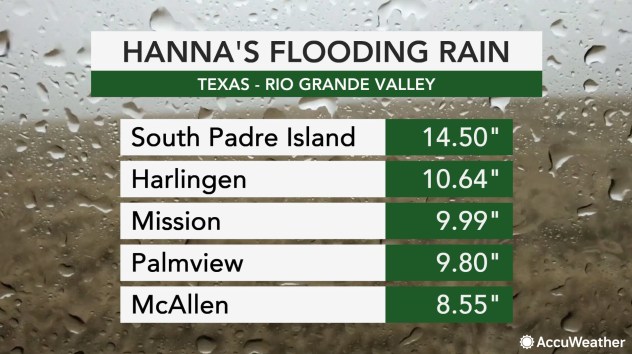