US heat wave season is getting longer

Data from the Environmental Protection Agency indicates that the heat wave season in the United States is getting progressively longer. In addition, heat wave frequency is also trending higher over the past several decades. 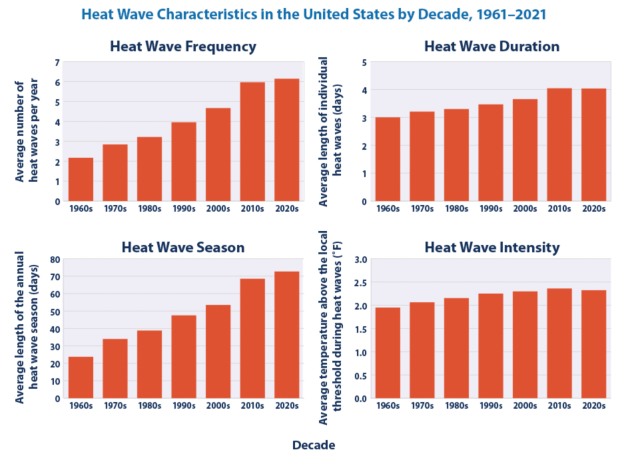 Heat wave duration and intensity have increased slightly since the late 20th century.

Climate change is clearly the primary reason for these trends, which will likely continue through the remainder of this century according to global climate models.

Breaking it down by major cities, we see that Eastern and Southwestern cities have endured the greater increase in the length of the heat wave season since the early 1960s. 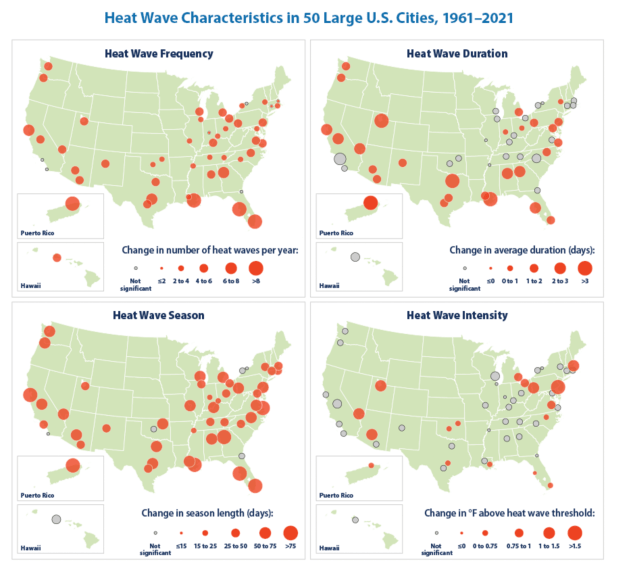 Cities in the Northeast U.S. have also seen a notable uptick in the intensity of heat waves during the period.

The amount of land area exposed to unusually high summer temperatures has also expanded, especially over the past 30 to 40 years. 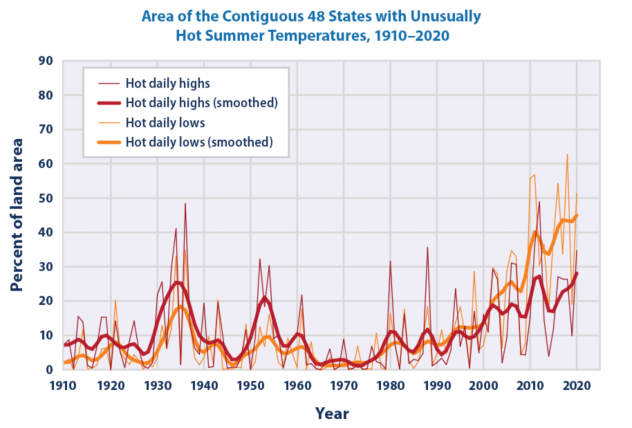 The greatest increase has been with abnormally warm daily lows. Some reasons for this in addition to climate change can be increased cloud cover at night, which acts as a blanket, increased humidity and urbanization (heat island effect).

The graph below shows the change in the number of abnormally hot days across the Lower 48 states since the late 1940s. Much of the West Coast and East Coast have seen an increase, but there has been little change or a decrease across the eastern Plains and Midwest. What could be the reason for that? 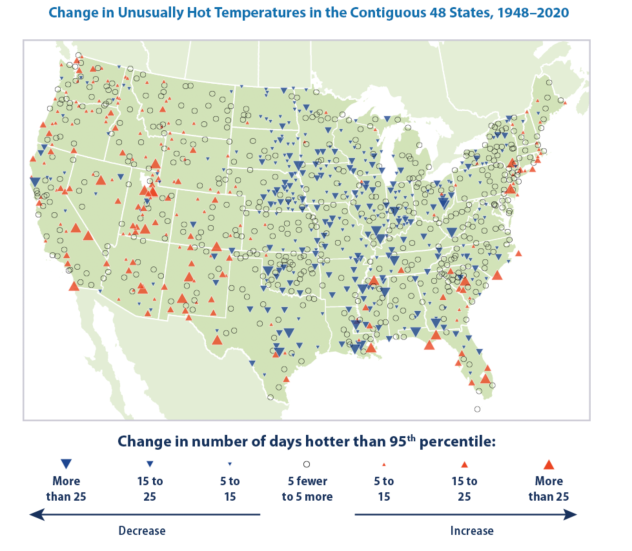 One possible explanation is the fact that much of the eastern Plains, Midwest and Mississippi Valley have trended wetter since the start of the 20th century. A wetter climate is usually not as hot, especially during the daytime due to increased humidity, rainfall and cloud cover. 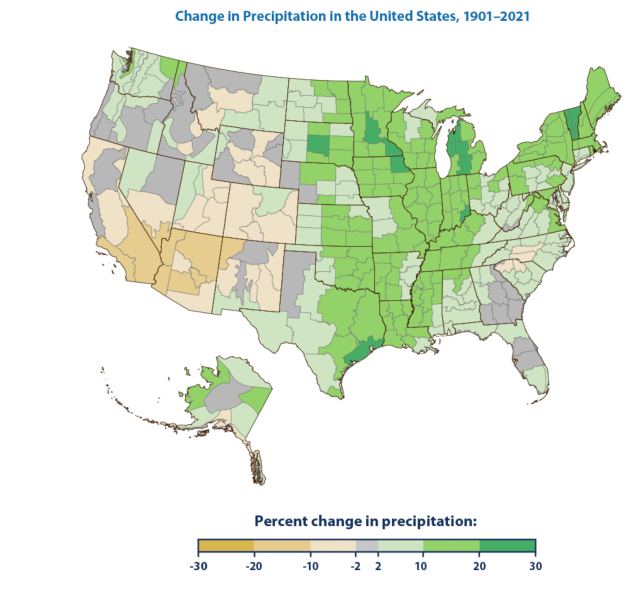