Spring (April, May, June) snow cover in the Northern Hemisphere has decreased significantly over the past 30-35 years.

There have only been a total of eight spring seasons that have ranked above the 1981-2010 snow extent average since 1988. 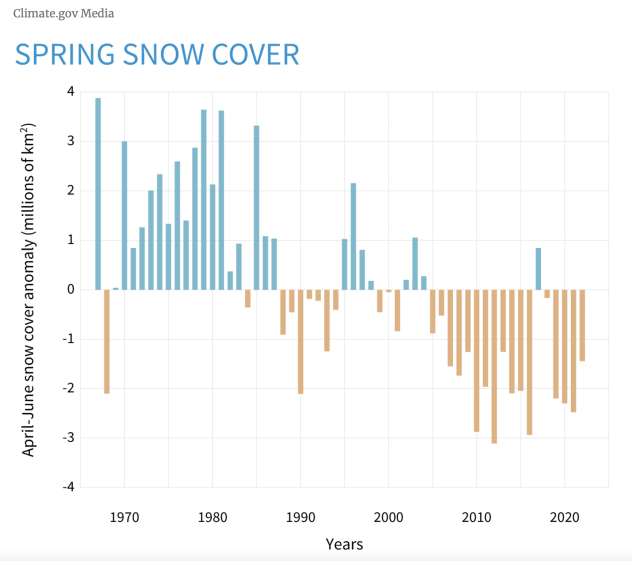 A total of 17 of the last 18 spring seasons have had below-normal spring snow extent for the Northern Hemisphere.

According to the NOAA report, the rate of snow decline in the northern high latitudes has been as dramatic as the loss of Arctic sea ice.

The largest decrease in the annual number of snow-covered days over the past 50 years has been over northwest North America and Siberia. 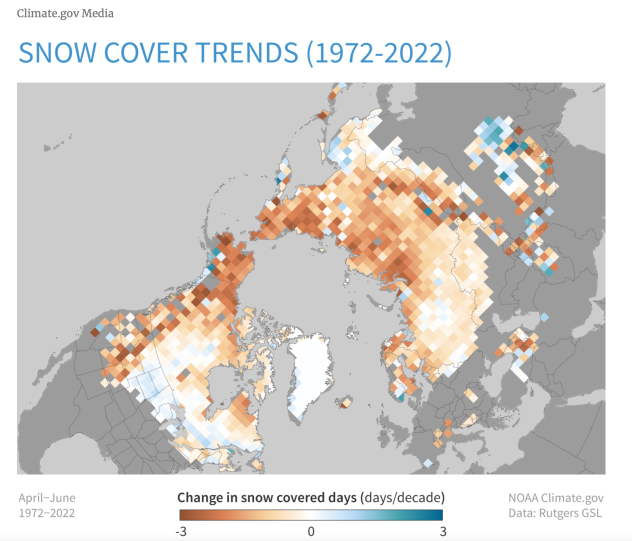 The trend toward an earlier melting of the spring snow cover in the Northern hemisphere has allowed more of the sun's energy to be absorbed at the surface due to the lower albedo (darker colored surface), which in turn leads to rising surface temperatures.

The loss of spring snowpack is also having a negative impact on freshwater supplies as there is reduced meltwater to feed rivers and streams.