Nov. 18 (UPI) -- Scientists around the world eagerly await discoveries of early galaxies and exoplanets after the James Webb Space Telescope, the most powerful telescope ever conceived, is launched Dec. 18, a panel of scientists and space agency officials said Thursday.

The Webb telescope, an international partnership among NASA and the space agencies of Canada and Europe, will reveal new and unexpected knowledge about our universe, panel members said during a press conference from NASA's Goddard Space Center in Maryland.

The two biggest priorities for the Webb telescope are to view galaxies formed about 100 million years after the Big Bang and to scope out exoplanets -- planets in other star systems -- that have atmospheres or signs of life, panel members said. 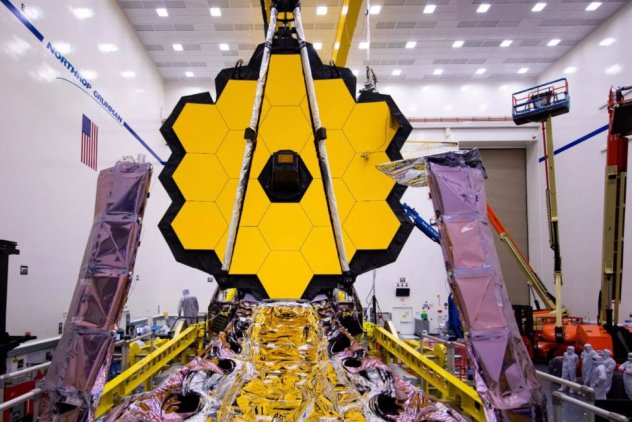 "The search for first galaxies will be important, and Webb will look at a lot of planets where we think it might rain lava, for example, and we'll determine if that's really true," Klaus Pontoppidan, a Webb project scientist, said during the press conference.

"It will probably also reveal new questions for future generations that we can't anticipate yet."

One of the most common types of planets observed in the Milky Way is also one of the most mysterious. #NASAWebb is ready to change that. Discover how Webb will lift the haze surrounding sub-Neptunes: https://t.co/onzzgV1toY pic.twitter.com/Kk1ZQMpqym

Despite the excess cost and delays, the astronomy community around the world eagerly awaits the first images Webb will transmit back to Earth from its position a million miles past the Blue Planet, said Amber Straughn, an astrophysicist who is NASA's Webb deputy project scientist for communications.

The telescope "was designed to answer some of the biggest questions that we have in astronomy today. ... Where do we come from and how did we get here and are we alone?" Straughn said.

Scientists still are unsure of exactly what Webb will observe first, though, she said. Its infrared vision should be able to see back in time about 13.5 billion years.

"We think that the very first stars that formed in the early universe were very, very big ... much bigger than stars today," Straughn said. "We've never observed the first population of stars, and we certainly hope we might get lucky and see those, but we're not sure if we will."

Scientists and officials declined to identify the first images Webb will release to the public.

"The science ... will be announced immediately after it's observed. So we'll be getting the data as soon as we have them, and they will cover a very wide range of topics all the way from the solar system to the very first stars, galaxies and black holes," said John Mather, a Webb senior project scientist.

Inside our solar system, Webb is due to peer closely at objects such as Jupiter's moon Europa, which may have a liquid ocean under its crust, Webb said.

"We have a list of 65 observations that we're going to observe in the first year," Mather said. "We will be looking nearby at first, not looking way on to other galaxies at first."

As powerful as it is, the telescope may not be the best tool to view objects relatively close to Earth, such as Mars, said Marcia Rieke, a professor of astronomy and principal investigator for Webb's Near-Infrared Camera, from the University of Arizona. 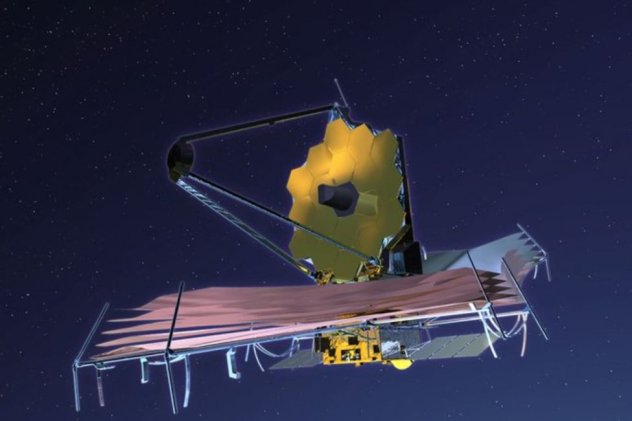 An illustration depicts the James Webb Space Telescope floating in space after launch and deployment of the sun shield and reflective dish. Image courtesy of NASA

"Mars is actually very, very bright in the infrared Webb will use, and so if we want to take an image, we have to take a series of quick snapshots of just a little portion of the disk and then stitch them together," Rieke said.

"I think when we get to the outer solar system planets like Uranus and Neptune, it will be much easier to take ... images that will rival what we've seen from the Voyager flybys, and we'll be able to trace some of the molecules in those planetary atmospheres things like methane."

Asked if Webb would be able to study ʻOumuamua, a unique interstellar object that zipped through the solar system in 2017, Rieke said she didn't know.

"I don't know if we know its orbit well enough to be able to point to where it has traveled to now in space because it spent such a short time in the solar system -- it kind of whizzed by."

"We wanted a material that would reflect a maximum number of photons," Feinberg said. "If we had picked a material that doesn't do a good job at reflecting, it's almost like we'd have a smaller telescope. Gold has an amazing reflectivity -- 98% reflective."

The James Webb space observatory weighs about 14,300 pounds and has a sun shield the size of a tennis court.

After the telescope is launched, engineers will spend about a month deploying Webb's instruments, sun shield and observation dish. Then, another six months will pass as teams evaluate Webb's condition and accuracy, panel members said.