Fall is in full swing across the Northern Hemisphere, but astronomers are gearing up for a new season that is about to begin, along with these other eye-catching events in the sky this month.

October will signal new beginnings in the night sky, ranging from the first of several autumn-time meteor showers to the start of eclipse season, an astronomical cycle that will carry over into November.

For the Northern Hemisphere, October features the longest nights since late February and early March, providing stargazers with plenty of time to enjoy views of the cosmos or focus on a planet with a telescope before the arrival of winter weather, which is lurking right around the corner.

Apart from the big events to mark on your calendar, any night of the month with cloud-free weather will be a good time to look for Jupiter and Saturn, a pairing of planets that will be visible in the southern sky shortly after nightfall. The pair can easily be seen without a telescope, as Jupiter will outshine every star in the sky. 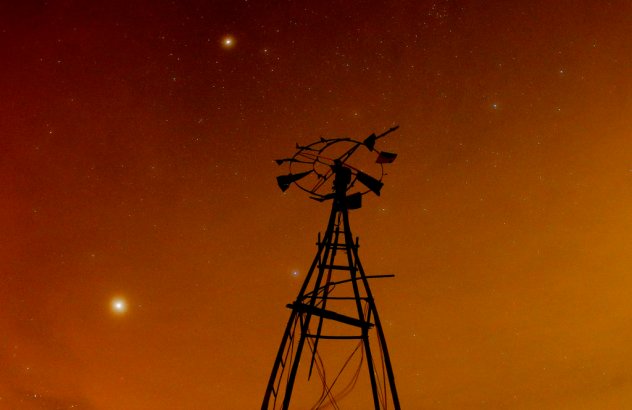 From an autumn-themed full moon to shooting stars streaking overhead, here are the top astronomy events to look for throughout October:

The first full moon of astronomical autumn will rise on the second weekend of the month, illuminating hillsides that are gradually transforming into colorful displays of fall foliage, with some regions of the country sporting more vibrant colors than others.

October's full moon is typically known as the Hunter's Moon, as it is traditionally the time of year when hunters begin to prepare for the cold months ahead, according to the Old Farmer's Almanac. Other weather-themed nicknames for the month's full moon include the Freezing Moon and the Ice Moon. 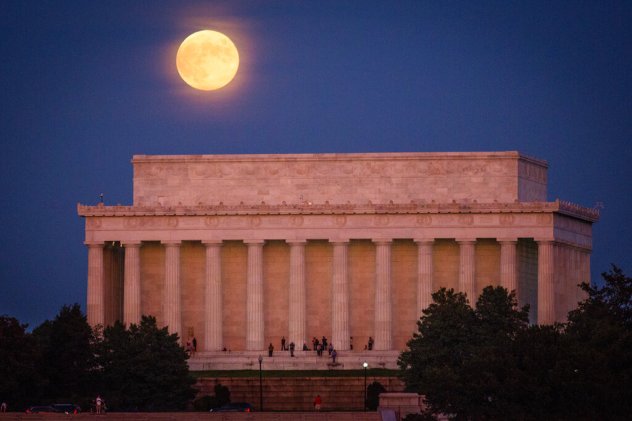 People watch the sunset from the Lincoln Memorial in Washington as a full moon raises in the background, Friday, Oct. 18, 2013. (AP Photo/J. David Ake)

The Hunter's Moon will not be alone in the sky throughout the second weekend of the month. On Saturday, Oct. 8, the nearly full moon will appear in extremely close proximity to Jupiter. The following night, when the moon is officially full, it will still shine near Jupiter but will appear slightly farther away and to the left of the planet.

One of the best meteor showers of fall will reach its peak shortly after the middle of October, the first meteor shower to grace the night sky since the Perseids in mid-August.

The peak of the Orionid meteor shower is forecast for the night of Thursday, Oct. 20, into Friday, Oct. 21, as the Earth encounters debris left behind by Halley’s Comet.

The comet will not return to the inner solar system until 2061, but the dust and debris that the comet left behind on previous journeys around the sun fuels the Orionids with peak rates of around 20 meteors per hour. This is a typical rate for most annual meteor showers and will signal the start of an active period in the night sky for shooting starts.

Spring, summer, fall and winter are the seasons on Earth, but for astronomers, a different type of season is about to kick off: Eclipse season.

"There are many cycles in the heavens," EarthSky explained on its website. "An eclipse season is just one of these many celestial cycles. A minimum of two eclipses (one solar and one lunar, in either order) happens in one eclipse season. A maximum of three eclipses is possible."

The upcoming eclipse season will feature two types of eclipses, starting with a partial solar eclipse on Tuesday, Oct. 25. With the proper eye protection and cloud-free weather, the solar eclipse will be visible from most of Europe, northeastern Africa, the Middle East and western Asia. 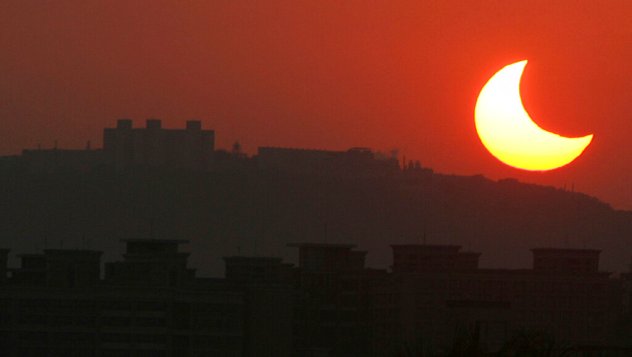 Two weeks later, the second and final event of the eclipse season will unfold in the night sky. On Nov. 8, a total lunar eclipse will be visible across all of North America, causing the moon to turn dark red or rusty orange. This will be the final total lunar eclipse visible anywhere around the world until March 13, 2025.