A SpaceX Falcon 9 rocket lifted off from California's Vandenberg Space Force Base on Nov. 23, carrying a NASA spacecraft that will be used to see if it can change the asteroid's direction.

Nov. 24 (UPI) -- NASA successfully launched a rocket into space late Tuesday with a payload of a spacecraft that will next fall slam into an asteroid in a first planetary defense test.

The stage one of the rocket was retrieved upon the autonomous drone ship Of Course I Still Love You off the coast of Baja, Calif., while the second stage continued into space with its 1,477-pound payload spacecraft.

The vending machine-sized vehicle then detached from the stage-two rocket about an hour into its journey. Once thrusters bring the spacecraft into stabilization, over the next two hours its two 28-feet-long solar arrays will unfurl, which will absorb the sun's energy to power its 7 million-mile trip to its impact target, the Didymos asteroid system. 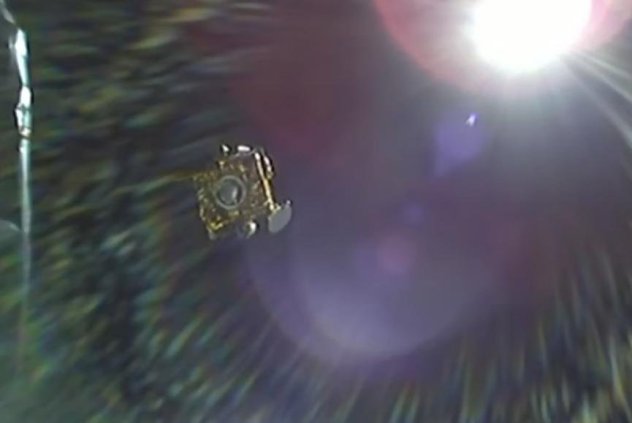 The DART mission spacecraft successfully detached from the rocket as it makes its 7 million-mile journey toward its target. (NASA)

Andy Cheng, DART's investigation team lead, said during a live telecast of the launch that the spacecraft's target is Dimorphos, a moon orbiting the Didymos asteroid.

When the spacecraft hits its target, the moon's orbit around the asteroid will change, which will be measured by ground-based telescopes, he said.

A nudge to an asteroid's trajectory may only cause a change of millimeters a second, which isn't very fast, but could over a long enough period of time force a threat to Earth to miss the planet completely.

The spacecraft is expected to hit the asteroid in 11 months at the speed of about 15,000 mph.

Prior to impact, LICIACube will be released, which will record its parent spacecraft's final moments and beam the images and data back to Earth. 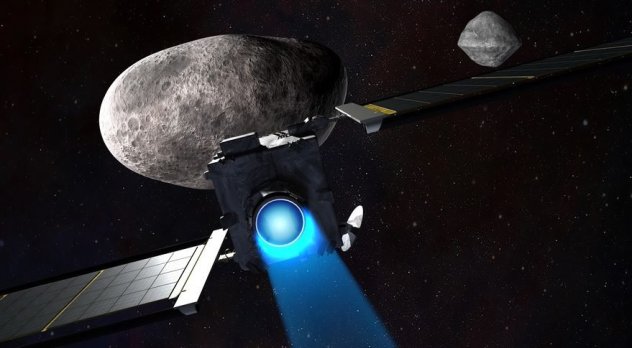 The mission, which targets a system that poses no threat to Earth, comes with a $330 million dollar price tag, and it won't be the last of its kind.

One of those missions is the development of a near-Earth surveyor, which is a space-based telescope that will be deployed to search for near-Earth asteroids. 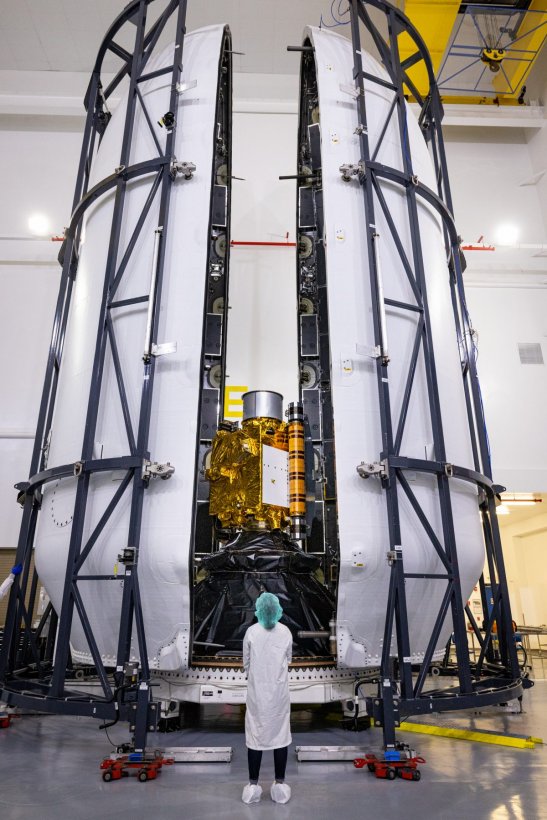 The DART asteroid impactor spacecraft is packed inside the nosecone of a SpaceX Falcon 9 rocket at the SpaceX processing facility inside Vandenberg Space Force Base in California. (NASA/Ed Whitman)

Dr. Kelly Fast, a program scientist in NASA's planetary Science Division, said there are more than 27,500 known near-Earth asteroids, none of which pose a threat to the planet, but there are many others out there that have yet to be detected.

"The subset that are a large size that really could do damage that the Earth's atmosphere doesn't protect us from, that larger population, we've probably only found about 40% of those," she said. "So we keep searching."

Weather for the launch was 90% favorable, U.S. Space Force said.