Aug. 30 (UPI) -- NASA announced it has rescheduled its Artemis 1 launch to Saturday, after the historic mission to the moon was grounded Monday due to an engine problem.

"We're now targeting Saturday, Sept. 3 for the launch of the Artemis 1 flight test around the moon," NASA tweeted. "The two-hour launch window opens at 2:17 p.m. ET."

The unmanned Orion space capsule's 42-day mission will pave the way for humans to return to the lunar surface. Monday's launch was called off due to problems with the temperature of the hydrogen fuel on engine number three on the Space Launch System's core stage, which is the large orange tank that has four main engines. 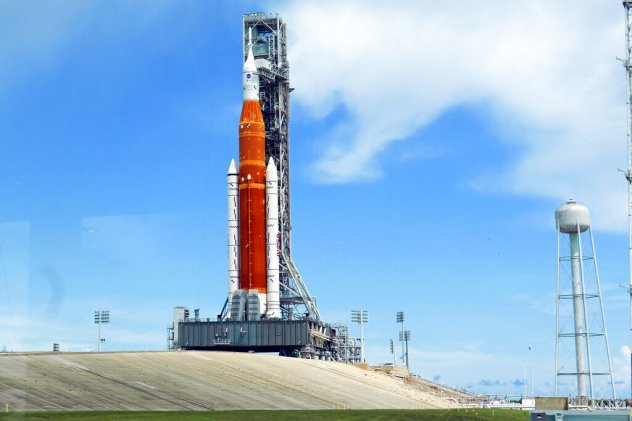 On Tuesday, mission managers shared an update saying one of the rocket's four RS-25 engines could not reach the proper temperature range that is required for the engine to start at liftoff. Managers speculate it could be a valve or a faulty sensor providing an incorrect reading.

"The way the sensor is behaving doesn't line up with the physics of the situation," said John Honeycutt, at NASA's Marshall Space Flight Center in Alabama.

The team said the plan for Saturday is to bleed the system with liquid hydrogen 30 to 45 minutes earlier in the countdown, than was done on Monday, and monitor the engine's temperature.

"Engine #3 was probably about 30 to 40 degrees warmer than the other engines," said Honeycutt.

"The cooling liquid was not flowing into the engine and so it's most likely some sort of valve problem. It really depends on how well they can get to that part of the engine while still on the pad," Don Platt with Florida Tech said.

"Coming into yesterday's attempt, we said that if we couldn't thermally condition the engines, we're not going to launch," said Mike Sarafin, Artemis mission manager at NASA headquarters. "That's the same posture that we're going into Saturday.

Artemis 1, which still sits on Launchpad 39 B at Florida's Kennedy Space Center, would have to be rolled back into the Vehicle Assembly Building if the team decides to remove and replace the sensor.

"We agreed on what was called option one, which was to operationally change the loading procedure and start our engine chill down earlier," said Sarafin. "We also agreed to do some work at the pad."

If there are more technical issues or Saturday's weather forecast changes, the Artemis 1 mission would be pushed to Sept. 5.