Mary Winston Jackson, the first African American female engineer at NASA, is being honored for her trailblazing contributions at the space agency.

NASA Administrator Jim Bridenstine said in a statement the building will be called the Mary W. Jackson NASA Headquarters.

"Mary W. Jackson was part of a group of very important women who helped NASA succeed in getting American astronauts into space," Bridenstine said. "Mary never accepted the status quo, she helped break barriers and open opportunities for African Americans and women in the field of engineering and technology. Today, we proudly announce the Mary W. Jackson NASA Headquarters building."

The building resides on Hidden Figures Way, a street that was named after the 2016 film Hidden Figures that put a spotlight on the contribution Jackson and her other female colleagues of color put toward NASA's space program in the early 1960s. 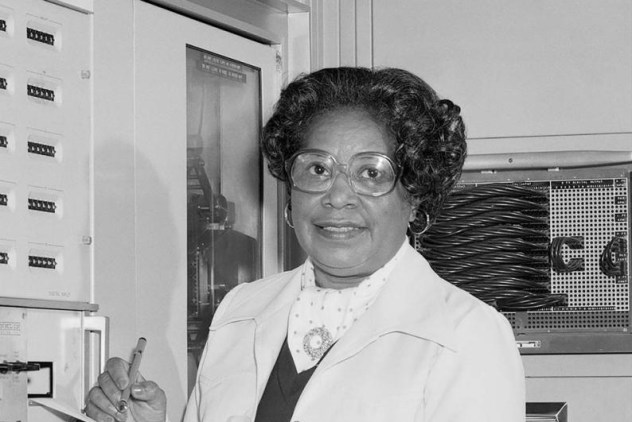 In the film, Jackson was played by actor and musician Janelle Monae.

Bridenstine said it is fitting for the building to reside on that street, whose name was changed to that of the film in June of last year, as it is a reminder that Mary "is one of many incredible and talented professionals in NASA's history who contributed to this agency's success."

"Hidden no more, we will continue to recognize the contributions of women, African Americans and people of all backgrounds who have made NASA's successful history of exploration possible," Bridenstine said.

Mary Winston Jackson, the first African American female engineer at NASA, is being honored for her trailblazing contributions at the space agency.

According to NASA, Jackson, a graduate of the Hampton Institute with a dual degree in math and physical sciences, was recruited by the National Advisory Committee for Aeronautics, which was later succeeded by NASA, and became known as "one of the human computers" at the building where she worked under Dorothy Vaughan, who was portrayed by Octavia Spencer in the 2016 film. 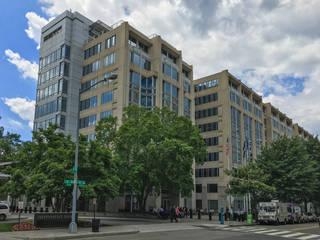 The Mary W. Jackson NASA Headquarters residents on Hidden Figures Way, named after the 2016 film and book about the women of color who worked at the agency to put Americans into space. (NASA)

After completing a training program at the agency, Jackson became NASA's first black female engineer in 1958 and during her nearly two-decade career she authored or co-authored numerous reports on the behavior of the boundary layer of air around airplanes, NASA said.

In 1979, she joined the Federal Women's Program where she worked to promote the hiring and promotion of future female mathematicians, engineers and scientists.

She retired in 1985 and died in 2005. She was posthumously awarded the Presidential Medal of Freedom in 2015 and the Congressional Gold Medal last year.

"NASA is dedicated to advancing diversity, and we will continue to take steps to do so, Bridenstine said.