The International Space Station (ISS) is the largest human-made object to fly in space and can be seen from anywhere around the world when the conditions are right.

The football field-sized space laboratory flies 250 miles above Earth’s surface at a speed of around 17,500 mph and has been continuously crewed by astronauts since Nov. 2, 2000.

International Space Station viewing conditions are favorable several times a month, providing skywatchers of all ages the opportunity to see one of NASA's biggest achievements by just taking a few short steps outside.

Although the ISS is always orbiting the Earth, it is not always visible and requires a small amount of planning, and cloud-free weather, to spot.

The ISS can be the third brightest object in the sky after the sun and the moon, making it easy to spot from urban areas like New York City, Chicago or Los Angeles. It may look like a plane at first, but the ISS will shine as a solid white dot that slowly sweeps across the sky.

The lack of flashing light is the easiest way to tell that it is the ISS and not an airplane. 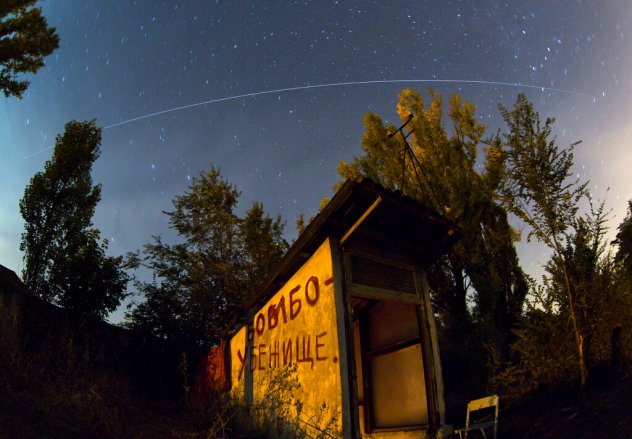 “The space station is visible because it reflects the light of the Sun – the same reason we can see the Moon,” NASA said.

When everything lines up perfectly, the ISS can outshine the brightest stars and planets in the sky.

“However, unlike the Moon, the space station isn’t bright enough to see during the day. It can only be seen when it is dawn or dusk at your location,” NASA said.

Additionally, the ISS cannot be seen when it is flying through Earth's shadow since there is no sunlight for it to reflect back down to Earth.

When can I see the International Space Station?

Whether or not the space station will be visible on a given night depends on its orbit and at what time it passes overhead.

Each time the ISS passes overhead is different. On some passes, it is very dim and is not visible for long, while other times it is incredibly bright and visible for over five minutes. Those planning to look for the ISS should plan to view it on a night when it will be in the sky for a longer period of time as these are typically the brights passes.

Additionally, people should check the AccuWeather Astronomy weather forecast for their area to see if clouds will interfere with viewing conditions.

The ISS is bright enough for most cell phones to capture images or videos of it as it flies overhead. 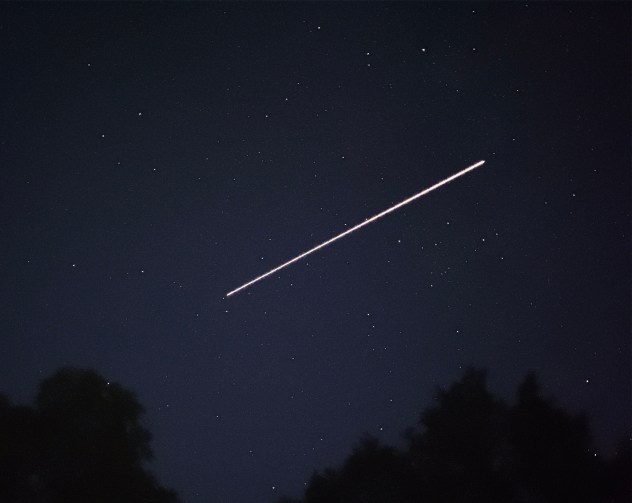 A long-exposure image was taken with an iPhone showing the International Space Station flying over Pennsylvania on Oct. 4, 2021. (AccuWeather)

While a telescope is not needed to spot the station, those with a good telescope and proper equipment can look for it when it passes across the face of the moon or sun.

Seeing the ISS pass in front of the sun or moon, known as a transit, takes a fair amount of planning and will likely require some travel. It also requires precise timing as the space station will fly across the face of the sun or moon in the blink of an eye.

Those trying to see the ISS as it transits the sun will also need to ensure that they have the proper safety equipment. Looking at the sun through a telescope without the proper solar filter can be extremely dangerous and lead to permanent eye damage.

During the 2017 total solar eclipse, some photographers traveled to very specific locations in the United States so they could witness the ISS transit the sun during a partial phase of the solar eclipse. 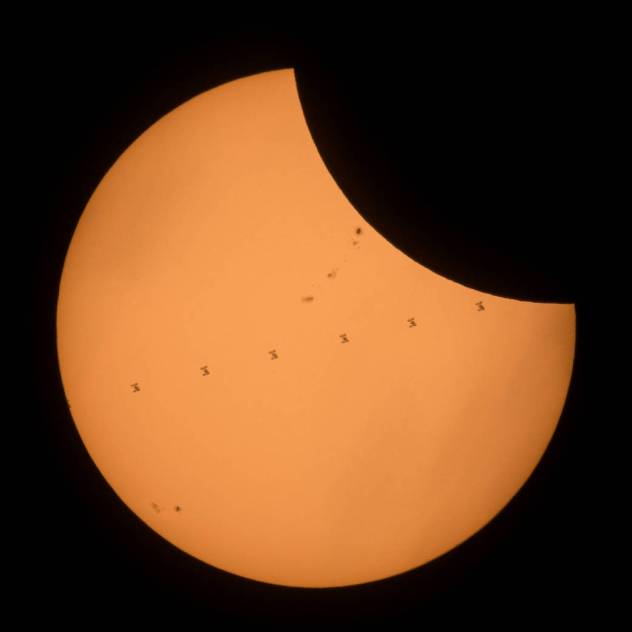 The International Space Station passing in front of the partially eclipsed sun on Aug. 21, 2017. (Photo/NASA/Joel Kowsky)

Scientists: 2nd asteroid may have contributed to dinosaur extinction