It’s nicknamed “the ringed jewel of the solar system,” and while the planet will be at its brightest to the naked eye, peering through a telescope will reveal breathtaking details of the giant.

The solar system is filled with unique planets varying in size, shape and even weather. However, one planet stands out from the rest, at least in appearance, having an elaborate system of breathtaking rings: Saturn.

August is the best time in 2022 to view the ringed planet in the night sky as it reaches opposition. This astronomical term describes when a planet appears opposite of the sun from the perspective of the Earth with the three objects almost forming a perfect line. Opposition is also around the time when Earth and Saturn are at their closest, making the ringed giant appear brighter than at any other time of the year.

Saturn is visible all night long during the weeks surrounding opposition, as long as it isn't cloudy. It can be seen rising in the East around nightfall and setting in the West as the morning twilight appears on the horizon, making it a great object to look for in the sky regardless of what time of night it is. Up until the summer, Saturn was exclusively featured in the pre-dawn sky. 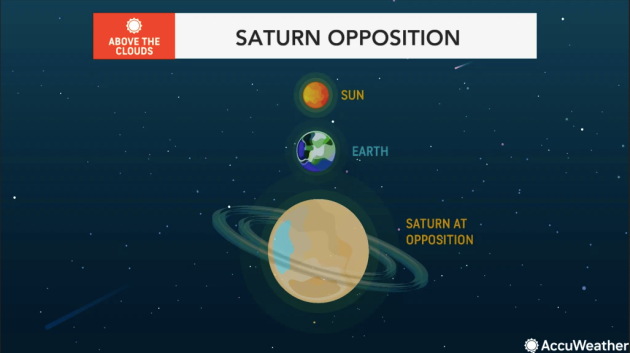 The Saturn opposition is the perfect opportunity to learn the ins and outs of a new telescope or to dust off an old telescope to enjoy great views of the planet.

Learning how to use a new telescope can be tricky, especially when searching for faint objects, such as comets or distant galaxies. The benefit of a bright planet like Saturn is that it is visible to the unaided eye, making it easier to point a telescope in the right direction to see the planet through the eyepiece. And zooming in on the naked-eye planet pays off.

Most telescopes have enough magnification power to reveal the rings of Saturn. The appearance of the planet through a telescope will not be the same as the high-resolution images captured by NASA, but the thrill of seeing Saturn's massive rings with your own eyes for the first time is unmatched.

Telescopes can also reveal some of Saturn's largest moons, including Titan, the only known moon to have a dense atmosphere. This distant world is significantly colder than Earth with temperatures dropping to nearly 300 degrees Fahrenheit below zero and has an atmosphere that is comprised of 95% nitrogen and 5% methane, according to NASA. 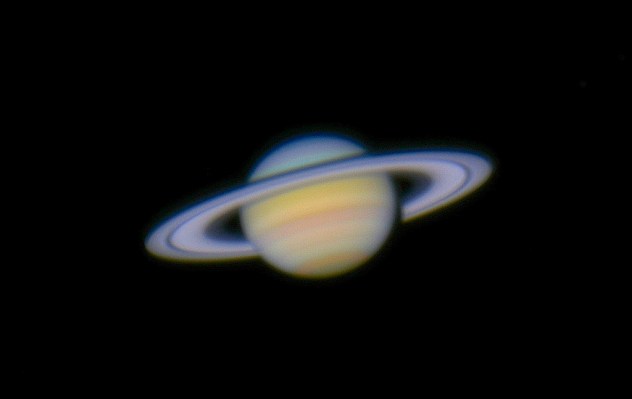 Saturn seen through a telescope from Texas on Nov. 26, 2006. (Jeff Barton and Josh Walawender)

Jupiter will also be visible after 11 p.m., local time, in the same region of the sky as Saturn and is another great object to peer at through telescopes during August.

Even the most basic telescope or pair of binoculars will reveal Jupiter's four largest moons. Bigger telescopes will allow onlookers to see the colorful bands of clouds and perhaps even the Great Red Spot, the largest storm in the solar system. 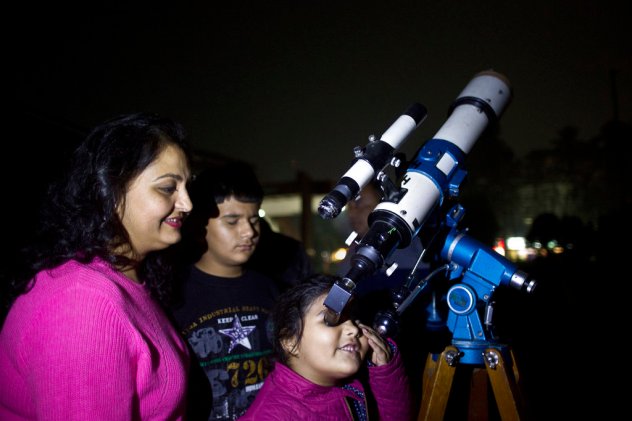 Although the Saturn opposition occured on Aug. 14, the entire month will offer great views of the planet, provided that Mother Nature cooperates.

People planning to set up a telescope to zoom in on Saturn should check the free AccuWeather app to find an evening when cloud-free conditions are forecast.

Saturn will remain visible in the evening sky throughout the rest of 2022, but it will not appear quite as bright heading into autumn and winter as the Earth moves farther and farther away from the planet in the solar system.

The moon will appear to have some close encounters with Saturn in the coming months that will provide more excellent viewing opportunities for stargazers of all ages, including on Sept. 8, Oct. 5, Nov. 1 and Dec. 26.