The Thunder Moon won't be the only celestial world shining bright to start the weekend, catch Jupiter and Saturn joining the moon on the night of July 23-24.

Thunder will resonate across the night sky at the end of the week, even in areas where dry weather is in the forecast.

The thunder will not come in the form of severe weather, but in an astronomical event that takes the name of the powerful rumble that accompanies a bolt of lightning.

Full moons have been given several nicknames over the years based on the month in which they occur. The monikers have been linked to nature, the weather, Native Americans or Colonial Americans.

July’s full moon is sometimes referred to as the Thunder Moon after the thunderstorms that rumble across the Northern Hemisphere during the summertime.

The full Thunder Moon is set to rise on Friday evening in the eastern sky right around nightfall and will glow all night long, as long as clouds from nearby storms do not block out the sky. 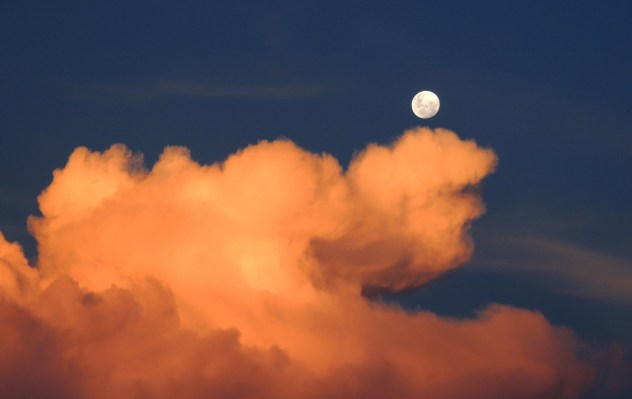 Another popular nickname for July’s full moon is the Buck Moon as it is the time of year when male deer begin to grow their antlers, The Old Farmer’s Almanac explained.

Other nicknames include the Berry Moon, the Salmon Moon and the Halfway Summer Moon.

The moon will not be alone in the sky this weekend as it will make a close pass to two of the biggest planets in the solar system.

On Friday night, the moon, Saturn and Jupiter will appear to fall in line in the southeastern sky by around midnight, local time. 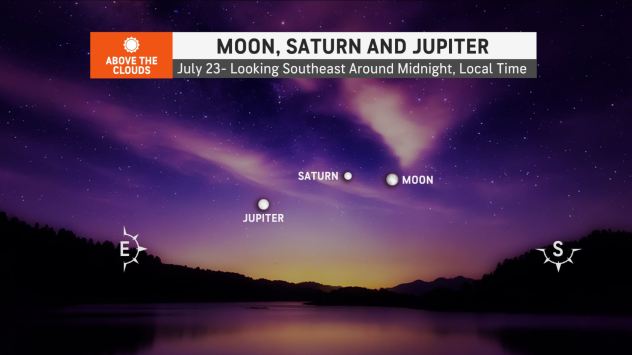 The trio will appear together again on Saturday night as the moon glows almost directly between Saturn and Jupiter.

The weekend will come to an end with the moon appearing just below Jupiter after sunset early Sunday night. Employees, customers recount having seconds to shelter from tornado-wa...