An emotional William Shatner, who portrayed Captain James. T. Kirk in the famous TV series, described his trip into space as a "profound experience" once he returned to Earth on Wednesday.

Shatner, 90, becomes the oldest person ever to reach space. The New Shepard rocket that carried the crew lifted off into a mostly sunny sky at 10:50 a.m. EDT from the company's Launch Site One about 160 miles east of El Paso.

The capsule touched down 11 minutes later after reaching space and descending back to the Texas dessert. 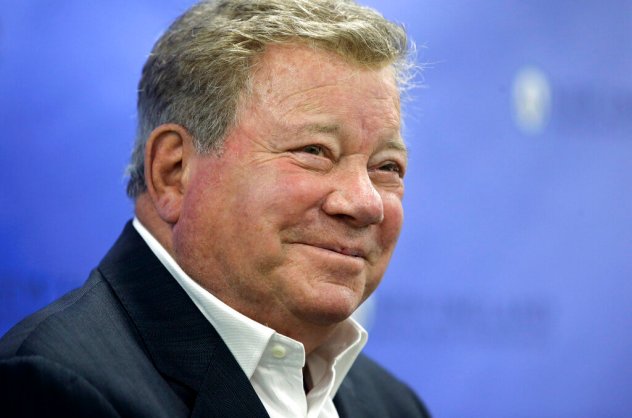 He appeared overcome with emotion after the flight as he thanked Blue Origin founder Jeff Bezos, who pinned astronaut wings on the four crew members. Shatner said viewing Earth's atmosphere made him feel it was fragile -- a "sliver" of precious air.

"Everyone needs to see ... the blue down there, and the black up there. It was so moving to me," Shatner said.

"What you have given me is the most profound experience," he told Bezos. "I'm so emotional about what just happened."

Shatner, who portrayed Captain James. T. Kirk in the 1960s television series, said in a Blue Origin video that he's aware of the impact his spaceflight will have.

"It looks like there's a great deal of curiosity about this fictional character, Captain Kirk, going into space. So, let's go along with it. And, enjoy the ride!" Shatner said.

Shatner was an invited guest of Blue Origin. He traveled with two businessmen who are paying customers and a company executive, Audrey Powers, the vice president of mission and flight operations.

The mission was titled NS-18 for the 18th flight of a New Shepard rocket. It was only the second crewed mission for Blue Origin, after Bezos flew July 20 with three crew members.

#NewShepard is go for launch! The mission team has completed the Flight Readiness Evaluation prior to #NS18. This is our final meeting with the engineers and Mission Control team to ensure all systems are go for launch. A thread: pic.twitter.com/nCBmVyTh2X

Blue Origin delayed the launch due to winds at the launch site Tuesday. Flight director Nick Patrick said in a video release that the crew spent the day training.

The capsule passed the Karman line, about 62 miles high -- an international definition of space.

The crew spent about three minutes in weightlessness before strapping in for the descent, ultimately under parachutes.

Training covered what would happen if safety systems activated, primarily a backup parachute, and how to move safely in weightlessness.

Patrick said watching Shatner actually go to space in real life and not just on a fictional TV show would be a treat.

"He's somebody who's been responsible, I think, for inspiring millions of us to be interested in space exploration and spaceflight. And somebody who certainly inspired me to get into this business," he said.

At least 1 dead following eruption of Mount Semeru in Indonesia