At least nine deaths have been associated with the dual storms that rocked western and central Europe from Friday into Sunday.

Seven of the deaths were reported in Spain and two others in Portugal, according to The Guardian. 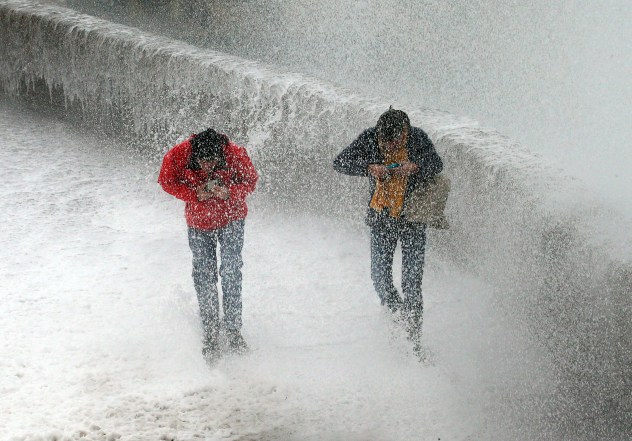 People escape a wave from the Atlantic Ocean, in Biarritz, southwestern France, Sunday, Dec.22, 2019. Most of the French regions are on alert for violent storms and high winds. (AP Photo/Bob Edme)

The strong winds resulted in more than 118,000 power outages, the majority of which were reported in France. 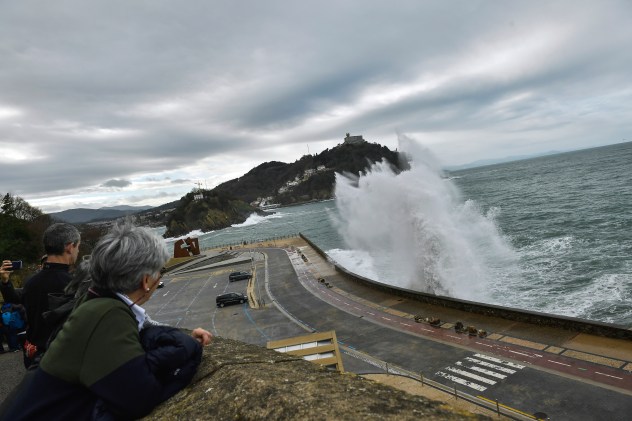 People look at a giant wave crashing against the sea defenses, during a high tide in San Sebastian, northern Spain, Sunday, Dec. 22, 2019. Spain experienced high winds and heavy rain as a storm reached the northern Iberian Peninsula from the Atlantic. (AP Photo/Alvaro Barrientos)

The town of Bastia reported its highest wind gust in history, when winds peaked at 169.9 (105 mph).

In Spain, the stormy weather cut power to around 8,000 homes in Galacia and forced eight parks in Madrid to be closed on Saturday. 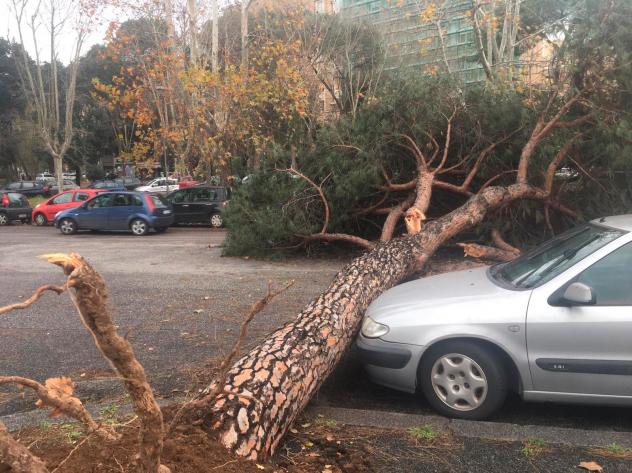 A tree collapsed on a street due to strong winds, in Rome, early Sunday, Dec. 22, 2019. Bad weather with heavy rains and strong winds has been hitting most of Italy. (AP Photo/Beatrice Larco)

The storm caused damage as it struck Italy Saturday night into Sunday.

Wind gusts over 85 km/h (50 mph) were reported in Rome resulting in downed trees.

Gusty winds will continued across Italy and the Balkan Peninsula on Monday as Fabien tracked over southeast Europe. 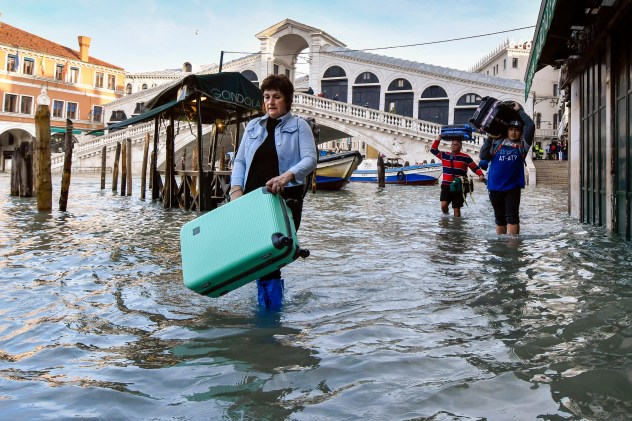 People carry their luggage as they wade through water during a high tide of 1.44 meters (4.72 feet), near the Rialto Bridge, in Venice, Italy, Monday, Dec. 23, 2019. Venice is facing more intense floods on Monday, while it battles to recover from the exceptional high tide that hit it in November, causing massive damages. (AP Photo/Luigi Costantini)

Fabien also caused flooding in Venice where rainfall of 25-75 mm (1-3 inches) combined with high tides to inundate parts of the city.

A fast-moving storm will bring rain and wind from the United Kingdom to northern France and Germany Monday night into Tuesday; otherwise, a period of more tranquil weather is expected this week across areas affected by Elsa and Fabien.