Streets were flooded as heavy monsoon rain fell on Mumbai, India, on June 9.

A residential building collapsed amid heavy rainfall in Mumbai on Wednesday, killing 12 and leaving others trapped in the rubble.

AFP, citing Indian authorities, said at least eight of the victims were children, and seven others were injured. Three others are thought to still be buried in the rubble. Several other residents have been evacuated from nearby structures, which are said to be in dangerous conditions, according to AFP.

Building collapses during monsoon season are not uncommon in India, AFP reported.

The rain also flooded roadways and sidewalks across the city which led to travel disruptions. Mumbai is India's financial center and has a population of more than 16 million. The city has also been called the most crowded in India. 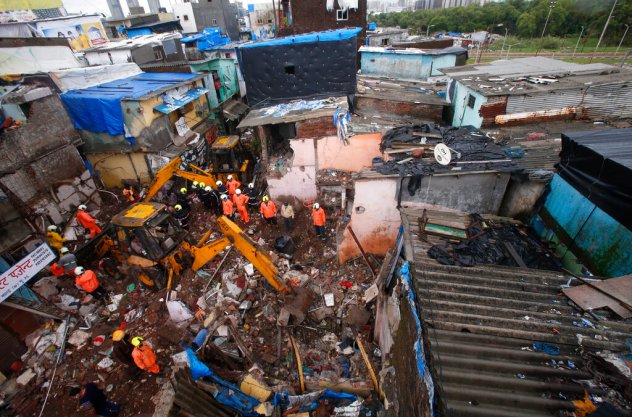 A total of 15.66 inches (398 mm) of rain fell at Mumbai’s Chhatrapati Shivaji Maharaj International Airport during the three-day period ending Friday morning. Of this, 9.09 inches (230 mm) fell during a 24-hour period through Wednesday night.

The recent heavy rain coincides with the onset of the southwest monsoon in Mumbai which brings heavy rain to the region each summer. 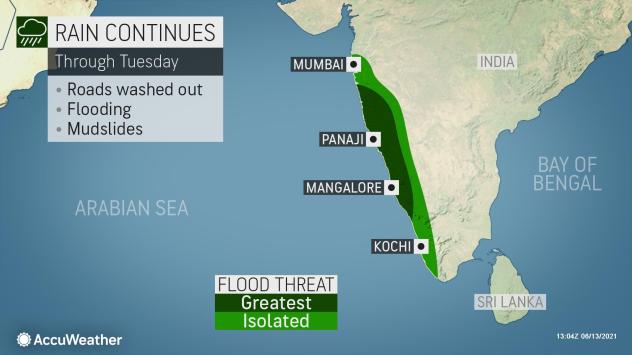 Additional heavy rain is expected along the western coast of India through early next week, but the heaviest of the rain is expected to fall just to the south of Mumbai across Goa, western Karnataka and southwestern Maharashtra. 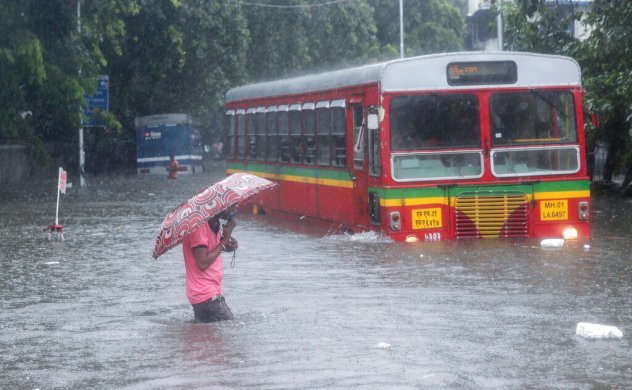 These areas can receive 8-16 inches (200-400 mm) of rain from Friday to Wednesday. This rain can not only lead to flooding but can also wash out roads and cause mudslides as soil becomes overly saturated and potentially cause more building collapses.

During the middle of May, 9.33 inches (237 mm) of rain fell on Mumbai when Cyclone Tauktae tracked near the city. Heavy rain from Tauktae also led to building collapses and flooding which killed 16, according to NPR. 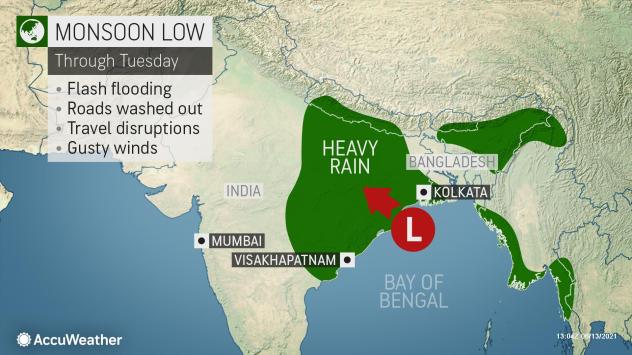 “This low will have the opportunity to become a depression before pushing into the Odisha or West Bengal coast this weekend but is not expected to organize further into a tropical cyclone,” said Zartman.

While the tropical low is not expected to develop into a cyclonic storm, it is expected to bring heavy rain to areas recently hit by Cyclone Yaas during the end of May.

“Enhanced rain is expected from northeastern India to Bangladesh from through the weekend,” said Zartman. “The rain will eventually reach Madhya Pradesh and Uttar Pradesh early next week.”

Locally heavy rainfall of up to 6 inches (150 mm) can fall elsewhere across northeastern India and Bangladesh.

The low can bring gusty winds to coastal areas in northeastern India, but wind damage is not expected to be a concern.

“This low is expected to advance the monsoon farther north and west across India into next week,” said Zartman.

The southwest India monsoon begins during the beginning of June in southern India and advances northward through the course of the month, reaching northwestern India by the end of June or the beginning of July. While the monsoon can lead to widespread flooding across India, it is crucial for the region as it brings the majority of the yearly rainfall.