Girl, 7, killed when tree crashes onto campsite in national park

Authorities say it's unclear what caused the tree to collapse in the Great Smoky Mountains National Park, which has experienced heavy rainfall over the past several weeks. 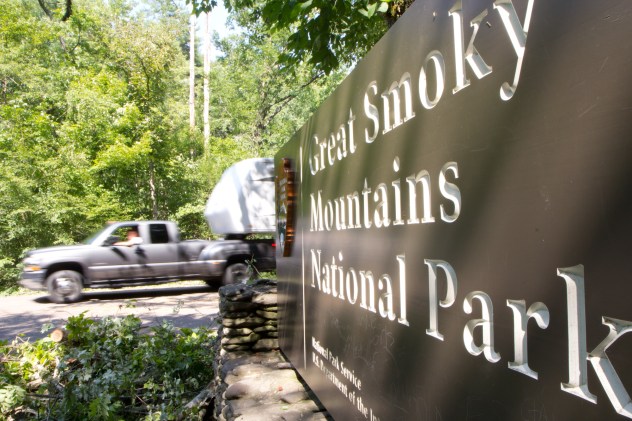 A 7-year-old girl from Georgia was killed when a large maple tree “approximately 2 feet in diameter” came crashing down on her family’s campsite in Great Smoky Mountains National Park in Tennessee early Wednesday, the National Park Service said. The incident comes amid recent heavy rain that has pounded the area, prompting park officials to close many trails and roads that course through the popular tourist destination.

Rangers responded to the scene around 12:30 a.m. in the Elkmont Campground, a 200-site campsite about eight miles from Gatlinburg, Tennessee.

The girl’s father and two other siblings were not injured, and the victim’s identity has not been released, the NPS said.

Officials said it’s unclear what caused the tree to fall in the middle of the night.

Heavy rain has deluged the region for much of July, saturating the ground. 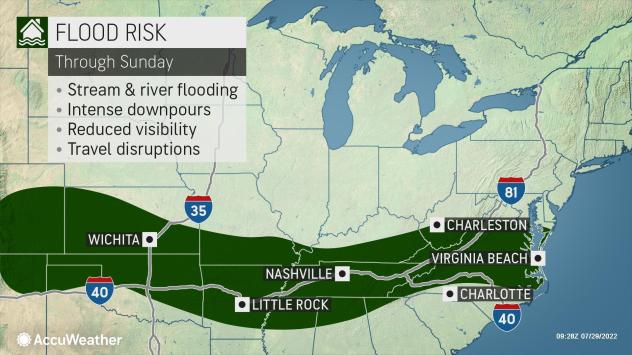 Park officials last week ordered several roads and trails temporarily closed in the Greenbrier section of the park after about 3 inches of rain fell in the region, damaging parts of the park and causing rivers to overflow. That was on top of the nearly 9 inches of rain heavy rainstorms dumped over several hours on July 12, the park service said.

In some spots, rescue crews said the water reached as high as a picnic table, and the rushing water was so strong that it washed an SUV into a creek and slammed it up against a tree, WYFF-TV in Greenville, South Carolina, reported.

Also earlier this month, emergency responders from the park and Gatlinburg Fire and Rescue rescued a 13-year-old boy from rising floodwaters in the Chimneys Picnic Area of the park, Deputy Superintendent Alan Sumeriski told the Charlotte Observer.

Park officials have issued a public warning about unstable trail and road conditions due to oversaturation, noting that “conditions remain unpredictable,” the park said.

And the rain is not expected to let up anytime soon. AccuWeather meteorologists are forecasting more rounds of showers and thunderstorms through the weekend from Colorado to North Carolina, with localized flash flooding possible every day.