AccuWeather Global Weather Center, September 21, 2022 — Today, AccuWeather, the most accurate and most used source of weather forecasts and warnings, unveils its Climate Impact Program, a partnership-based effort dedicated to protecting climate health and saving lives with better forecasts and information on severe weather and air pollution. Steven R. Smith, President of AccuWeather, will announce the program during a virtual summit: Climate change and extreme weather: taking action with data. 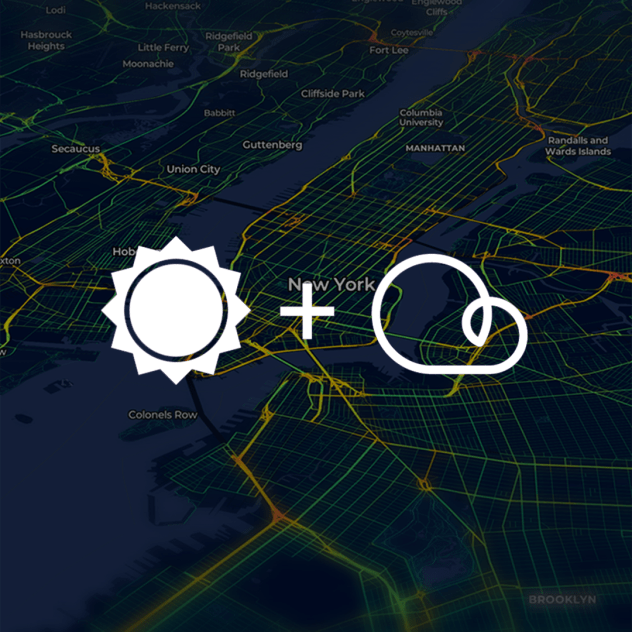 AccuWeather’s Plume Labs, its center for environmental data and machine learning, will drive the cross-company program connecting leading institutions, activists, and enterprises with the data and expertise they need to run climate impact projects in three areas of focus:

“Access to environmental data and information is critical when it comes to making decisions about our health and future of the planet,” said Smith. “By partnering with the world’s leading climate researchers, communities, organizations, and enterprises to make sure they have the best data, expertise, and tools they need to scale up their work, together we will make a significant contribution to the fight against air pollution and climate change.”

Flagship partners on the initiative, including the Children’s Hospital of Los Angeles and the University of Chicago's Air Quality Life Index, will be joined by industry leaders and experts such as Otrivin’s Actions to Breathe Cleaner, and the Redford Center, to present their projects and discuss data-driven approaches to fighting climate change during the program’s virtual launch event.

“Our approach to helping people fight for fresh air has been deeply collaborative—working with communities, researchers, governments, and beyond,” said Tyler Knowlton, Director of Communications, Communities and Partnerships at Plume Labs. “As part of AccuWeather, we now have an unprecedented amount of world class environmental data and decades of expertise under one roof and we’re putting it to work with our partners around the world.”

Experts from AccuWeather, Plume Labs, and program partners are available for interviews by request. Please contact pr@accuweather.com to schedule a time with the following:

AccuWeather, recognized and documented as the most accurate source of weather forecasts and warnings in the world, has saved tens of thousands of lives, prevented hundreds of thousands of injuries, and saved tens of billions of dollars in property damage. AccuWeather’s talented staff achieves this noble purpose and mission through a culture of ICE – Innovation, Creativity, and Entrepreneurship.

AccuWeather forecasts appear on digital signage, in 700 newspapers, heard on over 800 radio stations, and on 100 television stations. The AccuWeather Network reaches 35 million households, and its AccuWeather NOW streaming service is available to more than 200 million active users on many platforms, including Roku, RedBox, LG, Amazon, and Freevee.

AccuWeather For Business serves more than half of the Fortune 500 companies and thousands of other businesses and government agencies globally who pay for the most accurate weather forecasts from any source.

AccuWeather's story is one of a fanatical dedication to Superior Accuracy ™, detail, creativity, innovation, entrepreneurship, and the loyalty and commitment of many people who have joined AccuWeather’s center of excellence, including many others who have dedicated their entire careers to AccuWeather.

Dr. Joel N. Myers, Founder and Chief Executive Officer, established AccuWeather in 1962 and is considered the “father of modern commercial meteorology.” Myers, a leading creative thinker, and visionary has been named “the most accurate man in weather” by The New York Times and one of the top entrepreneurs in American history by Entrepreneur’s Encyclopedia of Entrepreneurs.

Visit accuweather.com for the most accurate hyperlocal forecasts, weather

Plume Labs is best known for empowering people and organizations around the world with the most accurate air quality maps and data globally thanks to its industry-leading AI/ML air pollution forecasts and its Flow® device, the award-winning personal air pollution sensor.

The company was acquired by the AccuWeather group in January 2022 and continues to operate as its center for environmental data and machine learning, scaling up its ambitions to save lives by bringing its air quality forecasts to the 1.5 billion people AccuWeather reaches around the world and expanding its focus beyond air quality by applying Plume Labs’ AI technology to a broader range of environmental risks, from climate to wildfires.

The Plume Labs team is also accelerating AccuWeather’s investments in AI for weather predictions, a critical area of research to make forecasts ever more accurate for a changing climate.

Learn more about Plume Labs and air pollution at plumelabs.com