Powerball or a lightning strike: Which has better odds? 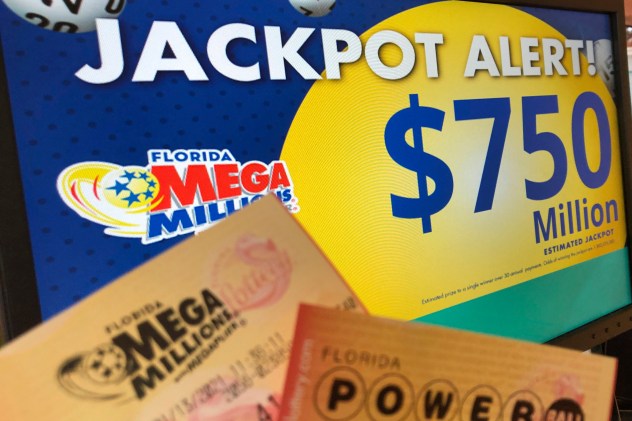 Powerball and Mega Millions lottery tickets are shown at a retailer, Wednesday, Jan. 13, 2021, in Surfside, Fla. Lottery players will have a shot Friday night at the fifth-largest jackpot in U.S. history after no tickets matched all the numbers in the latest Mega Millions drawing. The big prize for Powerball, the other national lottery game, is $550 million for Wednesday night's drawing. (AP Photo/Wilfredo Lee)

“I don’t understand why people who play the lottery aren’t more afraid of lightning,” joked comedian Kyle Kinane in his special Trampoline In A Ditch. “If you believe in those odds, shouldn’t you be like, ‘I got 20 bucks on the pick five. Wait, is that a storm?!'" Kinane went on, capping the bit with a two-word expletive meant to suggest sudden fear.

When the Mega Millions and Powerball jackpots skyrocket, many Americans begin to ponder their odds.

After all, someone has to win the money, right?

Well, not so fast. 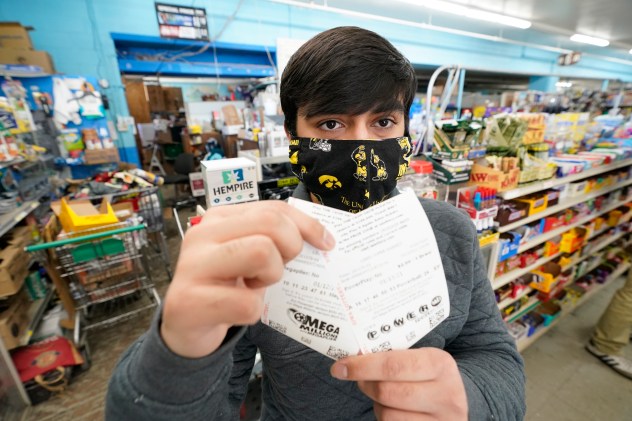 While the odds are obviously long, how often do players realize how seemingly impossible they truly are?

Well, to amend Kinane’s joke from earlier, if you like your good fortune for winning the lottery, then your fear of equally unlikely misfortune by way of "freak" accidents, such as getting struck by lightning or being crushed by a meteorite or getting attacked by a shark, should be downright terrifying.

"Like I said in the bit, you don't get to believe in only good luck. You either believe in luck (both good AND bad), or you don't," Kinane said to AccuWeather in an email. "So if you're crossing your fingers for the Powerball, might want to ask Zeus to go easy on your neighborhood while you're at it."

In fact, compared to 302,575,350-to-1 odds, the likelihood from a recent Mega Millions’ jackpot, getting struck by lightning would seem like a near certainty! 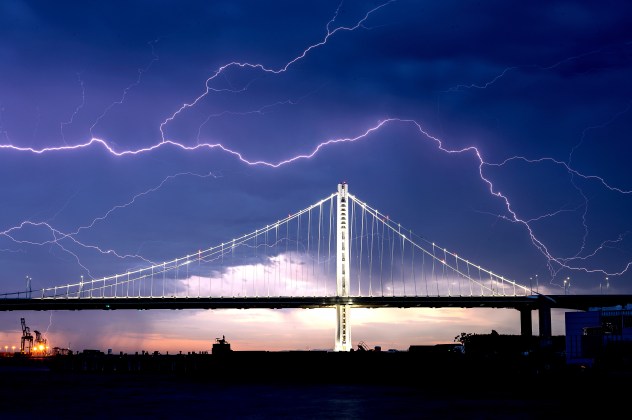 Data from the National Lightning Safety Council shows that an estimated 234 people are injured by lightning strikes each year. In 2020, 17 fatalities in the United States were attributed to lightning strikes, down from the average number of 26 deaths per year (based on estimations from 2010-2019 figures).

By those odds, you are equally likely to be struck by lightning on 250 different occasions as you are to nailing the right lottery numbers, Newsweek reported.

Here are the odds for some other incredibly improbable events that you are still more likely to experience before winning the lottery:

Being eaten by a shark

1 in 3.7 million, according to CNBC. Whale Bone Mag adds that those numbers change to 1 in 7 million for Americans living in a landlocked state

Being killed by a meteorite

1 in 700,000, according to astronomer Alan Harris in Discover Magazine. Those odds are considerably lower for getting struck directly by a meteor, however, dropping to 1-in-1.9 million should a meteor hit Earth.

1 in 112 million, according to "The Book of Odds" by Amram Shapiro. According to data from the National Electronic Injury Surveillance System, an average of four Americans died per year, between 2002 and 2015, due to vending machine mishaps.

'Incredible!' How a rainy day led to this man winning the lottery
The show must go on! Best music performances ever in extreme weather
Video shows tourists mesmerized by a rare ‘cloud waterfall’