In addition to Peter and Rose, AccuWeather meteorologists say more storms could develop this week, including one storm that may come back from the dead.

Along with Peter and Rose, forecasters monitor next storm

Peter, Rose and the return of Odette bear watching, but forecasters are also keeping an eye on Invest 98L, which will experience a high chance for development this week.

The 2021 Atlantic hurricane season is maintaining a prolific pace, and AccuWeather forecasters say it could be the second straight year that a supplemental list of storm names is utilized. With 17 named storms in the books already, only four storm names remain on the designated list for the season, which still has more than two months to go.

Given the frenzy of activity, the National Hurricane Center (NHC) is not far off from tapping into a new supplemental list of names predetermined by the World Meteorological Organization this past spring. These names will be given to named storms rather than using Greek letters beyond the original list of names as was the case in the hyperactive years of 2020 and 2005. 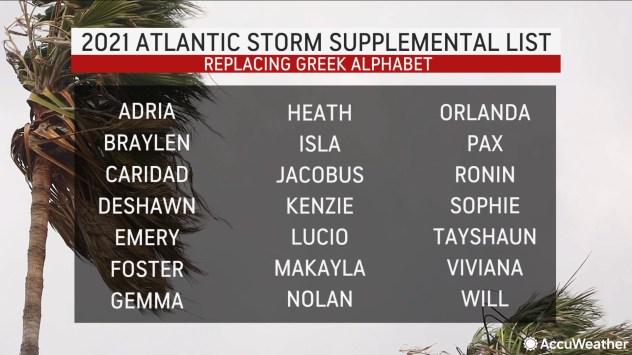 AccuWeather's team of tropical meteorologists has been tracking Peter since the middle of last week when it was a tropical wave moving off the western coast of Africa.

At 5 p.m. EDT Tuesday, Peter was downgraded from a tropical storm to a tropical depression with maximum sustained winds of 35 mph. Maximum sustained winds remained at 35 mph early Wednesday midday, and Peter was located about 225 miles north-northeast of San Juan, Puerto Rico. The tropical depression was moving to the north-northwest at 7 mph. Peter was fighting against significant wind shear and all of its showers and thunderstorms were forced to the east of the storm's center.

Aside from displacing Peter's stormy activity, this wind shear will also work to keep Peter from becoming significantly stronger as it passes north of the Caribbean during the middle of this week. AccuWeather forecasters say wind shear isn't the only factor that is set to keep Peter from strengthening. 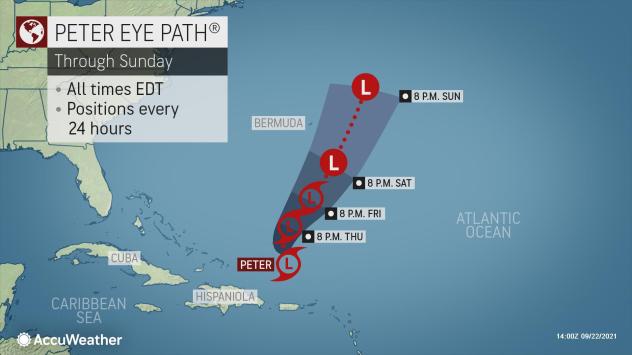 "The environment around Peter is relatively dry and this is a factor in keeping Peter from strengthening significantly," AccuWeather Senior Meteorologist Randy Adkins explained.

Regardless of strength, Peter will bring a risk for tropical downpours, locally gusty winds and rough seas for portions of the Caribbean through early Wednesday. Peter will not track close enough to the Caribbean to actually make landfall. Instead, the storm is forecast to track just north of Puerto Rico and eastern Hispaniola into Wednesday.

"Peter is then forecast to make a gradual turn to the north during the midweek period with a motion to the east of north expected thereafter," Adkins said.

This turn to the northeast is forecast to take the center of Peter near, but not directly over, Bermuda late this week and into the weekend. Locally heavy rainfall and gusty winds will be possible as the storm nears the area.

As Peter treks farther to the north, the storm will encounter even more hostile environmental conditions.

"It is not out of the question that Peter will lose definition as an organized tropical system altogether while still to the south or southwest of Bermuda," Adkins explained.

Residents and interests from Hispaniola westward to the Bahamas and northward to Bermuda should continue to keep a close eye on the track of Peter this week.

Elsewhere in the basin, AccuWeather forecasters continue to monitor the progress of Rose over the open waters of the eastern Atlantic Ocean. Rose was downgraded from a tropical storm to a tropical depression at 11 p.m. on Tuesday with maximum sustained winds of 35 mph. Rose was located about 1,115 miles to the west-northwest of the Cabo Verde Islands on Wednesday midday and was moving northwest at 9 mph.

"Rose is forecast to track steadily to the north-northwest over the next several days with no impacts to land," Adkins said.

Adkins also noted that the storm is forecast to move into an area of less favorable conditions on Wednesday. 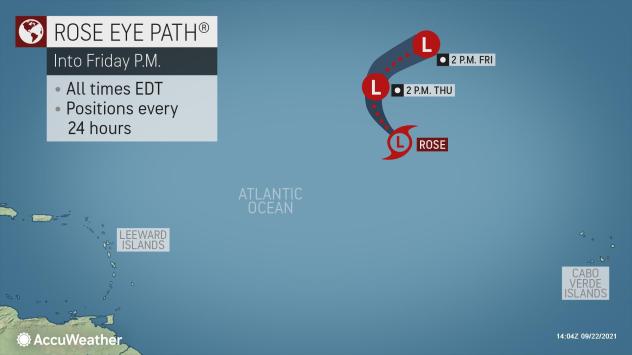 "Drier air, when combined with increasing wind shear and lower sea-surface temperatures, should induce a gradual loss of wind intensity, and Rose is likely to lose definition as an organized tropical system by the end of the week," Adkins explained.

Rose is not expected to bring any direct impacts to land as it churns over the open ocean. However, any shipping interests in the path of Rose may experience rough seas.

In addition to Rose and Peter, AccuWeather forecasters are monitoring two additional areas for potential tropical development this week.

The first and most likely area for tropical development is located to the southwest of the Cabo Verde Islands. An area of showers and thunderstorms, designated as Invest 98L by the National Hurricane Center (NHC), is forecast to track into favorable conditions for development later this week and could become the next tropical depression or tropical storm of the very active 2021 season.

AccuWeather forecasters expect 98L will experience a high chance for development through Friday. 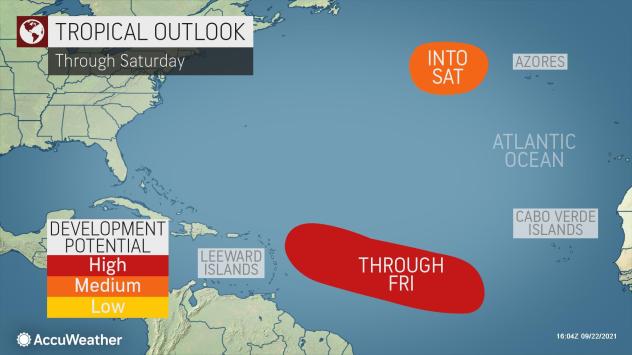 The second area forecasters continue to monitor is associated with what remains of former Tropical Storm Odette over the northern Atlantic Ocean. Odette formed over the Atlantic, a few hundred miles off the mid-Atlantic coast, Friday afternoon and lost its tropical characteristics about 24 hours later.

The area of low pressure that once bore the name Odette is forecast to move over waters that may be warm enough to support some tropical development through the end of this week.

According to Adkins, there is a medium chance that Odette could redevelop and become a subtropical storm through Saturday.

Should what remains of Odette once again gain tropical characteristics and return from its stint in the tropical graveyard, it will keep the name Odette and will not be assigned a new name.

Even though tropical activity has increased across the Atlantic basin once again, AccuWeather forecasters say the opportunity for storms to rapidly organize and strengthen has been impacted as the Northern Hemisphere begins to transition into the fall season. 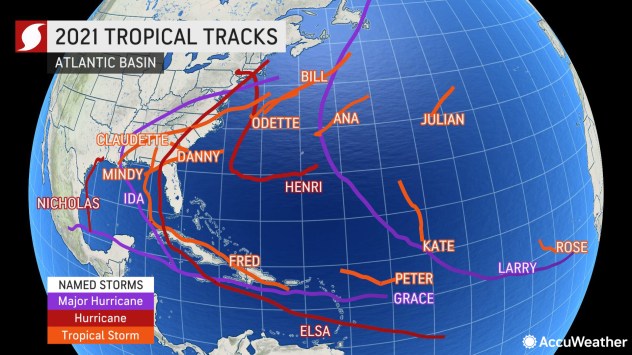 Kottlowski cautioned that this pattern does not prevent development entirely, but rather it just makes it more difficult for well-organized tropical systems to take shape. 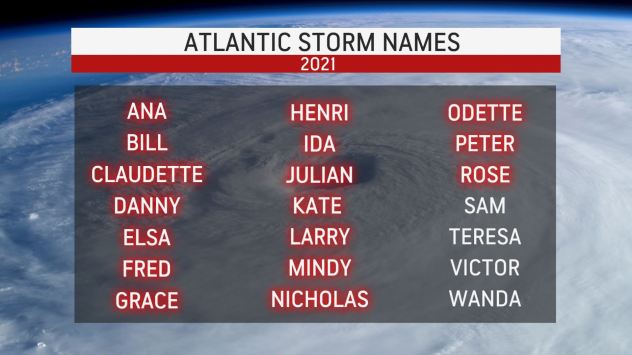 Rose and Peter were the 16th and 17th named tropical systems in the Atlantic basin this season. The next name on the list is Sam.

Harvest Moon to shine in night sky tonight
Volcanic eruption destroys homes, causes evacuations
If you see this invasive pest, kill it on the spot

High winds begin to ramp up with Hurricane Ian