Pamela's landfall in Mexico occurred only hours after it regained hurricane strength. The storm was downgraded to a tropical storm around midday Wednesday. 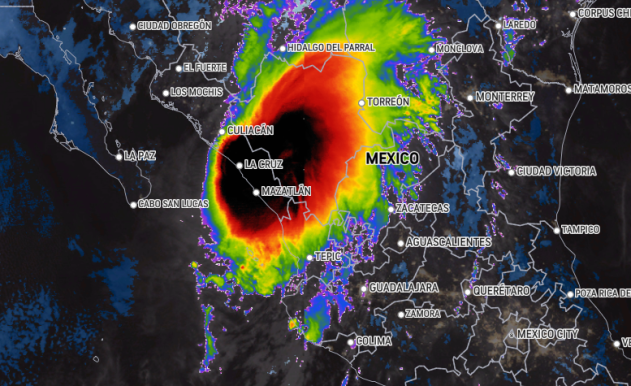 Hurricane Pamela is seen on satellite near the coast of Mexico on Wednesday, Oct. 13, 2021. (AccuWeather Enhanced RealVue™ Satellite)

Hours after making landfall as a Category 1 hurricane along the western coast of Mexico on Wednesday morning, Pamela was downgraded to a tropical storm as it moved farther inland over Mexico.

At noon, local time, Pamela was located about 170 miles northeast of Mazatlan, Mexico, and was tracking to the northeast at 25 mph, the National Hurricane Center (NHC) said. The tropical storm's maximum sustained winds were 45 mph, down 30 mph from early Wednesday.

Tropical-storm-force winds extend outward up to 70 miles (220 km) from the center of Pamela, the NHC said. 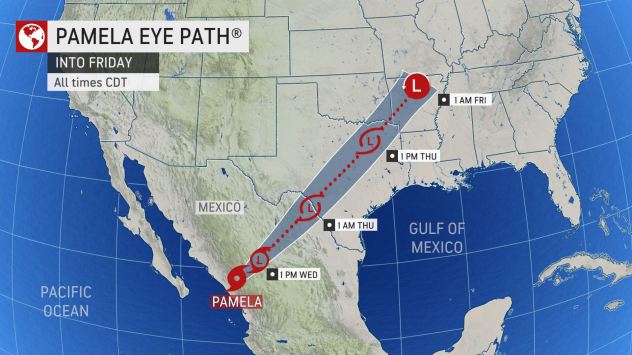 Pamala's landfall occurred around 6 a.m. local time near the town of Estación Dimas, located in the Mexican state of Sinaloa. The storm had regained hurricane strength only hours before it moved near the shore with a dangerous storm surge, powerful winds and drenching rain.

After Pamela trekked inland Wednesday morning, the Mexican government changed the hurricane warning in place for Bahia Tempehuaya to Escuinapa to a tropical storm warning.

The 16th named storm of the 2021 East Pacific hurricane season, Pamela had weakened a bit Tuesday, becoming a tropical storm, before it eventually regained strength during the early morning hours of Wednesday. 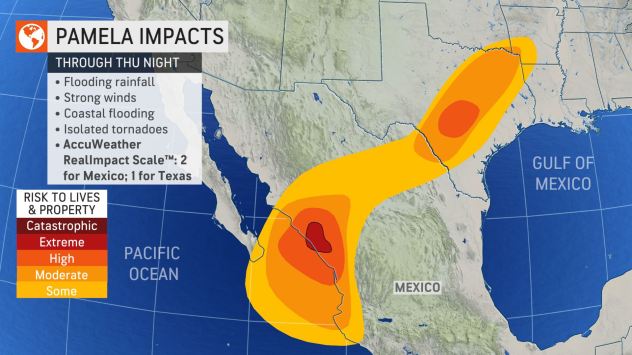 Due to the threat of damaging winds and heavy rainfall expected from the storm, Pamela will be a 2 on the AccuWeather RealImpact™ Scale for Hurricanes in Mexico.

The heaviest rainfall from Pamela is expected to occur across areas of elevated terrain in the Mexican states of Sinaloa and Durango with an AccuWeather Local StormMax™ of 16 inches (400 mm) forecast for parts of this region.

“Mudslides are likely to occur along the steeply sloped higher terrain and, when combined with the flash flooding potential, will pose a significant threat to lives and property. Travel will undoubtedly be impacted with major delays likely,” AccuWeather Senior Meteorologist Rob Miller said. 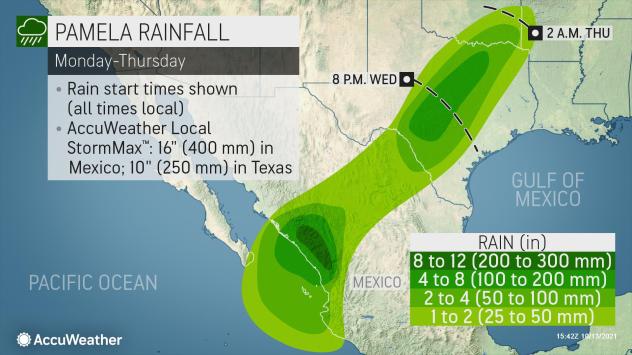 The strongest winds are expected to ravage the Mexican coastline where Pamela moves onshore from Wednesday into Wednesday night. Gusts of 90-110 mph (145-175 km/h) will be possible, and some could approach an AccuWeather Local StormMax™ of 120 mph (193 km/h).

As Pamela tracks inland, a rapid loss of wind intensity is expected as the storm moves over higher terrain. This will cause Pamela to transition to a tropical rainstorm by Thursday. 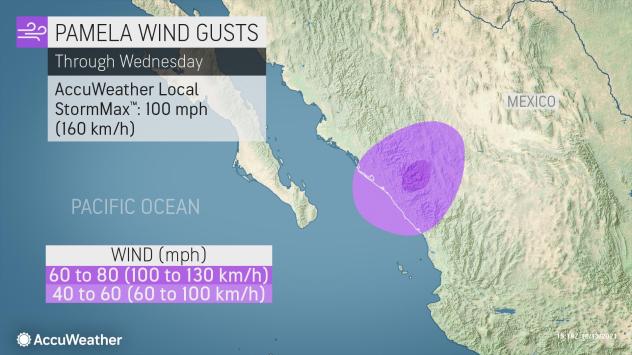 In August, Grace rapidly intensified into a Category 3 (maximum sustained winds of 111 mph) storm right before landfall in eastern Mexico after previously journeying through the Caribbean and Gulf of Mexico. Other storms that have made landfall in Mexico this tropical season include Tropical Storm Dolores and hurricanes Nora and Olaf.

Even as the storm becomes less potent, Pamela will remain a concern. Widespread rain will continue across central Mexico and spread into portions of Texas by late week.

“Large portions of both central and eastern Texas are set for a soaking later this week as Pamela crosses through the state, likely as a tropical rainstorm,” AccuWeather Meteorologist Mary Gilbert said.

Some locations could record rainfall totals as high as 4-8 inches (100-200 mm) spanning from central to northeastern Texas into Friday. One major population center forecast to fall in the bull's-eye of the heaviest rain is the Dallas-Fort Worth metroplex. The Dallas-Fort Worth area has received about 1.35 inches of rain so far in October, or about 31% of the 4.37 inches that is normal for the month, according to Gilbert.

This amount of rainfall can lead to significant flooding issues, especially in urban locations or places that have recently been pounded by severe weather.

While the bulk of the growing season is coming to an end across Texas, this upcoming week is still a vulnerable time for one major crop. The process of harvesting cotton is in full swing across portions of the state, according to AccuWeather Senior Meteorologist Tyler Roys.

Texas is the top producer of cotton in the U.S. with 2.4 million hectares, or 9,266 square miles of cotton fields across the state as of 2018, according to OneSoil.

“Any heavy rain will hinder the cotton crop as the greatest opportunity to do damage to the crop is at this crucial harvest time,” Roys explained.