The study, released earlier in May, also noted an uptick in air pollution elsewhere in the world was producing a decline in the number of tropical cyclones over the past 40 years.

A study released by NOAA, looking at four decades of tropical activity, finds that the reduction of air pollution in the North Atlantic may be contributing to the rising number of hurricanes.

Researchers examined how particulate air pollution, or aerosols, and climate change have affected tropical cyclones across the planet over the past 40 years in a new study from the National Oceanic and Atmospheric Administration (NOAA) that was recently published in the journal Science Advances, and the results are surprising.

“Air pollution is a big environmental risk to human health, and we have made great strides in reducing health risks by reducing particulate air pollution,” said Hiroyuki Murakami, a physical scientist at NOAA’s Geophysical Fluid Dynamics Laboratory and study author. “But reducing air pollution does not always decrease the risk of hazards from tropical cyclones.”

"Particulate matter can come from natural sources, like fine sand, wildfires, volcanic eruptions and sea salt for example, or from human activities, usually involving some kind of incomplete combustion -- a fire or explosion," said Quennehen.

From 1980 to 2020, Europe and North America have reduced particulate air pollution from automotive, and energy industries. This has resulted in an estimated 50% drop in the concentration of particulate air pollution from North America and Europe, which, as noted by the study from NOAA, has had a significant impact on water temperatures in the tropical Atlantic Ocean basin and the development of tropical cyclones. 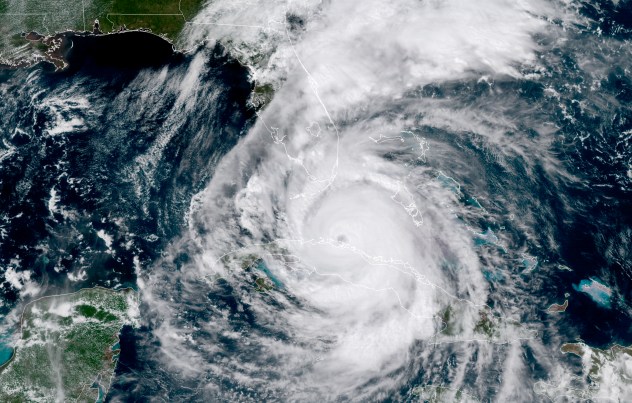 "Particulate matter and water temperatures are linked, in this case, by the 'parasol effect.' The PM parasol effect means that a part of the sunlight is reflected [or] trapped by particles and thus can't reach the surface as it would have if particles weren't there," said Quennehen, who was not involved in the new study. "Less sunlight reaching the surface means less energy and thus lower temperature. Less particulate matter means less reflection, thus warmer waters."

Warm water temperatures above 80 degrees F are one of the key ingredients in the formation of a tropical cyclone. So, thanks in part to the aforementioned parasol effect, water temperatures in the tropical Atlantic Ocean basin are warming, which is creating ideal breeding grounds for tropical development.

"A warming Atlantic Ocean has been a key ingredient to a 33 percent increase in the number of tropical cyclones during this 40-year period," said Murakami.

Moreover, there has been an increase in temperature in the middle to high latitudes in the Northern Hemisphere from the decreased amount of pollution, according to the study. This has resulted in a steady poleward movement of the jet stream from the tropics toward the Arctic, which has led to weaker winds in the upper troposphere in the tropical Atlantic Ocean basin.

The weaker winds in the upper troposphere led to an environment with little to no wind shear, which is another key ingredient in tropical cyclone development.

Low wind shear and warm ocean waters are two of the three main ingredients needed to form and sustain a tropical cyclone, and the decreased air pollution from North America and Europe over the past 40 years has led to an environment in which these ingredients can flourish, the study said. 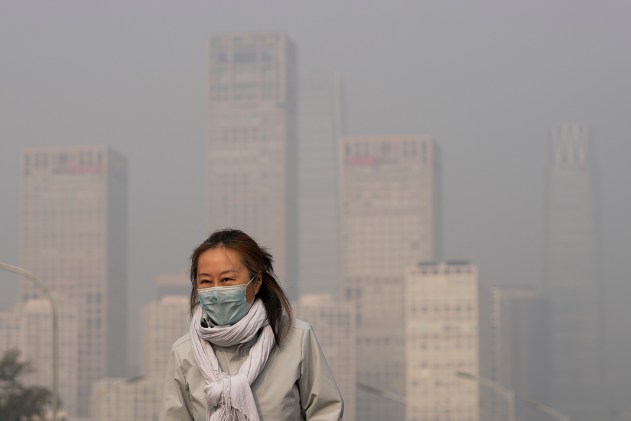 FILE - A woman wearing a face mask to protect from COVID-19 walks against the office buildings in Central Business District shrouded by pollution haze in Beijing, Thursday, Nov. 18, 2021. The U.N. health agency said Monday, April 4, 2022, nearly everybody in the world breathes air that doesn’t meet its standards for air quality, calling for more action to reduce fossil-fuel use, which generates pollutants that cause respiratory and blood-flow problems and lead to millions of preventable deaths each year. (AP Photo/Andy Wong, File)

On the other side of the world, in the western North Pacific, where strong tropical cyclones are referred to as typhoons, quite the opposite is occurring. According to this new research, the increase in air pollution in the western North Pacific has been one of the several factors that has contributed to a 14 percent decrease in tropical cyclones during the past 40 years. Some of the other factors include natural variability and increased greenhouse gasses.

Therefore, the opposite is occurring in the western North Pacific. As Quennehen described above, more air pollution that exists in the atmosphere reduces the amount of sunlight that will reach the surface, resulting in lower temperatures.

In East Asia, the increased amount of air pollution has made the land temperature cooler, which has reduced the contrast between the land and ocean temperatures. Without this contrast, the monsoon winds become weaker.

A monsoon is defined as the change in wind direction that can trigger persistent rainfall or long-duration dry weather. In the summer, the westerly Indian monsoon winds converge with trade winds in the western Pacific Ocean, creating tropical cyclones. However, with weaker monsoon winds, a lower number of tropical cyclones have formed over the last four decades, according to Murakami's research.

Over the 40-year period Murakami examined, there has been a 40 percent increase in the amount of pollution filling the air over the western North Pacific, which has corresponded to a 14 percent decrease in the formation of tropical cyclones, or typhoons as they're called in that part of the world.

Without considering other factors, it might seem as easy as adding more particles, or air pollution, to the atmosphere will help reduce the number of tropical cyclones, but such a concept is not practical, according to Quennehen.

"Adding more particles in the atmosphere is not a viable solution for the Earth and humankind," said Quennehen. "More particles means more heath impacts but also ocean acidification which may lead to the extinction of many marine species."

Murakami suggested that there will be a need for careful policymaking in the future.

“This study indicates that decreasing air pollution leads to an increased risk of tropical cyclones, which is happening in the North Atlantic, and could also happen, if air pollution is rapidly reduced, in Asia,” said Murakami. “The ironic result suggests the necessity of careful policy decision-making in the future that considers the pros and cons of the multiple impacts.”