Communities in Louisiana are still picking up the pieces one year following Ida's landfall, including one along the infamous Cancer Alley that's fighting to keep its residents out of a "vulnerable position" for future hurricanes.

On Aug. 29, 2021, residents of Louisiana held their breath as Hurricane Ida tested the mettle of the levees near Port Fourchon, some 40 miles west of where Hurricane Katrina made landfall 16 years earlier to the day.

While the levees held, fending off fears of another Katrina, category 4 Hurricane Ida brought its own brand of destruction that Louisiana residents to this day continue to recover from - one year later.

The deadly storm itself was poised to dump over 10 inches of rain in portions of Louisiana and Mississippi within the first 48 hours of landfall, as 150-mph winds tore roofs from homes, uprooted trees and knocked down power lines.

The "devastating" storm surge, as described in a National Hurricane Center report, was high enough in some locations to overtop local levee systems and communities outside of the levee system were hit by the full force of the hurricane's storm surge.

From its landfall over Louisiana to its exit from the Northeast, Hurricane Ida caused $78.7 billion in damages in today's dollars, according to NOAA's National Centers for Environmental Information (NCEI).

The aftermath of Hurricane Ida

A recent report from the National Hurricane Center found that Ida had directly caused 55 deaths in the U.S., along with an additional 32 indirect deaths, many of which were the result of heat exhaustion due to widespread power outages in the wake of the storm. A heat advisory was issued for parts of Louisiana and Mississippi in the following days, with RealFeel® Temperatures hovering at or around 100 degrees Fahrenheit on Aug. 31, in New Orleans and Houma, Louisiana.

Lights and air conditioning flickered out as Ida caused more than one million customer outages across Louisiana, Mississippi and Alabama. As the storm moved into the Northeast, reports from the U.S. Department of Energy's Office of Cybersecurity, Energy Security and Emergency Response (CESER) showed at least 232,000 customers lost electricity across Pennsylvania, New Jersey, New York, Connecticut and Massachusetts.

Electricity was almost entirely restored within 24 hours in the northern states, but CESER estimated only 85% of power had been restored in Louisiana by Tuesday, Sept. 13, over two weeks following the storm.

"While power restoration has occurred, there are still some other challenges relative to infrastructure," Casey Tingle, the director of the Louisiana Governor’s Office of Homeland Security and Emergency Preparedness, told AccuWeather Prime host and Senior TV Weather Broadcaster Adam Del Rosso during a special one-year anniversary segment.

Thousands were displaced from damaged or destroyed homes, including that of St. John the Baptist Parish resident Jo Banner. A year following Ida's landfall, she told AccuWeather that she hopes to move back into her home a few weeks following the hurricane's year anniversary.

Noting the emotional turmoil of the process, Banner said, "it's absolutely hell to go through this because it's just a lot coming at you."

While picking up the pieces of her life before the storm, Banner in turn offered recovery aid to her community through an organization she had co-founded with her sister back in 2019 -- The Descendants Project.

The project was originally created as a resource for her small community of Wallace, which sits nestled in one of the bends of the Mississippi River less than an hour's drive from New Orleans and in the middle of the infamous Cancer Alley. In this 85-mile stretch of land from New Orleans to Baton Rouge, nearly 150 oil refineries, plastic plants and chemical facilities were built among sugarcane fields, remnants of former slave plantations, historic cemeteries and communities.

The corridor of petrochemical plants has polluted largely African American communities with one 2021 study finding that predominantly African American graveyards in Cancer Alley have more multihazard exposure than other cemeteries due to accessibility and flooding.

Data from the U.S. Environmental Protection Agency's National Air Toxic Assessment map showed the cancer risks in predominantly African American districts in St. James Parish, another community in Cancer Alley, could be at 104 and 105 cases per million. The same threats in predominantly white districts range from 60 to 75 per million, according to the EPA data.

A plantation home serves as the group's headquarters, which Banner bought and moved onto the property before learning it was the same plantation that had originally been built on the land. Now, they plan to set it up as a hurricane recovery center for the community. 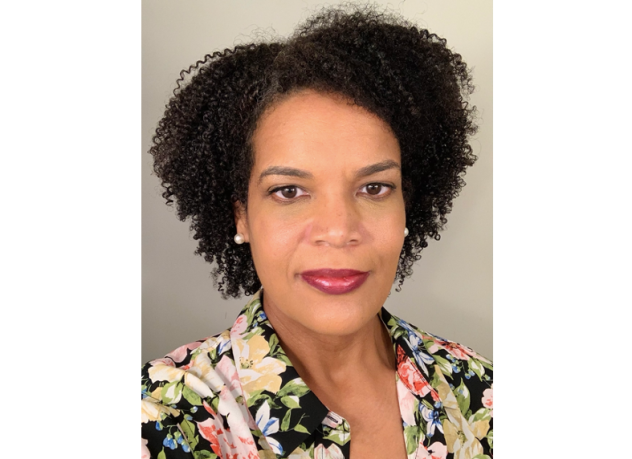 Jo Banner, the co-founder of The Descendants Project. (Jo Banner)

Banner plans on installing a kitchen to provide hot meals, adding a generator and solar panels and setting up the rooms for temporary housing after a storm.

Even without the plantation fully set up to serve the community, members of The Descendant Project found themselves undertaking the additional task of repairing their community following the extensive damage by helping those who have been displaced by Ida find housing and navigate the bureaucratic process of applying for aid through the Federal Emergency Management Agency (FEMA).

"We have one of our residents that we finally were able to get them into a FEMA trailer a year after the storm," Banner said. "That took a lot of coordination with other groups, other mutual aid groups that we have been working with to find a cut through the red tape of FEMA and to be able to assist."

"We want to make sure that Louisiana stops putting us in this really vulnerable position."
Jo Banner, co-founder of The Descendants Project

At best, Tingle estimates, there are about 3,800 people who are in the process of being housed through the FEMA housing program as a result of Ida, and another 4,600 households in the state's sheltering program who continue to be housed after the storm, making for roughly 8,000 families living in temporary housing.

"There's still tarps on people's roofs, so as much as I think we've come farther, there's still a long way to go," Banner said.

"The housing recovery process is one of the most challenging parts of any large event," Tingle told Del Rosso. "Our existing housing stock and existing housing situations just aren't ready, and there's not enough capacity to be able to adjust with the catastrophic events in Hurricane Laura and Hurricane Ida."

Looking back at the past two years, Tingle added that there are a number of communities in Louisiana that are still in vulnerable conditions, referencing the homes that still have blue tarps on their roofs until they can get needed repairs.

But the answer to protecting these communities lies not just in preparedness, Banner highlighted, but in being more preventative.

"We want to make sure that Louisiana stops putting us in this really vulnerable position," Banner said. "So we need to pay attention to what projects are going on around us."

One of the planned developments that The Descendants Project is currently advocating against is a proposed grain terminal planned by Greenfield Louisiana LLC, a $400 million project nearly the height of the Statue of Liberty that could disrupt historic and cultural sites on the land.

ProPublica reported in May 2022 that a draft of the site's survey detailed how the construction of the grain elevator would disrupt homes, the nearby Whitney Plantation Museum, which also serves as a memorial to the people enslaved and forced to work in the fields, as well as an African American cemetery. The final report, however, contrasted the previous conclusion and instead said that "the project would not result in an adverse effect."

Banner told AccuWeather that in the event of another catastrophic hurricane, the presence of the project could make things more dangerous for her community.

"That would just be so detrimental as far as more particulate matter, more pollution in the air, as well as damaging to the soil and having this really humongous structure right next to us," Banner said. "So if you can imagine, when a storm comes, that's now infrastructure and material that we have to be concerned about...if a hurricane hit that, we are in so much more danger than we ever were with having it next to us."