Residents observed the damage dealt by Hurricane Iota in Bilwi, Nicaragua, on Nov. 17, after it hit the area as a Category 4 hurricane with winds reaching upwards of 155 mph.

The combined impacts from Hurricane Iota and Hurricane Eta, two of the strongest hurricanes to ever strike Central America, have resulted in a humanitarian crisis in the coastal regions.

On top of being the strongest storm system of the 2020 Atlantic season, Iota also struck the exact same area that Eta had inundated just two weeks earlier. The back-to-back blow triggered widespread flooding and further complicated the conditions that have led to deadly landslides, stranded communities and contaminated drinking water for millions.

With millions in several countries affected by the pair of major hurricanes, the need for organized aid and relief from groups around the world is higher than ever.

Here are a few organizations that are on the ground working in the affected countries and how they can be supported:

Steven McAndrew, deputy regional director for the Red Cross, is currently based in Panama and told AccuWeather that aid is needed across a wide variety of countries. He said cash donations are the best way to offer help in this time, but spreading the word and information about the disasters is also crucial. 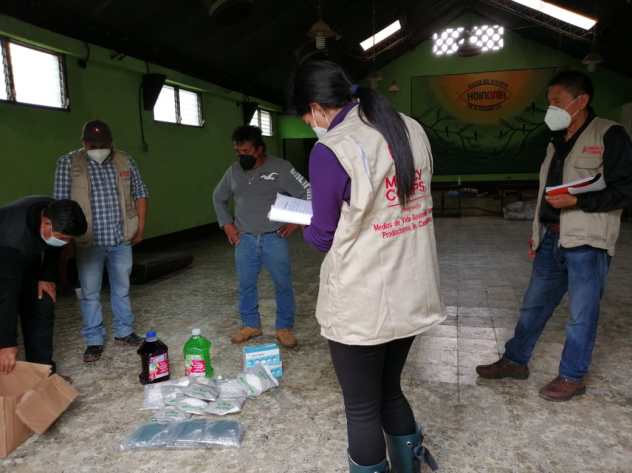 "It’s just about people caring about each other," McAndrew said. "You don’t have to donate large amounts of money, but just spreading the word and letting others know ... So people can just donate their time and really their attention." He said persuading someone to pay attention to the suffering brought about by the natural disasters is important at a time when most people may be absorbed in the election results or other major headlines of the day.

Steve Bloch, director of field operations at World Central Kitchen, shared a similar sentiment with AccuWeather. Part of the organization's goal in supporting communities beyond providing meals to people is providing support for impacted communities by purchasing supplies through local vendors, Bloch said. For that, donations are crucial.

Bloch, who arrived in Honduras shortly after Eta made landfall, said the conditions of roads and the intensity of the floods have made meal deliveries even more difficult than usual.

"We were accessing communities via boat and they’re just completely flooded," he said. On top of the storms' impacts, topographical factors in the countries have also been hurdles. "Honduras and Guatemala are very mountainous terrains," he said. "With this much water, it causes a lot of landslides, making a lot of roads, bridges inaccessible."

Sites such as Charity Navigator, CharityWatch or GuideStar can be used as tools to help vet charities.