Some growers say this could be the final straw for some farmers, who had just gotten back to normal after the destruction caused by Hurricane Irma in 2017.

Hurricane Ian disrupted the lives of many millions across the United States and Cuba during its rampage through the Atlantic last month. The path of destruction left behind by the deadly hurricane included everything from homes to tobacco farms in Cuba to citrus farms in Florida. The results have been devastating.

The strong winds and flooding rain from Hurricane Ian destroyed many crops in Florida which increased the total losses and economic impact from Ian, which AccuWeather estimates to be between $180 and $210 billion in the U.S., according to Founder and CEO Dr. Joel N. Myers. Roy Petteway of Petteway Citrus and Cattle was one of many to have his crops impacted by Hurricane Ian.

Petteway is the owner of a family farm near Zolfo Springs, Florida, located about 50 miles southeast of Tampa. He is a longtime grower and is part of the fifth generation of farmers for the property. In those years, the family has pulled through several challenges.

"We have managed through pests, disease, inflation I mean you name it, we’ve fought it," Petteway told AccuWeather National Reporter Bill Wadell. 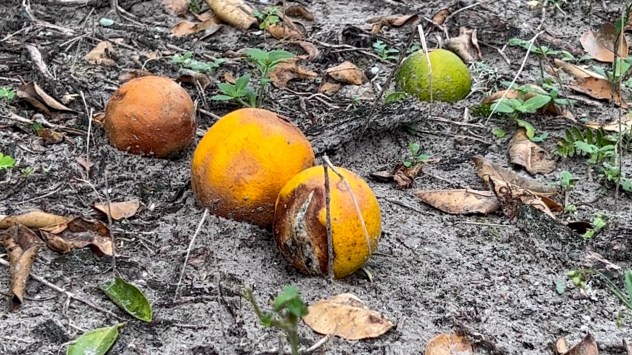 This year, the family had big hopes for the farm going into the last week of September, but that all changed on Sept. 28. On that day, Hurricane Ian became the first Category 4 hurricane to make landfall in southwestern Florida since 2004.

Petteway Citrus and Cattle was in the path of destruction from Ian, which became a new challenge for the farm to overcome. The powerful winds wiped out at least 40% of the citrus crop at the family farm, and even more outside the farm.

“We have substantial damage to the citrus industry. Over 50 percent of the crop is on the ground out there," fellow citrus grower John Matz told Wadell.

The impact on the farm extended beyond crops falling off, as Petteway estimated about 10% of his grove was damaged or destroyed. 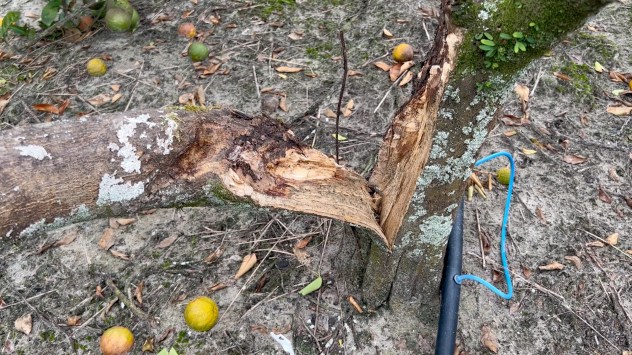 Before Hurricane Ian made landfall in Florida, the USDA's initial citrus crop forecast for the season was already down 32% from last season. After Ian, citrus crop yields will now be down even further and could hit some of the lowest numbers in decades.

Even though the impacts from Ian are the greatest some farmers have seen in over 70 years, the last major hurricane impact to the area came just five years ago when Irma moved through the state. The five-year difference between Irma and Ian is a setback in its own regard.

“When you set a new orange tree it takes five years for you to be able to measure fruit off of it, actually get profit off of it. We were just coming out of that shadow of Irma, where you finally had trees recover the stress from that...and then this happens,” Petteway told Wadell. 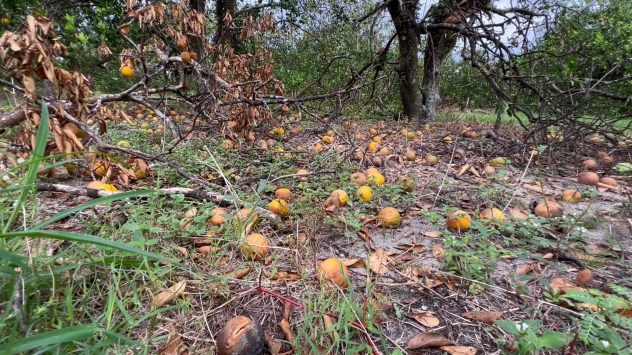 Petteway said these circumstances may be the final straw for struggling family operations, which would extend impacts to consumers. Petteway said he believes quite a few citrus farmers are going to sell out of the business entirely due to the circumstances.

“That would mean less Florida oranges, less grapefruit, and more of these groves disappearing,” he said.

Matz and Petteway insist that they’re not giving up, but they told Wadell they need more support.

“The old adage of, you know, hard times make tough people, they don’t make any [that are] more tougher than citrus farmers right now,” Petteway said.

Boaters speak out after being stranded in Gulf for 28 hours