The wrath of Fiona lived up to its AccuWeather forecast as one of the strongest storms on record to impact Canada. Making landfall Friday, the storm caused major structural damage to communities and forced over half a million power outages across the region.

After bombarding Prince Edward Island, eastern Nova Scotia, western Newfoundland and southeastern Labrador on Friday, Fiona turned its attention to southwestern Newfoundland Saturday. Early Saturday morning, at least one building washed away due to the storm in Port aux Basques, and several others were damaged by tides approaching residences in the area. Some residents fled parts of the community impacted by flooding while washed-out roads cut off the town completely from certain sectors.

The storm took the path to Atlantic Canada after stops in Puerto Rico, the Dominican Republic, the Turks and Caicos and other parts of the Caribbean. 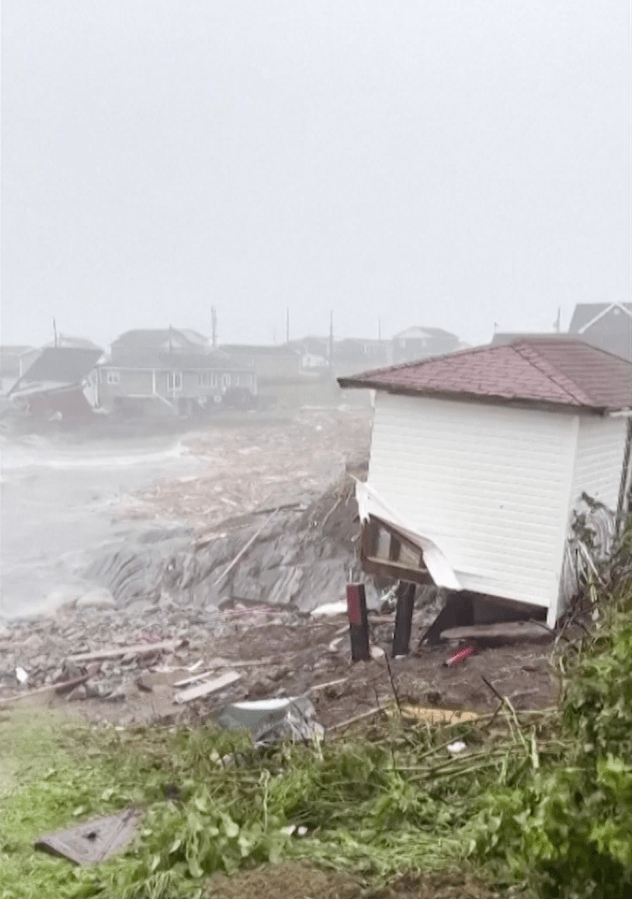 A scary scene in the Port aux Basques community unfolded Saturday morning, as residents could see what appeared to be a large quantity of gasoline on the streets.

In an interview on Saturday morning with CBC Radio One, Port aux Basques town manager Leon MacIsaac stated that he had previously warned locals about Fiona's potential impacts on the community.

"Due to the most recent forecast and likelihood that the sea is going to be much higher than we originally anticipated, we thought it would be prudent to contact as many residents as we could near the south-facing coast," MacIsaac said.

In Nova Scotia, Cape Breton and Victoria County declared a state of local emergency Saturday morning, with officials asking residents to shelter in place. Multiple roads in the vicinity were deemed impassable after Fiona's landfall, and emergency crews have been out responding to those who either lost their roof or had trees collide with houses. 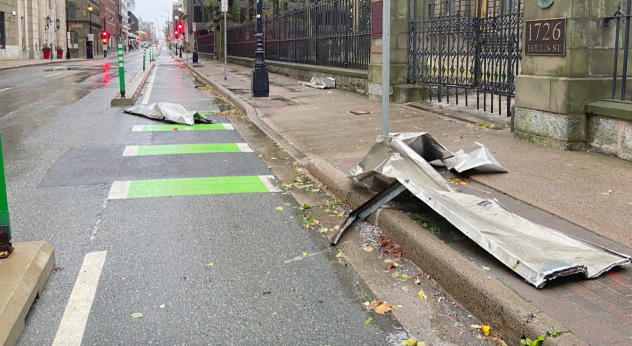 Fiona made landfall in Nova Scotia Saturday, sending the streets into disarray. (Photo via Reuters)

Rampant power outages were triggered due to Fiona's landfall, with roughly 205,000 residents of Nova Scotia without power as of Monday morning, which is around 40 percent of the province's population. The outages also reached more than 80,000 for Prince Edward Island, while neighboring New Brunswick had more than 13,000 without power early Monday.

Early Saturday morning, Fiona finally made landfall along Nova Scotia's Canso Peninsula with sustained winds up to 100 mph, the equivalent of a Category 2 hurricane. 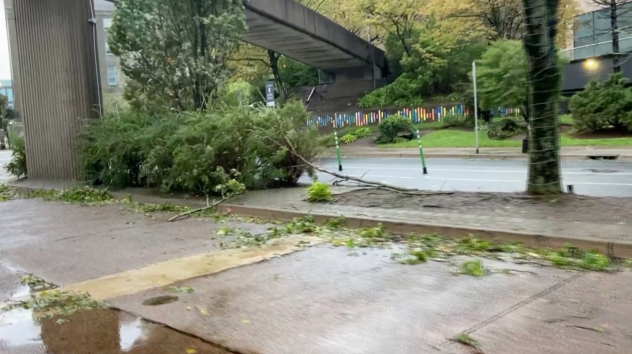 Downed trees were common across Nova Scotia after Fiona's landfall on Friday. (Photo via Reuters)

An unconfirmed report from Hart Island, Nova Scotia, recorded the lowest air pressure in Canadian history. If confirmed, this report would certainly be momentous and would show how unusually powerful Fiona managed to become. The National Weather Service's Ocean Prediction Center pegged Fiona near landfall at 933 millibars, which would comfortably break the all-time pressure record in Canada of 940.2 millibars.