Winter smog: Its causes and effects

Some of the worst cities for air pollution and smog are not recommended for traveling to on low air quality days. This can especially be an issue for those who suffer from any respiratory problems.

Smog is  defined as a fog that mixes with the smoke and other pollutants in the environment. It creates a haze in the sky, polluting the atmosphere. Strangely, this term wasn’t even heard of until the 20th century. Smog and fog are often confused and used in place of one another. However, fog is a natural mist occurring from clouds, while smog is a bit more malignant. 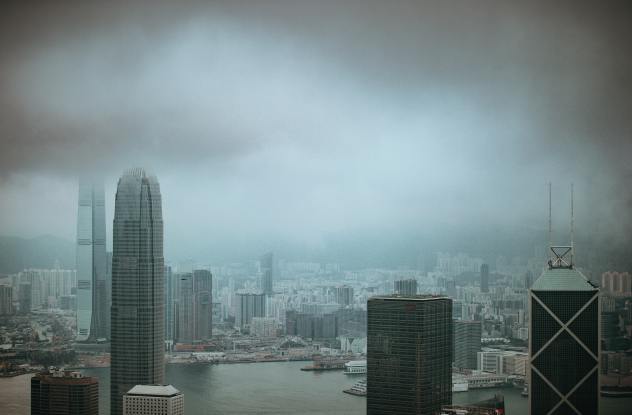 The big issue of winter smog

The worst time for smog is during the winter months. When people have their furnaces cranked, wood-burning fireplaces roaring, and are utilizing fossil fuels; it sends these toxic particles into the atmosphere. The thick blanket of smog is dangerous as the air quality is compromised. The environmental impacts are severe in some cities, like Los Angeles, Seattle, Denver, and New York City. It's estimated that 141 million people in this country breathe in unhealthy air each day, which averages out to four out of every ten Americans.

Some cities around the world, like Beijing, have such issues with the smog that the health and safety of the people are affected. You often see photos of the locals walking around with masks in apocalyptic type photos that dictate how bad the situation has become. In America, as the number of cars on the roads and the number of furnaces crank during the cold weather increase, winter smog is becoming quite an issue. 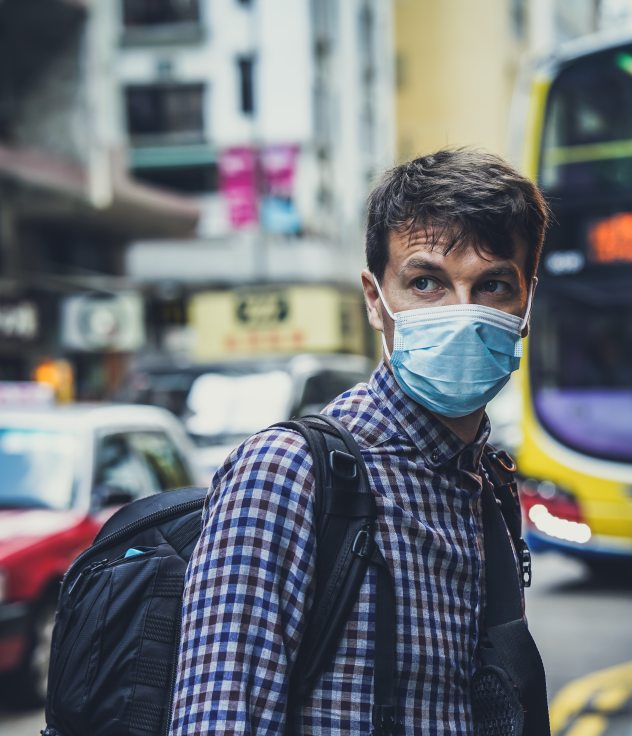 Photo by Free To Use Sounds

Free To Use Sounds

The catastrophic dangers of smog

When smog issues are at an all-time high, you can see a dense cloud form creating a gray sky. The problem is that those with breathing problems and compromised immune systems can be greatly affected. Shockingly, what many people don’t know is that the particles in the air on those smoggy days can be strong enough to penetrate the bloodstream. Once it enters your body, it can cause serious health issues, especially for your lungs. Sadly, there are more than 107,000 deaths each year in this country due to air pollution. 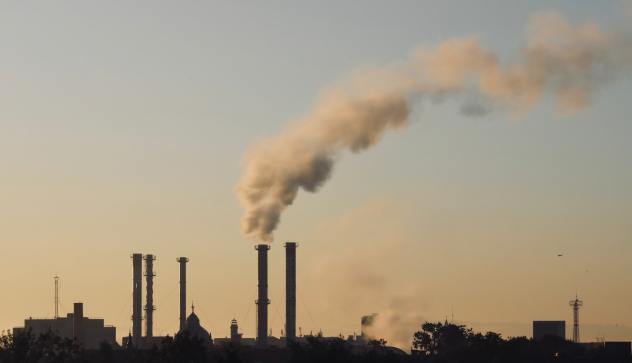 The smog problem is significant in the winter months because coal and other fossil fuels are burnt to keep buildings and homes warm. Commercial businesses use coal more so than homes nowadays, but the energy demands soar during the winter. When the skies are overcast, they trap pollution, not allowing it to escape properly. Have you ever driven by a manufacturing plant and noticed that on cloudy days that the smells are more pungent? The heavy cloud cover traps these toxins and particles in the air. Pollution that is trapped beneath the cloud line forms smog, and it’s becoming a significant issue in many states. 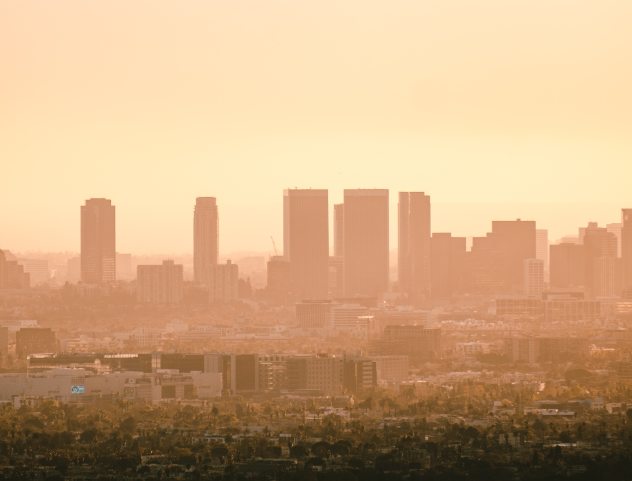 Why is California so greatly impacted?

California is one of the worst areas of the country for smog. Experts believe it’s caused by the vast amount of industrial activities as well as vehicle emissions. It’s not uncommon for cities to suspend production in factories on days when the smog is at dangerous levels. On occasion, schools may even be closed. Prolonged exposure can be dangerous, so having a mask that can filter out PM 2.5 particles during this time of year is essential for many. The effects are too harmful to ignore. Thankfully, listening to your local weather forecast will warn you when there is a smog issue and when it’s necessary to take the proper precautions.

Each city around the country receives a number daily based on the air quality report of the area. In many regions, you never hear the numbers because smog and air pollution are not a significant concern. However, other areas depend on these reports to ensure the public’s safety.

The purpose of the AQI is to alert you when the air quality  is compromised so that you can take the proper precautions. The measurement scale for this report ranges from 0 to 500, and the higher the number, the worse the air quality. If a city receives a number of 40, then their air quality is relatively safe. However, cities that score into the high 300 or 400 number range are in danger. Mandates from the EPA strictly monitor the hazardous air quality. The public’s safety and health are of utmost importance. If there is a smog issue that affects the public, your local weather channel will update you. Any warnings issued will be heavily covered to ensure the people are warned. 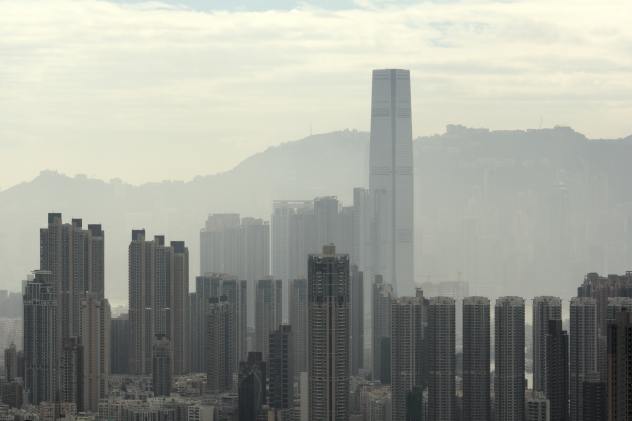 The phrase PM2.5 simply means Particulate Matter. Researchers use this term to dictate when there are air pollutants that are at or below 2.5 micrometers. The particles in the equation come from many different sources, which include nature, vehicle emissions, and the burning of fossil fuels. When the particulate matter is at 2.5, then it can be harmful to those that breathe in these toxins. It can cause viruses and other dangerous matter to be inhaled. Studies have shown that when particles are at this level that the number of outpatient visits to the ER increases. It’s one of the causes of both respiratory and cardiovascular diseases. The U.S. Environmental Protection Agency monitors the PM levels daily. 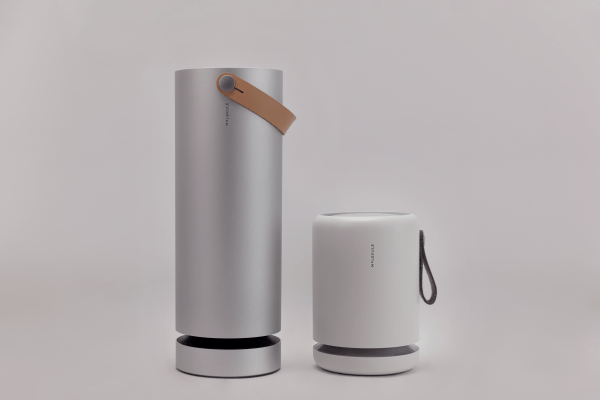 During the 1970s, the need for pollution control regulations was identified. The government has pushed to make improvements to air quality by using technologies that are cleaner. However, some areas still have high levels of particulate matter, especially during the winter months. People who live in the Salt Lake Valley and Denver areas often have an issue with exceeding the limits set by the Environmental Protection Agency. Ample sunlight causes chemical reactions that are intense in mountain valleys during temperature overturns. Warm air traps the pollutants in the cold air. The contaminants are often made up of farm chemicals like ammonia. When everything combines, it makes nitrate aerosols, which is one of the main components of PM 2.5. Farm chemicals can be just as dangerous to the atmosphere as the emissions from vehicles.

What you can do to protect yourself

The management of smog must be done on a personal level as well as a government level. Though the causes are all the same, some areas will have more of a concentration of farm chemicals or vehicle emissions than others. However, you can protect yourself and your family against the winter smog and its toxic particles. The first thing you should do is to have an air purification system in your home. These systems can alleviate harmful toxins in the air and improve your air quality. Second, if you live in an area where there are warnings about smog and continuous air quality alerts, then its best if you invest in masks for the family. Those that have breathing problems and compromised immune systems should use these masks anytime the air quality report dictates.

With health impacts from smog becoming an issue year-round, not just during winter, it’s important to stay on top of the latest forecasts. They will alert you of any air quality issues and ozone warnings that you should consider. Always keep your eye on the sky and our weather forecast so that you are properly informed.