The agency said it continues to put pressure on major economies to make greater efforts to cut their fossil fuel use, even though their efforts have been insufficient. 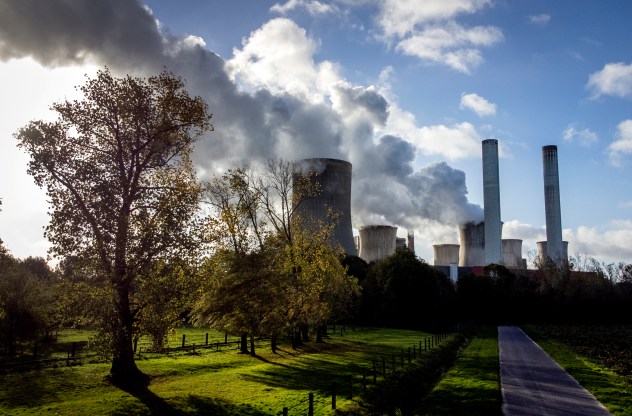 (UPI) -- Humanity failed to adequately address the climate crisis in 2022, despite some major agreements on funding for developing countries being reached, the United Nations said Wednesday.

In a report detailing actions from the past year, the agency said that it continued to put pressure on major economies to make greater efforts to cut their fossil fuel use, even though their efforts have been insufficient.

"Meanwhile, a host of studies pointed to the continued warming of the Earth, and the failure of humanity to lower carbon emissions, and get to grips with the existential threat of the climate emergency," the U.N. said.

The agency criticized the response to the energy crisis caused by the war in Ukraine. It said that the world's major economies had responded to the war by "reopening old power plants and searching for new oil and gas suppliers."

U.N. Secretary-General António Guterres called the reaction delusional at an Austrian climate summit in June. He compared the behavior of the fossil fuel industry to the activities of major tobacco companies in the mid-20th century: "Like tobacco interests, fossil fuel interests and their financial accomplices must not escape responsibility."

While there is still much to be done, the agency did highlight some important achievements.

The U.N. noted that in July, the General Assembly passed a resolution declaring that access to a clean and healthy environment is a universal human right.

Guterres said that the landmark development would help to reduce environmental injustices, close protection gaps and empower people, especially those that are in vulnerable situations, including environmental human rights defenders, children, youth, women and indigenous peoples.

In November, the U.N. Climate Conference was held in Egypt. While talks appeared to drag on and progress was difficult to come by, the world body said that an important agreement was made.

"Negotiators somehow managed to not only agree on the wording of an outcome document, but also establish a funding mechanism to compensate vulnerable nations for the loss and damage caused by climate-induced disasters."

"However, little headway was made on other key issues, particularly on the phasing out of fossil fuels, and tightened language on the need to limit global warming to 1.5 degrees Celsius," the U.N. said.