The holiday staple was hit hard last year with major crop loss, but this year, one farmer explained how months of work have gone into saving the prized pumpkins -- with a little help of sage advice from another seasoned farmer.

Halloween may still be more than a month away, but farmers in California have already been hard at work for months in an effort to save one of the holiday’s favorite staples: a perfect pumpkin for carving a jack-o-lantern.

Unseasonably high temperatures have encompassed much of the West over the summer and into September, complicating growing conditions for the warm-season crops that can thrive in summer temperatures as high 90 degrees Fahrenheit, according to Crate and Basket.

Pumpkins are sensitive to excessive heat and can be sunburned and turn into mush if they are not taken care of properly.

In San Jose, where temperatures neared 110 degrees just last week, farms have been working to ensure the success of pumpkins this Halloween. 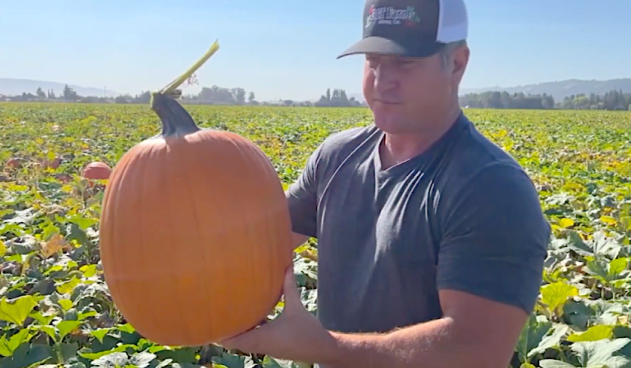 Last year, a fair amount of pumpkins were lost due to a lack of protection, so farmers have taken extra measures to ensure the pumpkins are better protected from heat.

"Pumpkins are different because it's sitting out there in the sun. It just melts it. Burns one side and then after a couple of weeks, it will just deteriorate,” B&T Farms Partner Gary Tognetta told ABC Los Angeles.

In order to prevent another year of losses, farmers have turned to basic principles of plant health in order to protect the delicate pumpkins from extreme temperatures, including amending soil to build up nutrients and allowing the plant leaves to act as a natural canopy and protection, comfortably shading the crop from the blistering heat.

“An old farmer told me, ‘You’ve gotta build the house before you put the people in it.’ Meaning, you build the plant frame,’’ Tognetta said. “That’s done early in the growing stage,” and a lot of fertilizer and water are utilized to give the plants the best chance at survival. 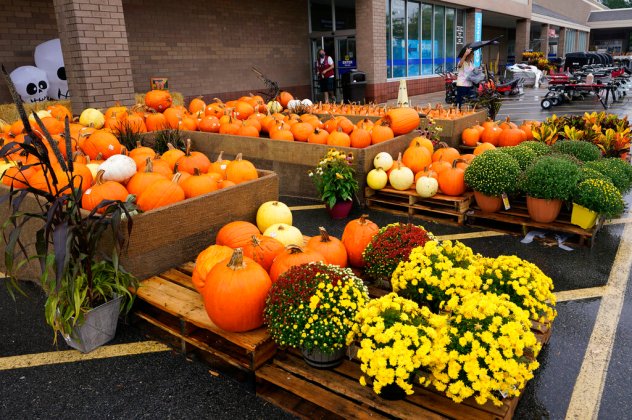 Fresh flowers and pumpkins are on display at a home improvement store in Richmond, Va., on Wednesday, Sept. 22, 2021. (AP Photo/Steve Helber)

Despite all of these efforts, some of the leaves can still be seen drying in the fields this year, but even with that, Tognetta noted that the canopy should still offer better protection.

"Without the plant coverage that we had this year, you could lose quite a few of them. But, here at Spina Farms, we have great coverage of our plants, and the pumpkins look amazing," said Tognetta.

Temperatures in San Jose are forecast to be more seasonal for the next week.

Farmers have hopes that all of their efforts and a little help from Mother Nature will allow for a nice crop that will be ready to pick and carve just in time for the scary season's arrival.