Even after a fire is extinguished, that is not necessarily the end of the story. Besides any cleanup and rebuilding that needs to be done because of the fire, the lack of vegetation after a fire can cause other problems.

Researchers at the Central Sierra Snow Laboratory are using new technology to examine the impacts that wildfires and rain can have on snowpacks.

Wildfires can bring devastation to homes, businesses and the landscape, but even after a fire is extinguished, that doesn't mean the dangers subside. The lack of trees and vegetation caused by a fire can often leave an area vulnerable to other threats, especially when the rainy season begins.

Landscapes can be radically changed by a wildfire -- areas once abundant with trees and bushes can be reduced to ashes and dry soil. The change leaves a noticeable mark on the land and is often referred to as a burn scar.

In many communities ravaged by fire, and particularly in the West, the concern soon shifts to flooding when wet weather arrives. The lack of trees and plants can become a significant issue when heavy rain returns to an area where a wildfire once burned.

"Moisture cannot be absorbed as easily as before, and there is less vegetation to prevent or limit runoff," said AccuWeather Meteorologist Alyssa Smithmyer. 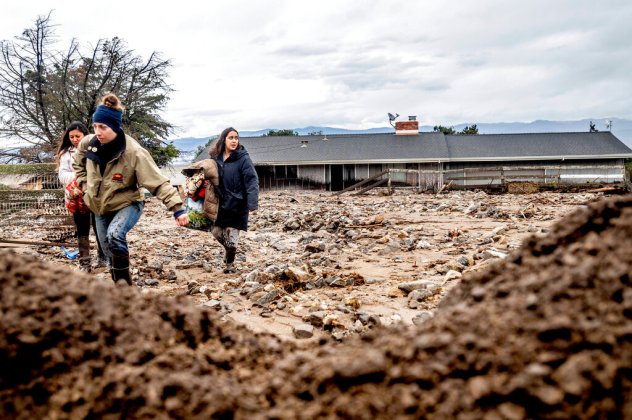 Hana Mohsin, right, carries belongings from a neighbor's home which was damaged in a mudslide on Wednesday, Jan. 27, 2021, in Salinas, Calif. The area, located beneath the River Fire burn scar, is susceptible to landslides as heavy rains hit hillsides scorched during the previous year's wildfires. (AP Photo/Noah Berger)

Not only is the lack of vegetation a concern, but a wildfire can cause changes in the soil itself.

"Soil becomes greatly modified following a wildfire, and is comparable to pavement in terms of its repelling nature," explained Smithmyer.

The combination of these factors means that even light to moderate rain and low rainfall totals can still result in flooding.

Any periods of rain, even amounts less than a half of an inch of rain per hour, that fall over burn scar areas can result in mudslides and debris flows, according to Smithmyer.

One of the most infamous examples of how burn scars can set up deadly and destructive mudflows occurred in January 2018 in Santa Barbara County, California. A major winter storm moved over areas that had been scorched by the Thomas Fire, one of the largest fires in state history, just weeks earlier. The storm's heavy rain triggered devastating mudflows over these burn scar areas in the Santa Ynez Mountains. The powerful mud and debris flows then poured down the slopes into the town of Montecito, leaving 23 dead and destroying more than 100 homes. 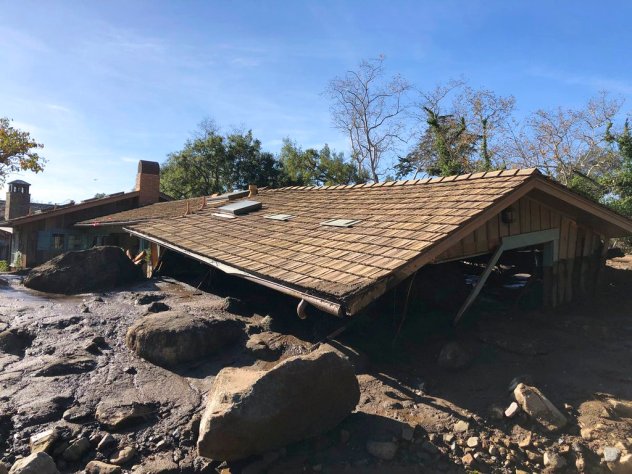 Even though it does not take much rain to cause flooding, mudslides or debris flows, the more rain that falls and the heavier that rain is, the worse the flooding event will become.

Debris flows can consist of mud, rocks, trees, vehicles and even entire homes, according to the National Weather Service. One of the most dangerous aspects of debris flows is their unpredictability. "A debris flow may happen where others have occurred, or in a place that has never seen one before," the NWS states.

"During rain events in the burned areas, regions with steep terrain can turn into danger zones," stated Smithmyer. 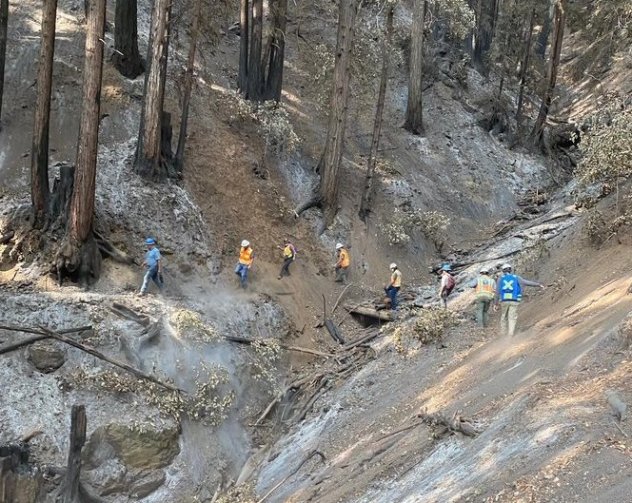 In some of the larger and more destructive fires, the damage to the soil is severe enough that it takes the land an extended amount of time to return to the way it was before the fire.

"After a wildfire event, it can take many years for vegetation to grow back to the level it was previously," said Smithmyer.

The flooding that can result due to the lack of vegetation and inability for the soil to absorb water can cause just as much damage as the fire that burned through a given location. Roads can be washed out and homes and other buildings can be damaged or destroyed.

The force and magnitude of flooding and mudslides can carry them outside of burn scar areas, as mud and debris can move far downstream.

Residents who live in areas susceptible to flash flooding and mudslides and debris flows should always have a plan in place in the case of an evacuation.

Skies went dark: Historians pinpoint the very 'worst year' ever to be alive
'Magical experience' captured on video at Hurricane Ridge
Explorers become 1st ever to reach bottom of mysterious 'Well of Hell'
Report a Typo
Comments that don't add to the conversation may be automatically or manually removed by Facebook or AccuWeather. Profanity, personal attacks, and spam will not be tolerated.
Comments
Hide Comments