'March Miracle' continues as several storms queue up for California

Snow and fog at sunrise at Mt. Diablo

On this webcam timelapse from early on March 17, snow and fog cover Mount Diablo, California, northeast of San Francisco.

After an absence of major storms for much of the winter, the 'March Miracle,' in terms of wet weather, seems likely to continue next week in California.

The storm that brought drenching rain and yards of snow to the Sierra Nevada early this week has now all but cleared out of the state of California.

A lull in storms is forecast late this week to this weekend, but a new series of storms is destined to impact much of the West next week with more rain and mountain snow from Monday to Wednesday.

"It looks like a general 1 to 3 inches of rain during the first half of the week for California alone," AccuWeather Senior Meteorologist Brett Anderson said. 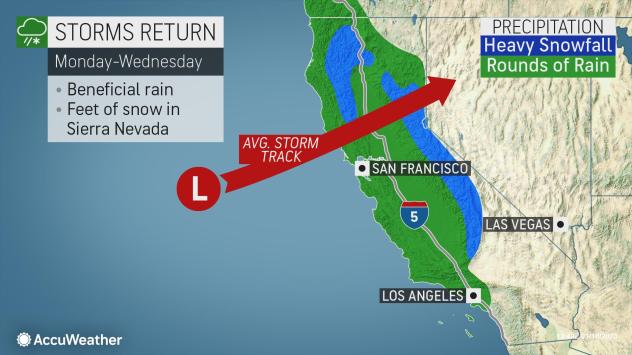 The most frequent rain may focus from just north of Los Angeles to the Oregon border, but some periodic rains will sweep through the L.A. Basin to San Diego and the deserts as well.

The rainfall can cause some problems at the local level as most rainstorms do in the region. These include incidents of mudslides and flash flooding.

"The rain may be spread out enough to prevent a great deal of flash flooding, so this will likely bring more benefits in terms of drought relief rather than problems," Anderson said.

The storms and an associated dip in the jet stream will result in cool conditions across the region. Temperatures will be several degrees below average, especially in terms of daytime highs in Southern California next week.

For example, highs in Downtown Los Angeles may be close to 60 F for a few days, as opposed to a normal high in the middle to upper 60s.

As storm systems sometimes do in the winter and spring, this upcoming series may bring an increased risk of locally heavy and gusty thunderstorms. A small number of these thunderstorms could even produce small hail and an isolated waterspout or tornado.

Meanwhile, heavy accumulating snow is anticipated for the mountains, and besides causing travel disruptions, the snow will largely be beneficial to the parched Golden State.

"While this setup may not bring the couple of yards of snow that its predecessor did, this new series of storms can easily bring another 1 to 3 feet of snow to the high country of the Sierra Nevada from Monday to next Wednesday," Anderson stated.

Snowfall over the mountains, in particular at Donner Pass, along Interstate 80 but also farther south over I-5 over the Grapevine, can be heavy enough to shut down roads for a time. 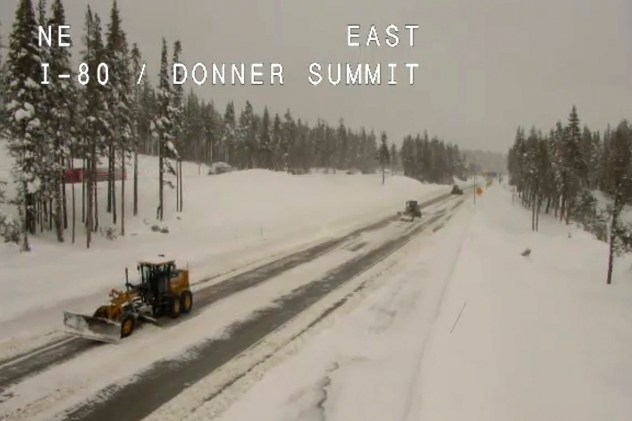 In this still image taken from a Caltrans remote video traffic camera, snowplows work along Interstate 80 at Donner Summit, Calif., Tuesday, March 17, 2020. Another round of snow snarled traffic with more than a dozen crashes on slippery roads in Reno and triggered chain controls on I-80 in the Sierra. (Caltrans via AP)

The snow can fall over the entire three-day period in the Sierra Nevada, but it may take until Wednesday or thereabouts for disruptions to reach the Grapevine as snow levels gradually come down.

As of late Tuesday, Homewood Ski Resort, located in the Lake Tahoe region of California, received 114 inches, or nearly 10 feet of snow, since Saturday. The series of storms during mid-March has brought the biggest snowfall of the winter, which has mostly been absent of wet weather.

During the winter of 2018-19, the biggest storms hit during the middle of the winter, rather than toward the end. However, snow fell consistently all winter to a massive 580 inches (48 feet) around Lake Tahoe.

The winters of 2013-14 and 2014-15 brought very little snow overall to the Sierra Nevada amid a lengthy statewide drought. During the winter of 2014-15, a mere 15 inches of snow fell the entire season at Homewood. With the boon in snowfall of late, the snowfall for the current winter season is now at 263 inches for the resort. The recent eight-year average for seasonal snowfall around Lake Tahoe is in the neighborhood of 260 inches, or about 22 feet.

Deep snowfall in the Sierra Nevada and other ranges in the western United States is essential for runoff into streams and rivers during the spring and summer but not just for recreational purposes such as rafting, pleasure boating and fishing. The runoff fills reservoirs as the water is gradually siphoned off for use by the public, agriculture and utility interests. High country snow is the lifeblood of the region. 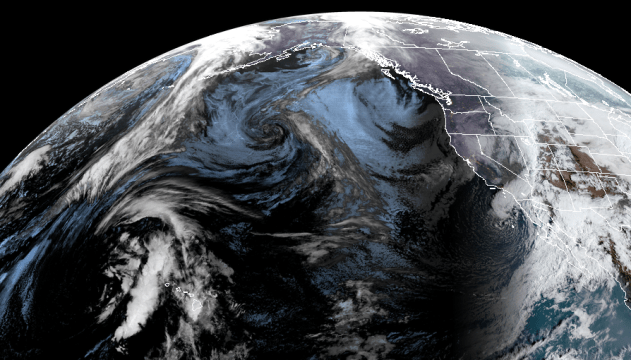 Even though the storm for next week is likely to move along at a faster pace compared to this week's storm, more storms may follow from the Pacific Ocean through the end of March with more opportunities for rain and mountain snow.

The rounds of precipitation through March are welcome news given that the clock is ticking down on the wet season, which typically ends come April. The moisture should help at least to alleviate fire conditions early on in the season, which was looking dire prior to recent rounds of rain and snow.