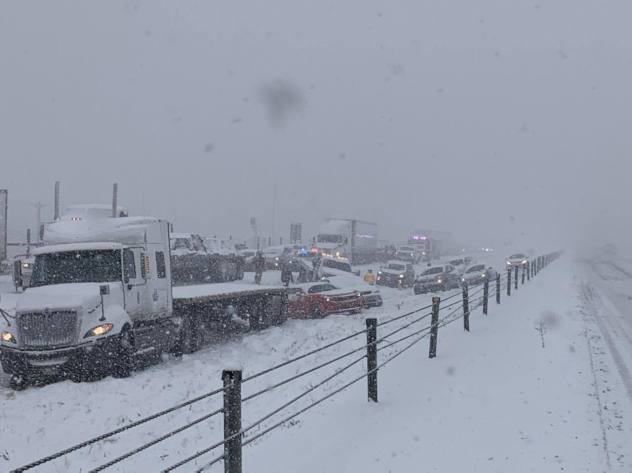 An image of the aftermath of a crash involving 10 to 15 vehicles south of Colorado Springs, Colorado on Thursday. (Twitter/@ColoradoDOT)

The first crash was reported around 1:30 p.m., local time, involving 10 to 15 vehicles on Northbound Interstate 25 around mile marker 127 near Fountain, Colorado, according to KKTV. An oncoming semi-truck continued the pileup, causing further problems.

A two-mile stretch of Interstate 25 was closed between Fountain and Pueblo, Colorado, though the closed-off area was later extended to stretch from northbound mile markers 104 to128. 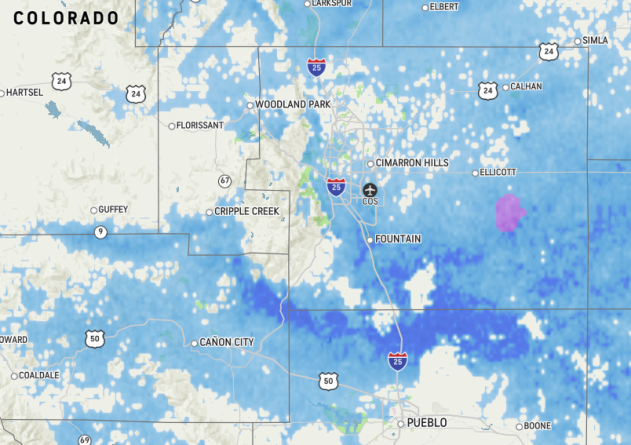 "Colorado Springs had a good burst of snow late in the morning around 10 to 10:30 a.m. and lasted for a couple of hours. Visibility dropped as low as 1/8 mile at the airport," AccuWeather Meteorologist Danielle Knittle said.

At the time of the crash, heavy snow was seen around Fountain and moving south. Snow has been impacting much of Colorado throughout the day on Thursday.

At around 3:00 p.m., local time, the interstate was reopened to traffic, but congestion remained as vehicles behind the pileup began to move. 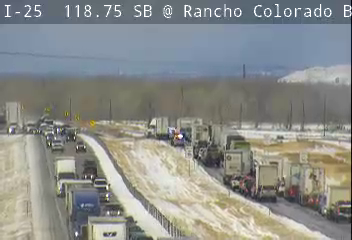 Congestion on interstate 25 following the pileup. (Colorado Department of Transportation)

Just after 3:30 p.m., local time, Interstate 25 northbound was once again closed due to a crash between Exit 119 and 122. That part of the interstate reopened about an hour later.

The Colorado Department of Transportation continues to advise drivers to drive at slower speeds.