What is the Saffir-Simpson Hurricane Wind Scale?

The Saffir-Simpson Hurricane Wind Scale (SSHWS) is a tool that meteorologists use to measure the intensity of hurricanes.

Similar to the Enhanced Fujita Scale used to measure tornadoes, the SSHWS divides hurricanes into categories based on the sustained wind speeds during the storm.

Developed by Herbert Saffir and Robert Simpson, an engineer and a meteorologist, respectively, the scale differentiates storms based on sustained wind speed to describe estimated property damage. Saffir and Simpson wanted to be able to better relay the dangers of a storm to the public.

“They saw that the destructive forces of hurricanes needed to somehow be quantified so people could understand what the strength of the hurricane is,” said Dan Kottlowski, AccuWeather hurricane expert. 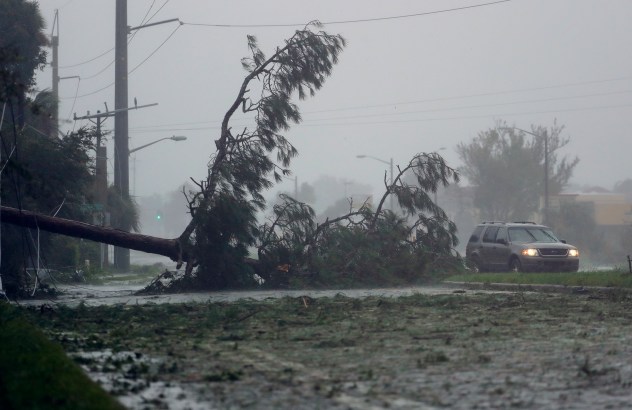 The initial scale, introduced to the public in 1973, accounted for various effects of hurricanes. In 2010, the National Hurricane Center (NHC) introduced a modified scale that accounted solely for wind speed, removing factors such as flood ranges, storm surge estimations, rainfall and location.

The NHC considers storms of Category 3 and above to be major hurricanes due to their potential for significant damage and loss of life. According to Kottlowski, 85 percent of all damage and death occurs during Category 3, 4 and 5 storms.

Below are the five SSHWS categories and their descriptions, according to the NHC. 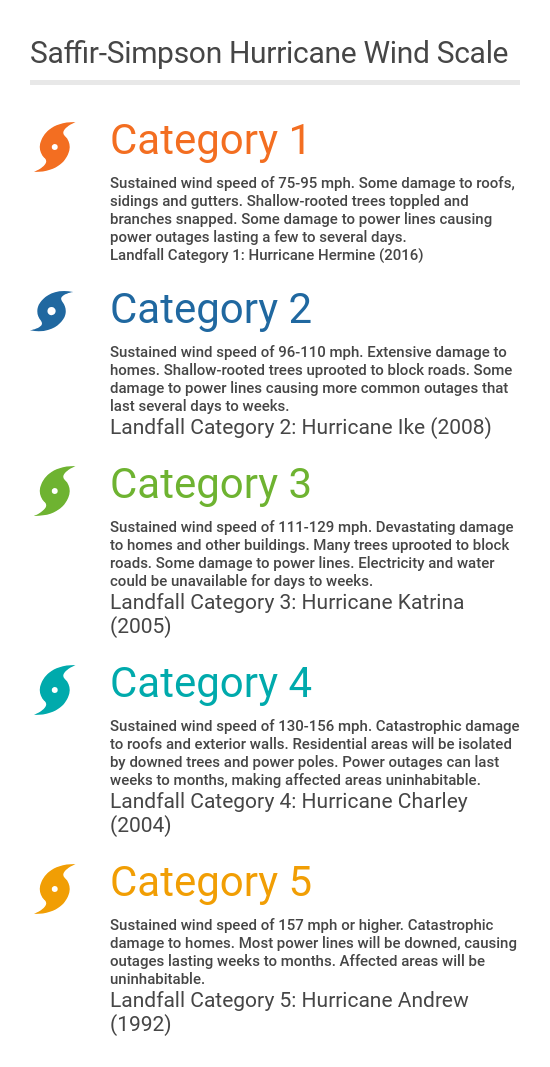 The SSHWS is only part of the equation that determines the destruction that a storm will cause, according to Kottlowski. Storm surge, while not a factor in the SSHWS, is actually the most destructive force during a hurricane.

“Categories give you a rough sense, but not a true sense, because everyone’s coastal area is different so it will all depend on the actual storm surge,” Kottlowski said.

More and more, meteorologists are learning about the importance that the size of a storm plays, Kottlowski said. Due to its massive size, Hurricane Sandy, while not technically a hurricane upon landfall, reflected that of a Category 1 hurricane in regard to flooding and storm surge.

A lower category does not mean that it is necessarily safe for people to remain in their homes during a storm, according to Kottlowski.

“That’s the reason why people have to pay particular attention to what their local officials are saying,” Kottlowski said.