After turning deadly in South Korea, Mitag now has its sights set on Japan.

Mitag first battered the island of Jeju with nearly 300 mm (12 inches) of rain which flooded more than 60 homes and many roadways, according to MBC News.

Mitag then made landfall on the southern coast of South Jeolla Province on Wednesday night before tracking through the southern half of the country.

At least ten people have died and four others are missing in South Korea in the wake of Mitag, according to The Korea Herald. Among the missing include a driver who was swept away on a flooded road and a 72-year-old man who became buried under a collapsed roof.

Landslides have been reported in the country, including in Busan, due to Mitag's heavy rainfall.

Authorities expect the number of deaths to increase as search and recovery efforts ramp up with improving weather conditions behind Mitag. 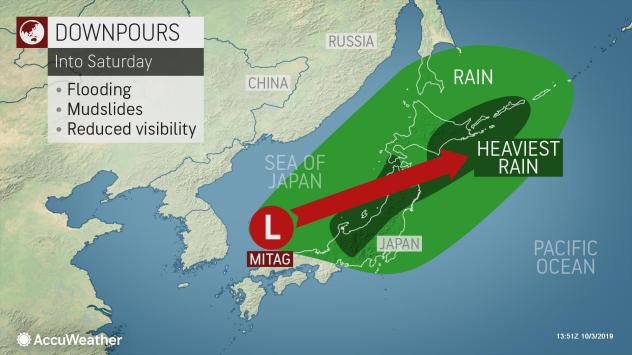 The storm weakened to a post-tropical storm as it entered the Sea of Japan (East Sea) late Thursday and will pass through central and northern Japan through the end of the week.

Honshu and Hokkaido, with these areas at risk for locally heavy rainfall into Saturday night.

"Mitag is a significant system and will bring widespread rainfall of 50-100 mm (2-4 inches)," said AccuWeather Senior Meteorologist Dave Houk. An AccuWeather Local StormMax™ of 150 mm (6 inches) is forecast, and is most likely in the highest elevations.

Rainfall amounts of this magnitude will lead to flooding, especially in low lying areas. Mudslides will also be possible, especially with the sloped terrain. These factors could certainly lead to travel delays. 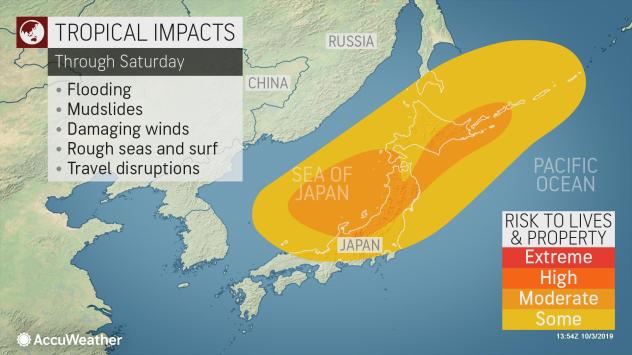 Given the very saturated soil, trees may be toppled more easily leading to blocked roadways and power outages.

Around 225 mm (9 inches) of rain fell on Iriomote Island with more than 100 mm (4 inches) in Ishigaki in the southern Ryukyu Islands.

The hardest-hit location in Taiwan was in the Beitou District of Taipei City where rainfall totaled more than 350 mm (14 inches) from Monday into Tuesday.

The southern Ryukyu Islands and northeastern Taiwan also endured a prolonged period of wind gusts in excess of 80 km/h (50 mph) and local gusts up to 130 km/h (80 mph). 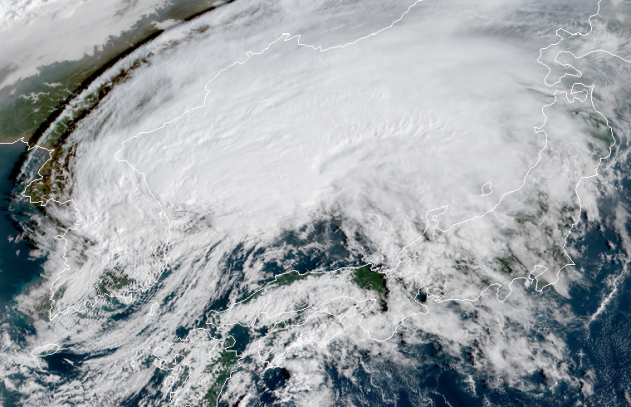 The weather improved across the region on Tuesday as Mitag tracked toward eastern China. However, a bridge collapsed in eastern Taiwan. The collapse may be linked to the recent stormy weather.

At least 10 people have been hospitalized and four bodies were found following the collapse, according to the Associated Press.

As of Wednesday morning, local time, rainfall had totaled 100-200 mm (4-8 inches) from Wenzhou to Zhoushan.

Around 100 mm (4 inches) of rain fell in Shanghai along with tropical-storm-force wind gusts.

Early last week, Mitag battered Guam with heavy rainfall and gusty winds as it developed into a tropical depression.