Trouble could be brewing for farmers in the US Corn Belt 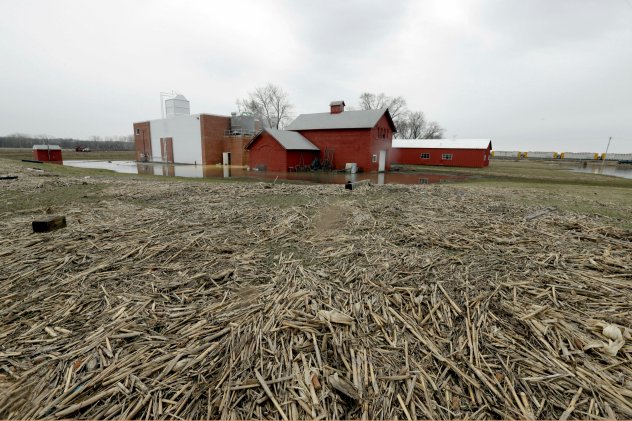 Corn planting is behind schedule in the United States because of the weather in four of the top six states for corn production -- and that situation is not expected to improve when the latest Crop Progress report is issued Monday by the U.S. Department of Agriculture (USDA), according to an AccuWeather analysis.

Illinois, Minnesota, Indiana and South Dakota are the four states significantly behind schedule and expected to remain that way, according to AccuWeather meteorologists who have been analyzing the data. Those four states combined produce nearly 40% of the corn in the U.S. If the weather continues a wet pattern through late May, consumer prices could go up this summer.

Iowa and Nebraska, the other two states among the top six corn producers, are only slightly behind, according to data from the USDA.

“The question will be how much farther it will fall behind the pace,” said AccuWeather senior meteorologist Jason Nicholls. “It’s about a week behind schedule right now. If it were to go to a week and a half or two weeks, that’s big news.”

Corn is vital to Americans and the U.S. economy; as The Washington Post noted, “The grain is so ubiquitous that it would take longer to list the foods that contain traces of it than to pinpoint the ones that don’t.”

It is grown in most U.S. states, but the bulk of production is centered in Northern and Midwestern states known as the U.S. Corn Belt. The U.S. is the largest producer of corn in the world with almost 100 million acres of land reserved for corn production.

In case you missed it: Severe weather, flooding plague the central US; Massive landslide displaces hundreds in Bolivia
Severe storms unleash tornadoes, damaging wind and hail in Texas
Severe weather threatens parts of the southeastern US to end this weekend

Iowa and Illinois lead the way in corn production, combining for nearly one-third of the corn produced. However, rain throughout the early planting season, particularly in Illinois, has thwarted planting efforts.

“Most of the problems are because of consistent rains, plus there is also rain in the forecast,” Nicholls said. “Of the two key producing states, Iowa isn’t too bad, but Illinois is way off schedule.”

"It was just too wet this week for there to be a national catch-up,” Nicholls said. “Most of the corn should be in the ground by May 15 in the South and by June 1 in the North. After those dates you start to risk losing significant yield.

“We think one of the weeks in late May will end up being drier, maybe at the end of the month,” Nicholls added. “But the week of May 6-12 looks pretty wet and May 13-19 doesn’t look good either.”