The silent killer: How to protect your home against radon gas

Radon is an odorless, tasteless and colorless gas that poses serious health risks and can go undetected inside homes for years. The highest radon levels indoors are usually found during winter.

Unbeknownst to millions of families, the leading cause of lung cancer among non-smokers could be lurking inside their homes.

Exposure to radon, a naturally-occurring radioactive gas, claims an estimated 24,000 lives annually, according to the National Academy of Sciences (NAS).

Many victims have never smoked a cigarette, according to the American Lung Association.

Radon, a Class-A carcinogen, is the second-leading lung cancer threat overall, according to the Environmental Protection Agency (EPA).

The odorless, tasteless and colorless gas can be found anywhere and can go undetected inside homes for years. 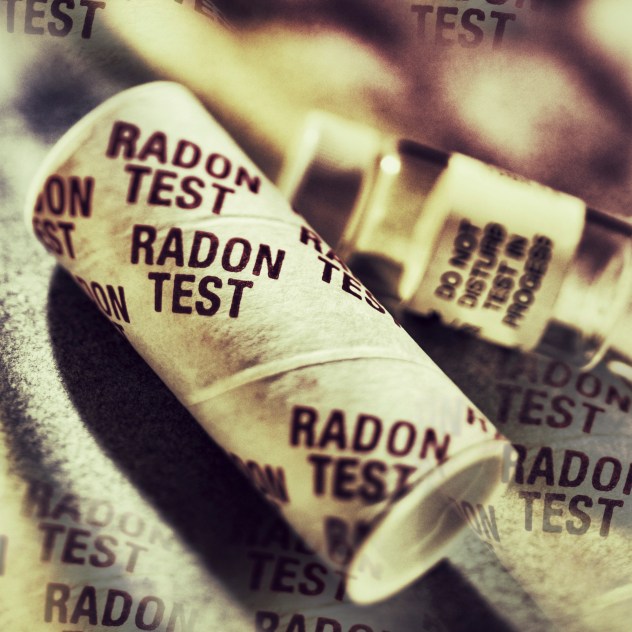 The Environmental Protection Agency (EPA) reports that one in 15 homes will test at or above the EPA’s action level of four picocuries per liter (pCi/L).

A picocurie is a measure of the rate of radon’s radioactive decay.

“No data can predict a radon level at a particular building," said Kimberly Steves, director of the Kansas Department of Health and Environment’s Radiation Control Program. "The only way to know is to test."

The American Lung Association states that the greatest radon exposure occurs inside the home as it seeps through cracks in floor drains, walls, floors and construction joints.

Radon levels tend to be highest in basements and first-floor rooms that have contact with soil.

The gas can also impact drinking water; radon dissolved in groundwater can escape into a home’s air as water leaves a faucet, putting homeowners with private water wells at particular risk.

A 2017 U.S. Geological Survey (USGS) study found that 14 percent of wells across certain parts of Pennsylvania had radon levels at or exceeding the EPA’s proposed alternative maximum contaminant level of 4,000 pCi/L.

Pennsylvania has one of the most serious radon problems in the United States, with more than 40 percent of homes testing above 4 pCi/L, according to the state’s Department of Environmental Protection.

Colder conditions in winter can increase indoor radon levels, though levels tend to fluctuate throughout the year.

“One theory is that when the house is all sealed up tight against the cold weather, the radon levels will tend to be higher because there is not as much air flow for it to dissipate,” said Steves.

“For instance, if the mean average temperature is 56 F, testing when average temperatures for 24-hour periods are 56 F will be more representative of building pressures and mechanical operations that occur most of the year,” a Midwest Radon spokesperson said. 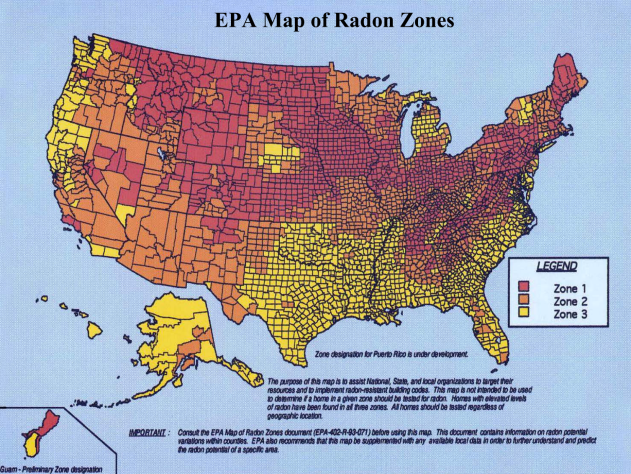 Testing during the heating season is appropriate for most climates, according to the EPA.

“The most important thing people can do to prevent radon-induced lung cancer is to either prevent radon from ever entering their home or to test and fix a home which has elevated radon,” said Steves.

Checking for indoor radon levels can be as simple as purchasing an inexpensive EPA-listed or state-certified do-it-yourself kit.

The American Lung Association does not recommend testing certain areas such as kitchens, laundry rooms or bathrooms, because fan systems and humidity may affect some detectors.

A professional radon mitigation and removal specialist may be the best option for ridding a home of radon.

“Mitigation involves repairing or altering a building or building design for the purpose of reducing the concentration of radon in the indoor atmosphere,” said Angela Tin, vice president of environmental health for the American Lung Association of the Upper Midwest.

During radon remediation, a fan and vent pipe are typically installed in the basement to pull radon from beneath the home and vent it towards the outdoors.

“As long as the fan is kept running, the radon-laden soil gas is directed outside,” a Midwest Radon spokesperson said. “A little like running a bathroom fan to direct smells to the outside."

It is recommended that radon testing be conducted about every two years.