The most common ways people spark devastating wildfires in the US

Millions of acres of land are burned by wildfires every year across the United States, and humans are to blame for many of the blazes.

On average, there are more than 60,000 human-ignited fires every year across the United States, according to the National Interagency Fire Center. 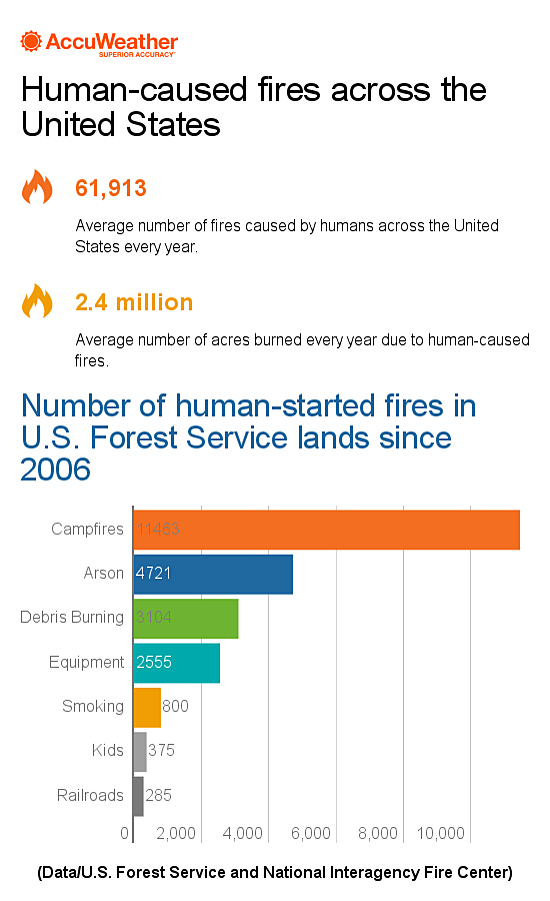 Arson, equipment fires and burning debris are among the most common ways for fires to start in lands managed by the U.S. Forest Service.

While smoldering cigarettes are one of the most common triggers of human-caused wildfires, the amount of fires caused by cigarettes has decreased over the past several years.

A study conducted in 2014 investigated the decline of cigarette-caused wildfires and found that the number of fires declined by 90 percent since 1980. 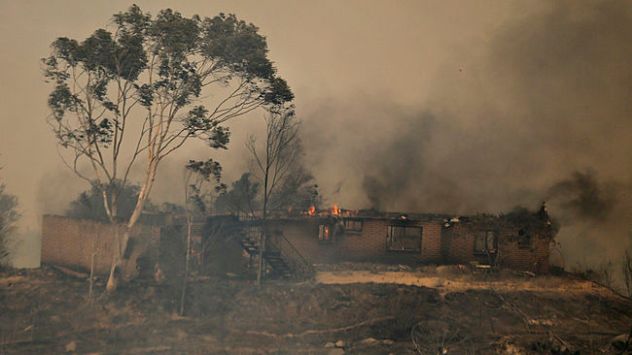 The study cited cigarette designs as one of the main contributing factors to the decline in cigarette-sparked wildfires. Cigarettes are made to avoid sparking fires if they are not put out properly.

Additionally, the study stated that a reduction in smokers only accounts for a small drop in the number of wildfires caused by cigarettes.

The science of wildfires: How these destructive forces of nature create their own weather
66 million dead trees: California epidemic to create 'dire' wildfire situation in coming years

Typically, campfires either grow out of control and the people who built the fire do not have a way to stop it, or they fail to extinguish the fire properly, allowing the fire to re-ignite after they leave.

Here are five tips to follow to significantly reduce the chance of a campfire growing out of control:

1. Check with a local ranger or park office to make sure that it is safe to have a campfire.

2. Have a fire ring for your fire that is made out of stone or metal.

3. Have water readily available to put out the fire if it does begin to grow out of control.

4. Never keep firewood right next to the fire. Make sure to keep it a safe distance away if the fire manages to escape the fire ring.

5. When extinguishing a fire, make sure that it is no longer smoking, crackling or smoldering. The coals should be cold enough where you can run your hand through them safely.